Riley Keough looked sensational as she posed on her bed in her underwear in a picture shared to Instagram on Tuesday.

The daughter of Lisa Marie Presley, 32, wore a white top and matching bottoms by Kit Undergarments and playfully tilted her head to the side as she rested on the mattress.

The highlighted her pretty facial features with some simple make-up and painted her lips with a bright red lipstick. 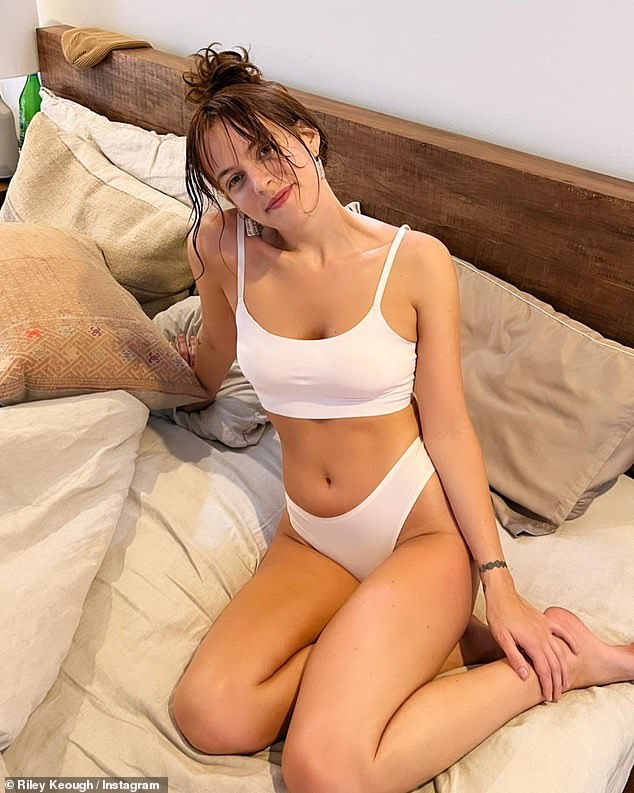 Sizzling: Riley Keough, 32, looked sensational as she posed on her bed in her underwear in a picture shared to Instagram on Tuesday

She wore her brown hair up in a bun on top of her head while strands tumbled down onto her face.

Riley, who is the granddaughter of Elvis Presley, accessorised with a pair of silver pendulum earrings and her tattoo could be seen on her left wrist as she rested her hand on her ankle. 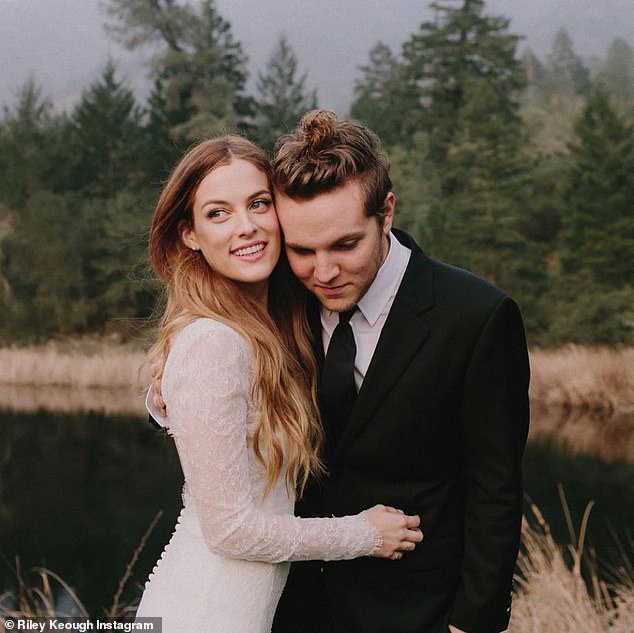 Remembered: The snap comes after Riley told how she became a ‘death doula’ to help process her brother Benjamin’s untimely death by suicide at just 27-years-old

The snap comes after Riley told how she became a ‘death doula’ to help process her brother Benjamin’s untimely death by suicide at just 27-years-old.

She discussed her grief in an interview with the New York Times in June, calling the time after her brother’s 2020 death ‘a year of feeling like I was thrown into the ocean and couldn’t swim’.

After finding herself stuck in a daze for ‘months’ after Benjamin’s death, Riley decided to put herself in a ‘position of service’ as a ‘death doula,’ or someone who guides people through the end-of-life process.

‘The first four or five months, I couldn’t get out of bed,’ she told NYT’s Kyle Buchanan. ‘I was totally debilitated. I couldn’t talk for two weeks.’

Part of her struggle was wrapping her head around the tragedy.

‘It’s very complicated for our minds to put that somewhere because it’s so outrageous,’ she said.

‘If I’m going through a breakup, I know what to do with that and where to file it in my mind, but suicide of your brother? Where do you put that? How does that integrate? It just doesn’t.’

During the darker times, Riley relied on her husband Ben Smith-Petersen and friends, who helped her avoid burying her pain.

‘I wanted to make sure that I was feeling everything and I wasn’t running from anything,’ she said. 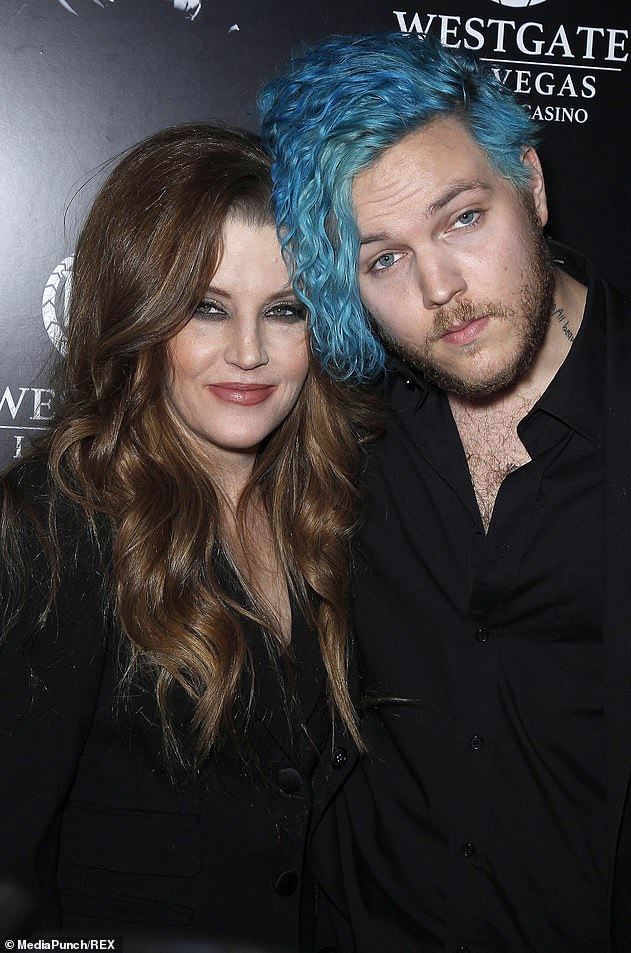 Missed: Their mother is Elvis Presley’s daughter Lisa Marie. Ben is seen in 2015 with his mom above