Paul Merson has admitted he fears for Liverpool without Mohamed Salah and Sadio Mane and believes that Jurgen Klopp’s side are a different beast without their two key players, unlike Manchester City and Chelsea.

The Reds were left frustrated after being held to a goalless draw by Arsenal in the first leg of their Carabao Cup semi-final clash, with both Salah and Mane notable absentees due to the Africa Cup of Nations.

And speaking after the game, pundit Merson compared Liverpool to a handful of their Premier League heavyweight rivals to point out their lack of squad depth. 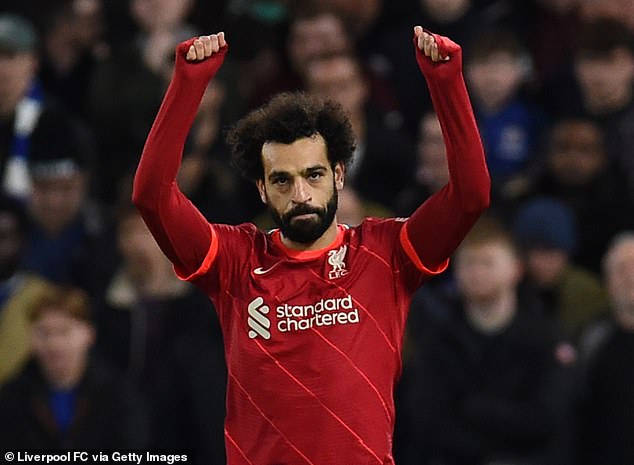 ‘My biggest worry if I was a Liverpool fan? Salah and Mane,’ he said on Sky Sports.

Diogo Jota, Takumi Minamino and Roberto Firmino were instead selected to lead the line, but neither of them were able to break down a stubborn Arsenal team, despite them being reduced to 10 men after Granit Xhaka was sent off. 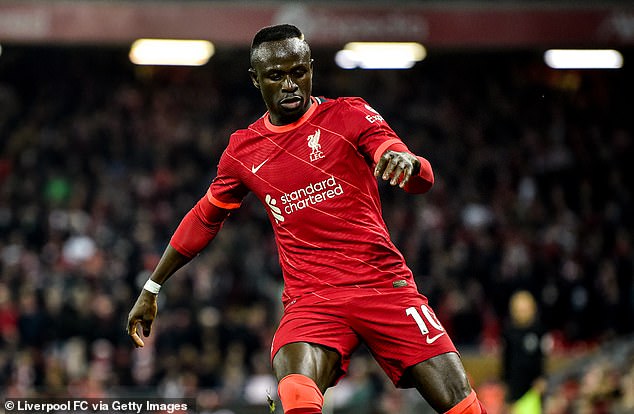 Mane is at the Africa Cup of Nations, and was a notable absentee for the draw with Arsenal

Contrastingly, Salah has scored 23 goals in all competitions, with the superstar having also picked up nine assists. Team-mate Mane, meanwhile, has netted 10 goals – with eight coming in the top-flight – and has one assist to his name.

Jamie Carragher agreed with Merson’s comments, and believes that the club he represented over the course of decades may also find themselves stung by their lack of options beyond their usual first-team faces.

‘Liverpool have always had a great 13 or 14 players they could really rely on,’ he said.

‘When you look at Chelsea, with Ziyech and Pulisic or Mount or Werner or Lukaku, it’s not too much difference. 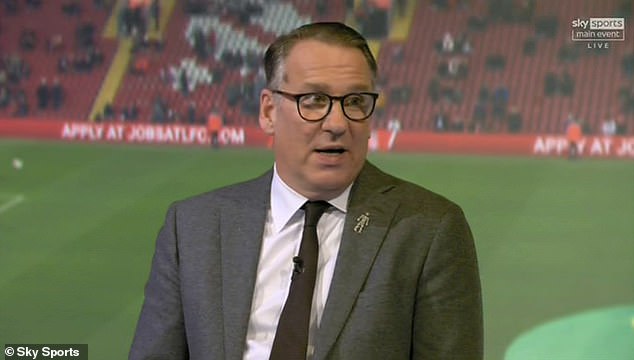 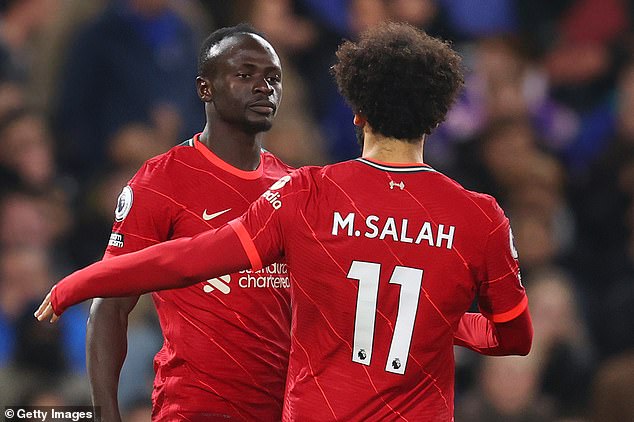 ‘The big thing where Liverpool, I wouldn’t say have been lucky, but what’s brilliant about Salah and Mane is they’re never really injured. They play every single game.

‘They’ve been here for five or six years now, the two of them, very rarely do you never see them. And I think that’s probably the most important thing in football, to get players actually on the pitch. But that’ll be a worry.’

The final of the AFCON is pencilled in for February 6, meaning Liverpool may have to prepare for the coming weeks with Salah and Mane still away on international duty.