Liverpool are reportedly resigned to losing academy starlet Ethan Ennis, with Manchester United and Chelsea set to swoop for the Reds midfielder.

Ennis, 16, starred for Liverpool’s Under-18 side last campaign, scoring three goals as Marc Bridge-Wilkinson’s side reached the FA Youth Cup final, only to lose out to Aston Villa.

The young midfielder’s strong performances at academy level has prompted Liverpool to offer him a scholarship this summer. However, Ennis has rejected the club’s proposal.

According to the Liverpool Echo, the Reds are now understood to be resigned to losing the talented youngster, with United and Chelsea heavily linked with a move.

It is understood that United are closer to landing Ennis at this stage, while the Reds are now fully focused on demanding a development fee for their starlet.

Should Liverpool and Ennis’ new club fail to reach an agreement over the fee, the case will be taken to tribunal to determine what is owed to the Anfield side. 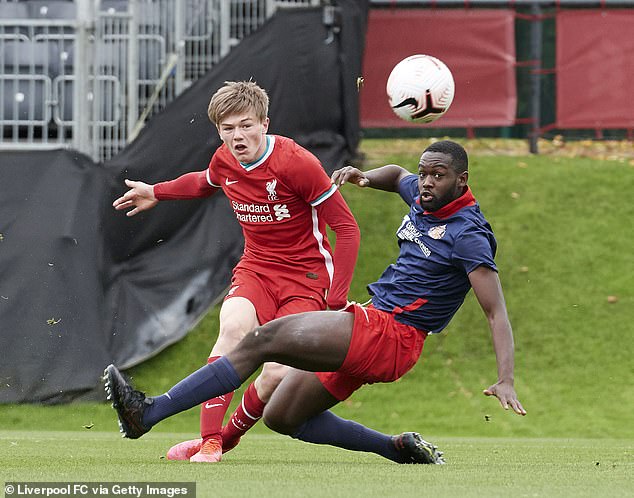 Ennis has rejected a scholarship offer, with Man United and Chelsea in the race to sign him

Had been suggested Liverpool youngster Ethan Ennis could sign for United. Appears he is off to Chelsea instead… pic.twitter.com/cAqgoPAlh4

Elsewhere, Liverpool have secured the futures of a number of Ennis’ team-mates this summer.

Last season, Ennis scored five goals in eight games for Liverpool’s Under-18 side. The 16-year-old has spent time at Chelsea’s Cobham training ground this summer, as revealed on his Instagram.