Lori Harvey clapped back at critics who called her out for her weight loss techniques on social media Friday.

The model, 25, revealed how she dropped the pounds after gaining 15 pounds of ‘relationship weight’ when she first started dating boyfriend Michael B. Jordan.

‘When Mike and I got together, I gained like 15 pounds of relationship weight, and it was horrible,’ she began her TikTok video. ‘None of my clothes fit. It just was not okay.’ 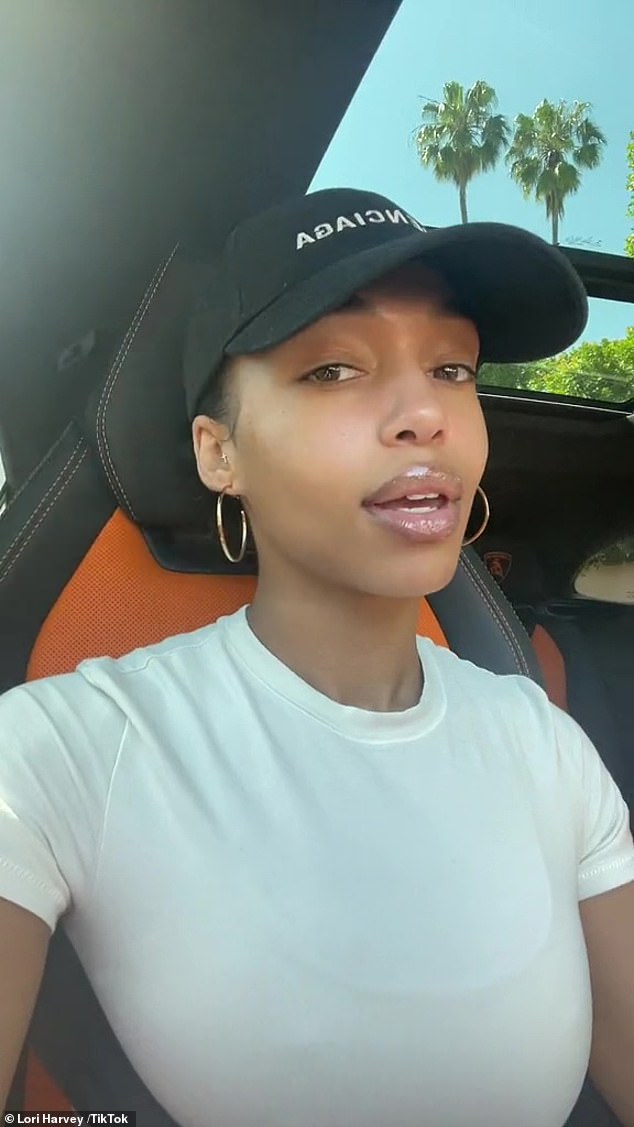 Not having it: Lori Harvey clapped back at critics who called her out for her weight loss techniques on social media Friday

‘I’ve been consistently doing pilates for the past year. I’ve done it for a few years but I’ve been really consistent the last year, ‘ she continued, saying for the first six weeks that she even worked out twice a day.

She then opened up about how she was eating at the time, revealing she was consuming ‘1,200 calories a day max.’

This fact was met with some derision from critics who called out Harvey for potentially influencing others to try her technique for themselves. 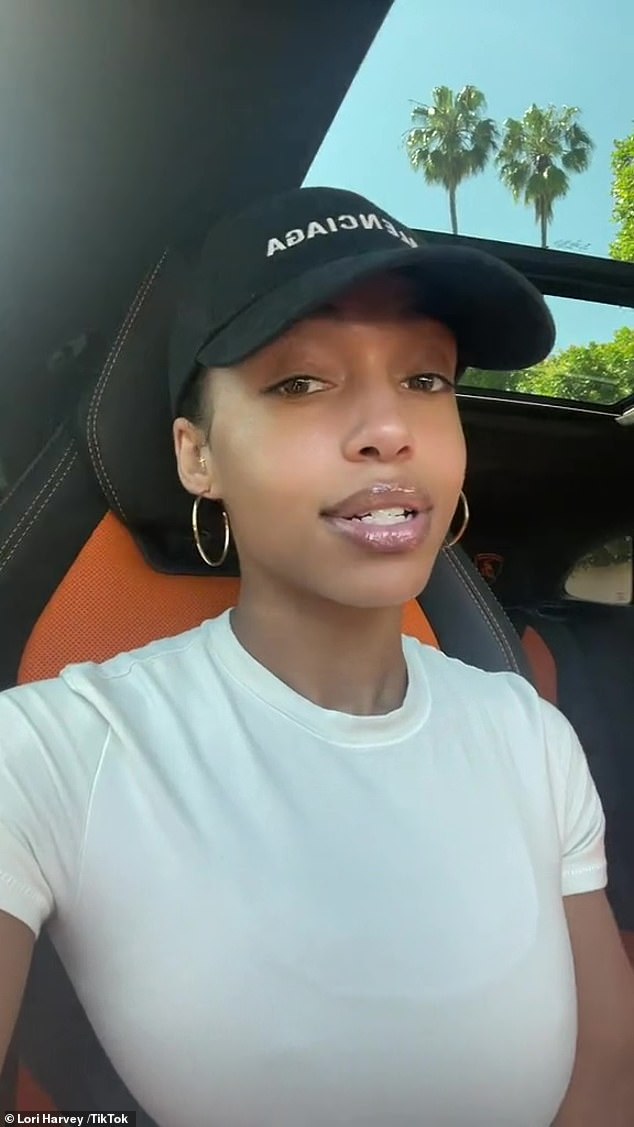 Revealing her techniques: The model, 25, posted a video to TikTok detailing how she lost weight after fans on the social media site inquired 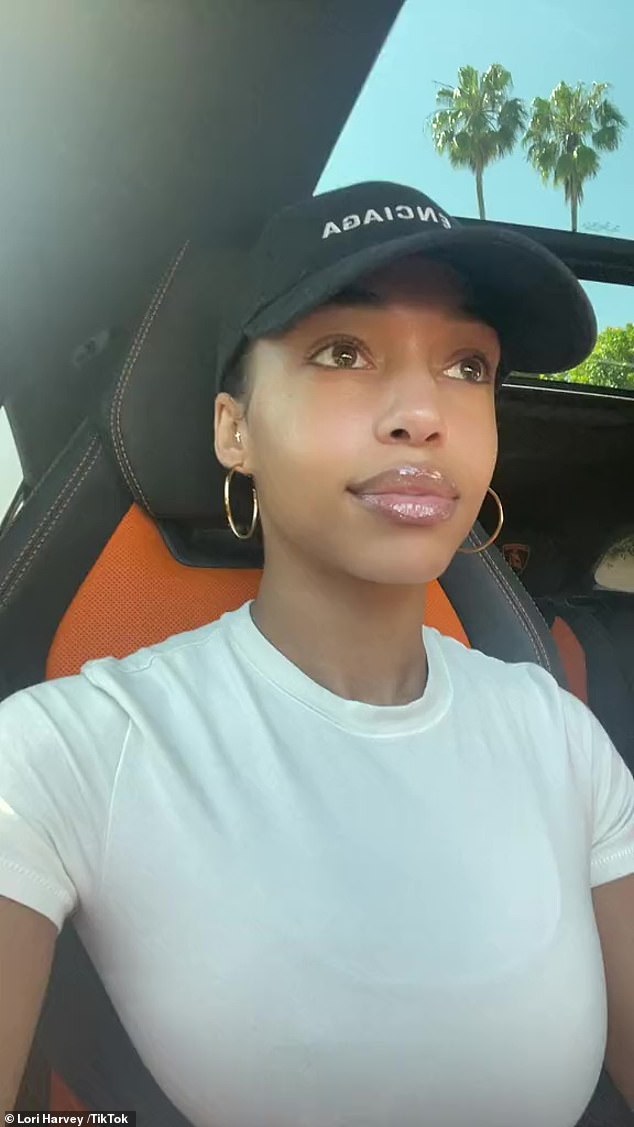 Quickly gaining: Harvey said she gained 15 pounds after she and actor Michael B. Jordan got together 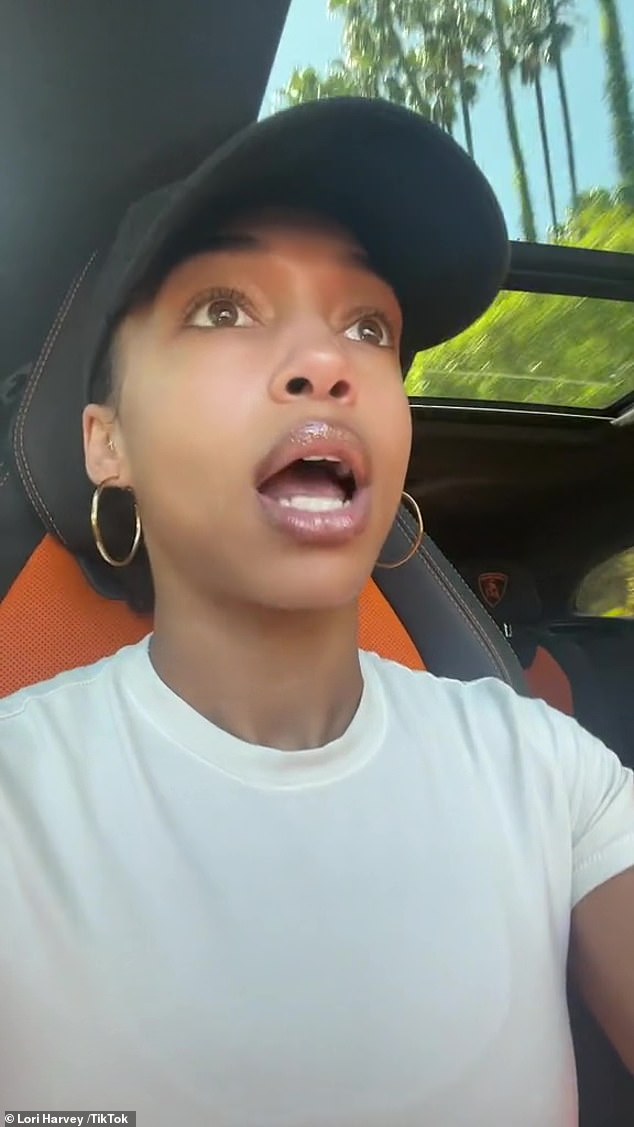 Deficit: She then opened up about how she was eating at the time, revealing she was consuming ‘1,200 calories a day max’

One person on Twitter wrote, ‘I have a degree in nutrition Sciences. 1200 – 1400 calories is the amount recommended for children aged 2 to 3. you’re starving yourselves.’

Well-known author and journalist Ernest Owens wrote on Twitter, ‘Fun, but important, facts: ‘Relationship weight’ isn’t a real thing — but correlating comfort & love to weight gain as if it’s a problem is fatphobic AF. Eating 1200 calories a day after gaining 15 pounds says a lot about Lori Harvey and the society’s fear of fat. All sad.’ 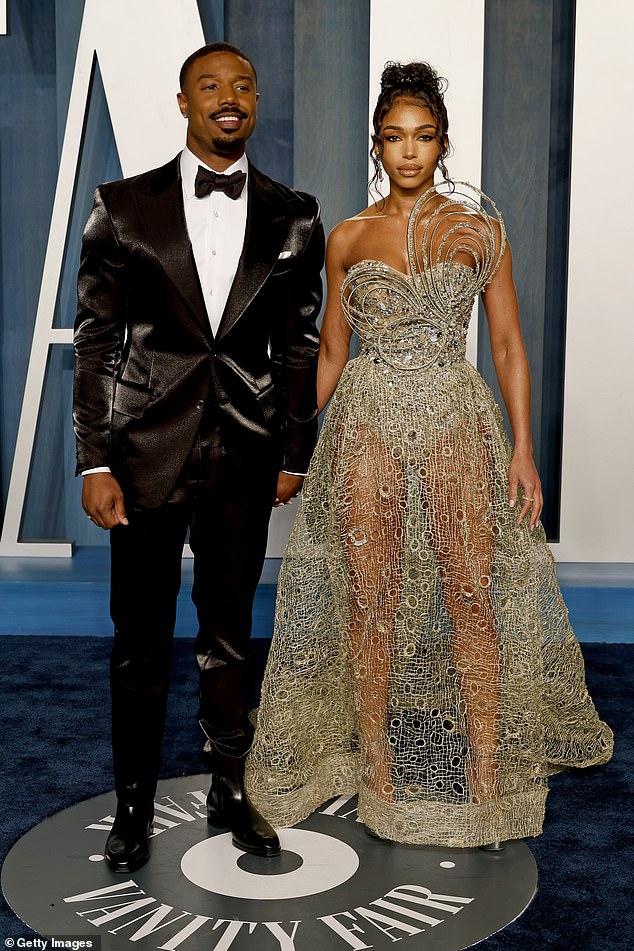 Happy together: The daughter of Steve Harvey and Michael B. Jordan were first linked back in late 2020 and went Instagram official in early 2021

Harvey seemed to be anticipating some blowback because she wrote in the video’s comments section, ‘Before y’all start your sh*t this is what worked for me and MY body..everyone is different so tailor your needs to meet your goals [prayer hands emoji].’

The daughter of Steve Harvey and Michael B. Jordan were first linked back in late 2020 and went Instagram official in early 2021.

Lori’s father Steve joked about their relationship not long after they went official with the Family Feud host saying, ‘I like this one. I still got my eye on him. I mean I like him, but like I say to all of ’em, “I might like you, I might approve of you, but I got a thumb-size section of my heart filled with nothing but pure hatred for your ass. Just in case I need it.”‘

Harvey was briefly engaged to soccer player Memphis Depay, and she dated rappers Future and Trey Songz, among others, as well.