Lori Loughlin was grinning ear-to-ear on Thursday night when she stepped out for a dinner with friends in Beverly Hills.

The 57-year-old actress and convicted felon seemed to be in high spirits after her daughter Olivia Jade, 21, landed a coveted spot competing on Dancing With The Stars.

Lori spent two months in prison late last year after pleading guilty to a felony charge of conspiracy to commit wire and mail fraud in her attempts to get her daughters admitted to the University of Southern California. 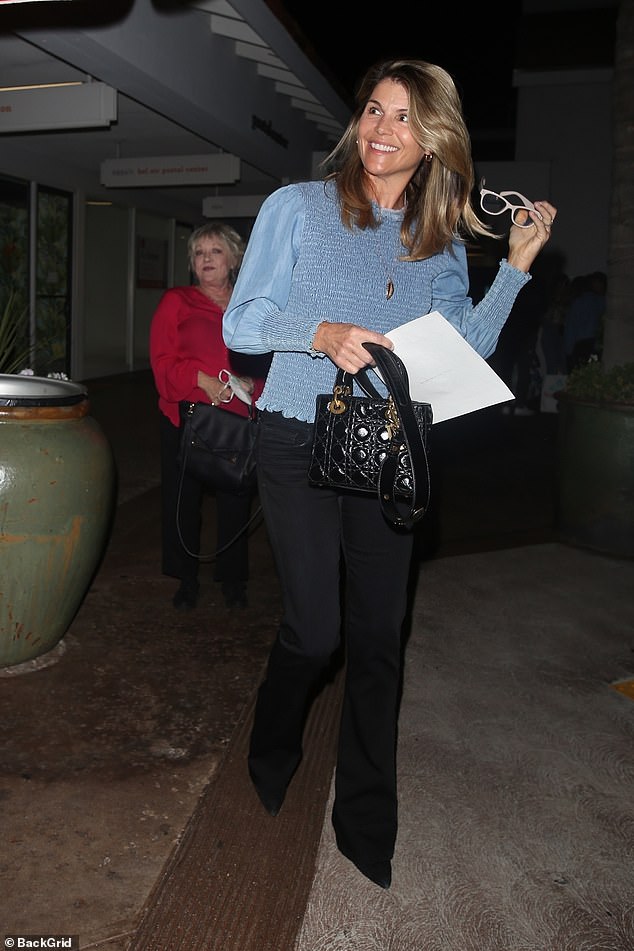 Beaming: Lori Loughlin, 57, was all smiles as she met up with friends for dinner in Beverly Hills. Earlier this month her daughter Olivia Jade joined Dancing With The Stars

Lori didn’t appear to be bothered by her recent legal troubles as she met up with friends.

She looked festive in a powder blue blouse with a textured front and lustrous sleeves.

The Full House actress contrasted it with simple black slacks that reached to the ground and nearly hid her pointy black shoes.

She accessorized with a quilted black handbag and had a pair of white glasses perched on her brunette locks. 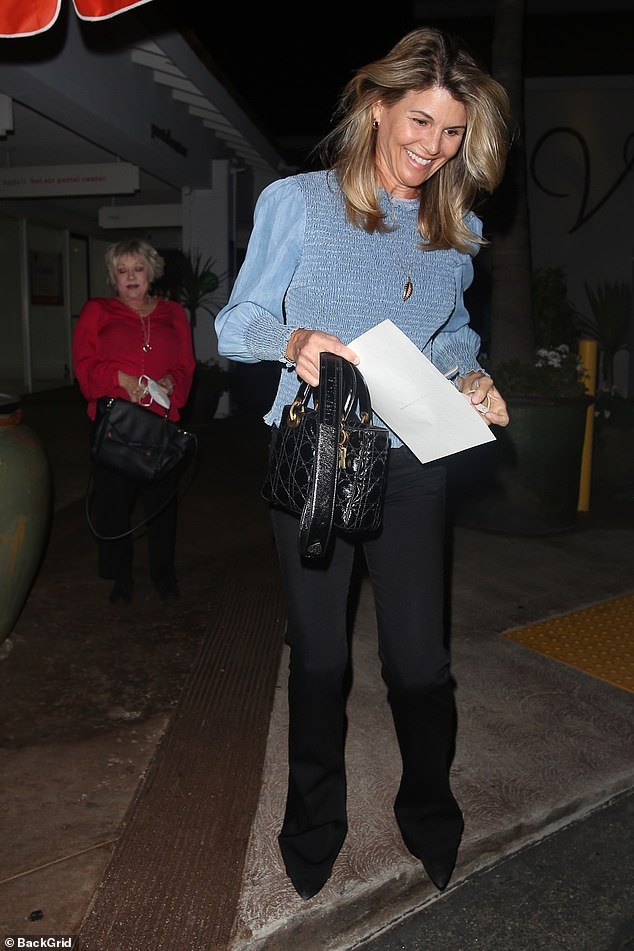 Blue mood: She looked festive in a powder blue blouse with a textured front and lustrous sleeves 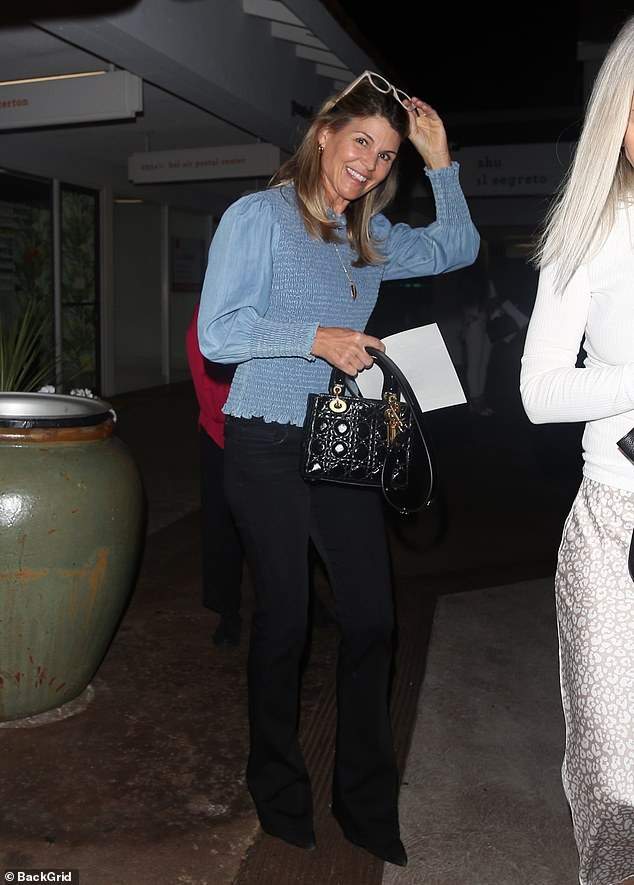 Simple style: The Full House actress contrasted it with simple black slacks that reached to the ground and nearly hid her pointy black shoes 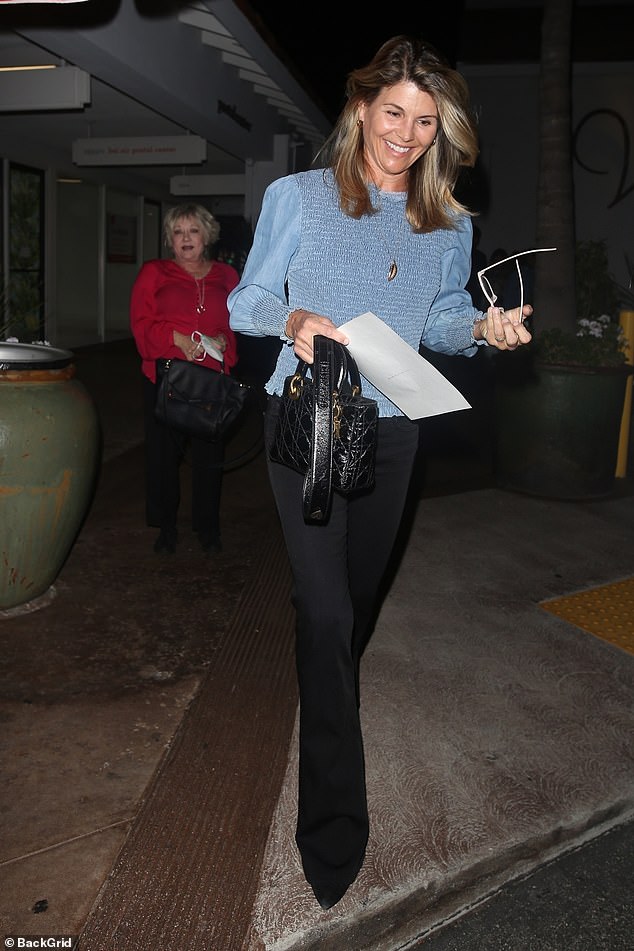 Taking it easy: Lori didn’t appear to be bothered by her participation in the 2019 college admissions scandal, which saw her go to prison for two months

Earlier on Thursday, Lori’s daughter was spotted heading into the Dancing With The Stars studio for rehearsals.

Olivia showed off a hint of her toned tummy in a white graphic T-shirt and kept her look casual with beige sweatpants.

The influencer carried a swirling yellow Fendi tote bag that she’s brought along to previous rehearsals.

She rounded out her look with beige open-toe heels and gold beads strung around her throat, and she wore her golden brown hair tied in a low-slung ponytail.

At a press event on Wednesday, Olivia shared that Lori is in ‘total mom mode’ as she starts work on DWTS.

‘My mom’s been a huge support,’ she said. ‘She’s in total mom mode, like, “Make sure you take an Epsom salt bath.” She’s trying to get me to take an ice bath! I’m like, “I don’t need an ice bath yet!” My sister [Bella] has been telling me she wants to come to every single show.’ 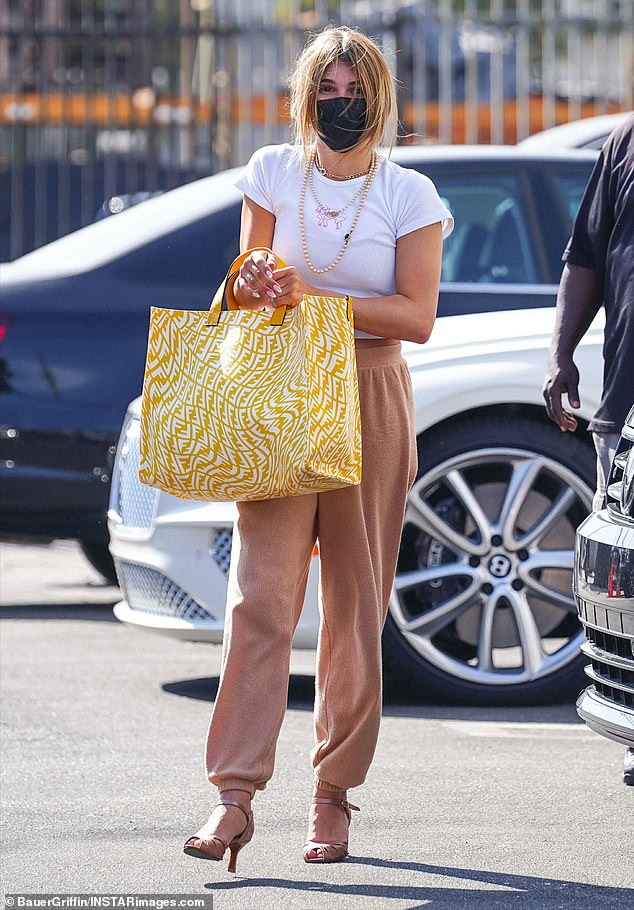 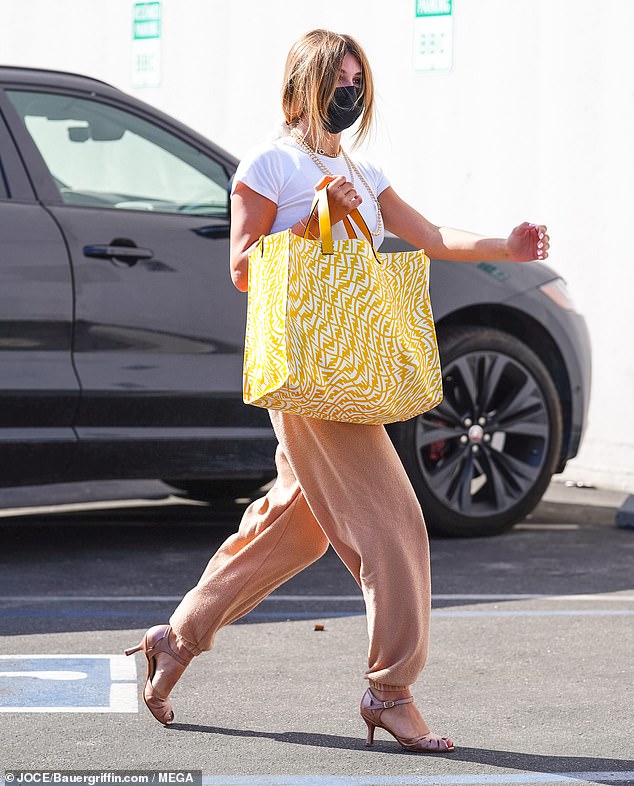 Deception: Olivia and her sister Isabella got into USC after their parents paid $500,000 to falsely portray them as rowing team recruits

The YouTuber sounded excited to get back into the swing of things.

‘I think it’s such an incredible opportunity. I’m ready to put myself back out there and try new things,’ she said. ‘I’m really excited to challenge myself and put myself outside my comfort zone, which I don’t do often. So, it just all happened, and I’m just letting the universe take over and see what happens and living it day by day.’

Although Olivia was already established as an influencer prior to her mom’s involvement in Operation Varsity Blues, the scandal increased her public profile.

It was revealed in 2019 that Lori and Massimo had paid $500,000 to falsely portray Olivia and her sister Isabella as recruits for USC’s rowing team, though neither had an experience with the sport.

More than 50 people were later charged as part of the college admissions scandal investigation, which found that more than 30 people had paid over $25 million to William Rick Singer to inflate their children’s exam scores and to bribe college admissions officials. 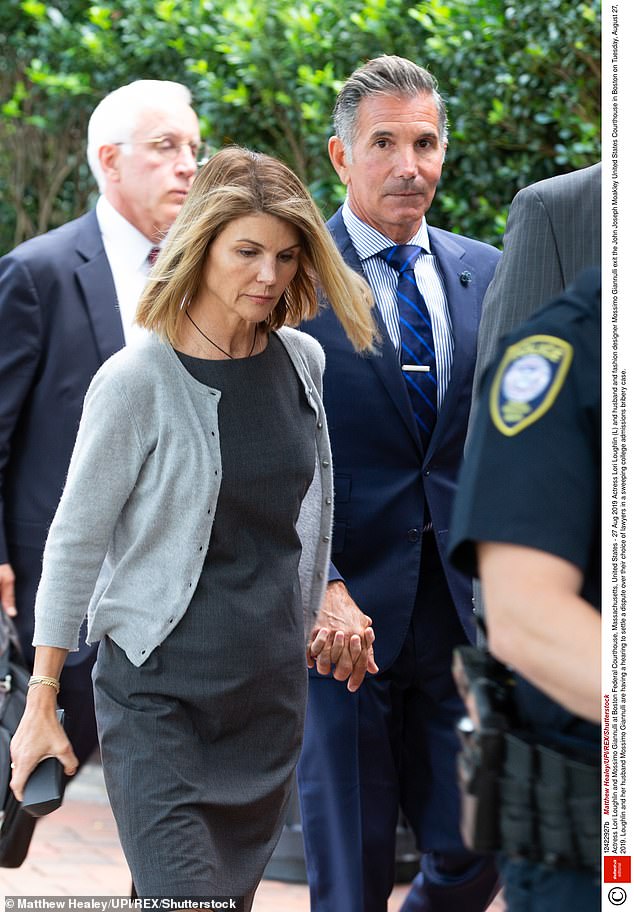 On the outside: Lori and husband Massimo Giannulli pleaded guilty after initially claiming they were innocent. Mossimo was sentenced to five months, but both are now free; seen in Boston in 2019

Several high-profile individuals were wrapped up in the investigation, including Desperate Housewives star Felicity Huffman, who pleaded guilty to conspiracy to commit mail fraud and honest service mail fraud and was sentenced for 14 days in prison.

Lori was sentenced to two months in prison after she changed her plea to guilty for a single felony count of conspiracy to commit wire and mail fraud.

He ended up getting a break when prison officials allowed him to finish the final two weeks of his sentence on house arrest.