Louis Oosthuizen claimed some of the pin positions for the third round of The Open were ‘very questionable’ after clinging onto his lead ahead of the final day at Royal St George’s.

The South African preserved a one shot lead over Collin Morikawa ahead of Sunday’s final round despite a mid-round stutter on Saturday as he finished with a respectable 69 to sit on -12 overall.

With clear blues skies and little breeze in Kent on the Saturday, the R&A introduced a series of far tougher pin positions to make sure scores did not get out of control. 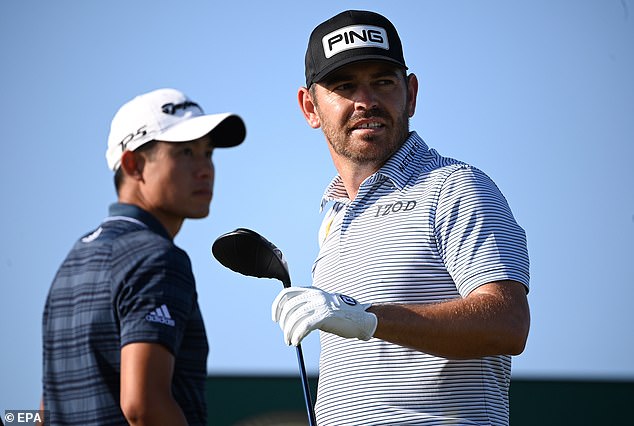 And after 38-year-old hit a few ‘poor swings’ that cost him shots at the 11th and 13th before eventually holding on to his lead, Oosthuizen was ready to question the change in positions by the R&A.

‘I think the R&A weren’t happy with the low scoring, so they put some pins out there that were very questionable,’ he said. ‘It was tough, so I was glad I could hold it together.

‘I was 13 under at a stage, and with a good back nine I could have gone to 14 or 15. But there was a few very tough pins out there that you couldn’t really go for at all. You always had to make those 20-footers for birdie.

‘I made a few bad swings there in the middle of the round and put myself in some awkward positions and ended up making two bogeys. I had four-iron into 14 and I made a horrible swing, ended up making a par. 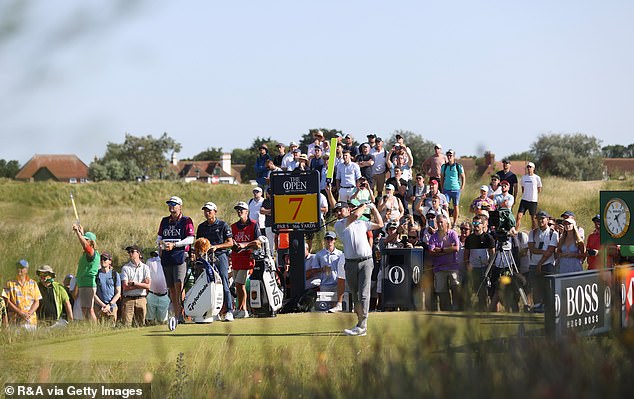 ‘I did have a lot of opportunities to go two or three better, but that’s what this golf course can do to you.’

Oosthuizen is hoping to make it third time lucky after finishing second in his previous two major championships USPGA Championship and the US Open this season.

The 2010 Open champion said: ‘Finishing second never makes you feel great and the goal is obviously to go one better and win my second Claret Jug.’

The leader was not the only one to question the positions, with John Rahm describing them as ‘some of the hardest pin locations I’ve ever seen’. 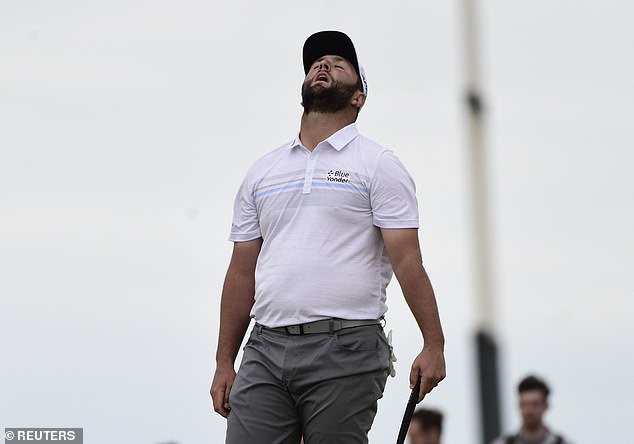 John Rahm was another to heavily criticise them as ”some of the hardest pin locations I’ve ever seen’.

‘Because of the weather conditions it’s easy to think it could have been a little bit better, but the pin locations were no joke,’ the Spaniard said.

‘I don’t know if on TV you could appreciate it, but those are some of hardest pin locations collectively I’ve ever seen.’

Oosthuizen and Morikawa are set to tee off on their decisive round at 2.35pm, with the American leading the chasing pack that includes Jordan Spieth, Scottie Scheffler, Corey Conners and Rahm who hope to pip the South African.