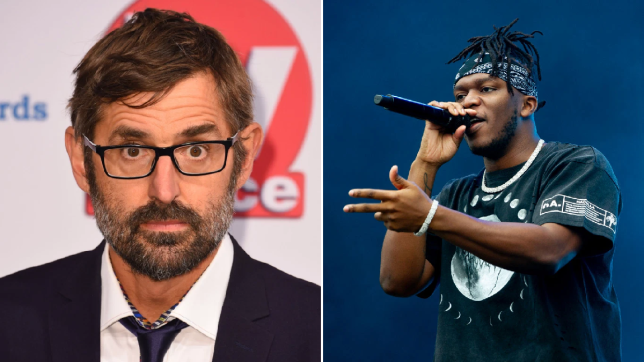 KSI’s career is set to be put under the radar in a new documentary (Picture: Getty)

Months after announcing his new project with Joe Wicks, it’s been announced that this 90-minute Amazon Prime Video feature will follow the 28-year-old, real name Olajide ‘JJ’ Olatunji, as he prepares for ‘the biggest year of his career so far’.

During this year alone, KSI has scored a number one album with All Over The Place and launched a European tour, and is due to perform at The SSE Arena in Wembley in February 2022.

Bafta-winning documentary-maker Louis is thrilled to be working with KSI on the definitive piece.

‘He is a huge talent, a totally self-created phenomenon who has gone from bedroom-bound nerd with a handful of subscribers to an online colossus with fans in the millions, purely through the power of his work ethic and his will to win,’ he enthused.

Louis continued: ‘The documentary will be an opportunity to see another side of JJ, understanding how he got where he is, the world of a premium online content creator today, and a man who has made it his brand never to lose, as he takes on the music business.’

KSI’s career has skyrocketed since he launched his YouTube channel (Picture: Getty)

KSI is excited to show his fans what he means by hard work.

‘People will get to see the behind the scenes of the key events in my life and show them how I do everything I do,’ he said.

KSI first registered on YouTube in 2009 and built up a following posting commentary videos as he played FIFA football video games.

He later branched out into vlog and comedy content and has more than 36million subscribers combined from his two YouTube channels and more than 8.6billion views.

In 2015 he launched himself into music and started making comedy rap videos, with his 2015 debut single Lamborghini charting at number 30 on the UK singles chart but more recent songs soaring into the top 10 in different countries around the world.

He has also boxed US influencer Logan Paul, winning at the Staples Center in Los Angeles in 2019.