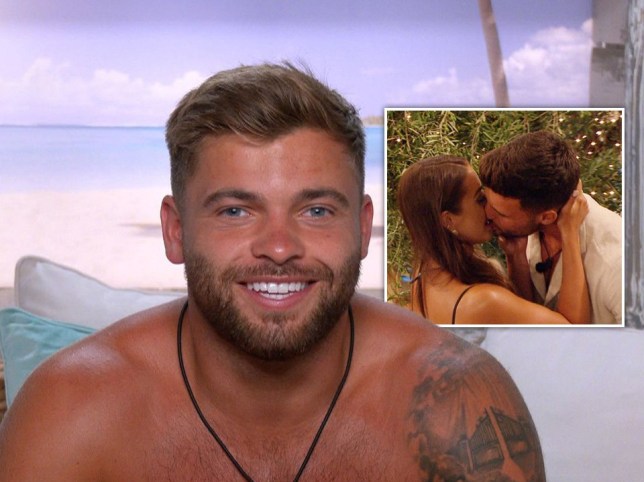 Love Island’s Jake Cornish has got off quite lightly, considering he encouraged Liam Reardon to pursue Lillie Haynes despite his solid romance with Millie Court.

During last night’s shocking turn in Casa Amor, Liam pulled Lillie for a chat and Millie seemed like a distant memory.

Millie, on the other hand, is anxiously waiting his return, pushing away all the new bombshells while Liam snogs two women at the same time, gets a lap dance, and hops into bed with a different girl.

After asking Liberty Poole to be his girlfriend, subsequently being the first official couple of Love Island 2021, Jake could clearly see himself bagging the £50,000 prize.

Now that Liam and Millie are probably no longer in the running, perhaps this was his plan all along.

Metro.co.uk’s resident Love Island body language expert Judi James and star of our series Love or Lie Island, explains: ‘Jake used five body language techniques to influence Liam last night. As he urged him to cheat/check he didn’t really fancy Lillie, he used his water bottle as a “weapon” to make his points.

‘These bottles have become significant as a subliminal version of a baby’s bottle in there, with both the boys and the girls sucking on them furiously when they are under pressure.

‘By waving his at Liam and using it for dominant emphasis, Jake implied superiority and control. 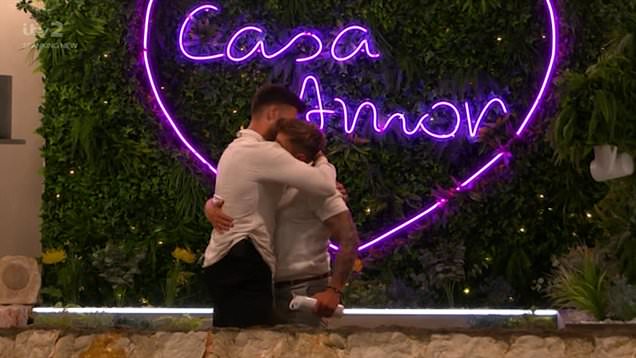 ‘Jake also used a partial pit-bare to look dominant and decisive, he used a precision-pinch gesture to make his points, and when Liam began to go off to do his bidding, Jake rewarded him with a hug and four large pats on the back, plus one final “power pat” on the bum, like a parent to a child.

‘Lastly, Jake brought Hugo with him to sit in seats close to Liam as he chatted to Lillie, being within ear and eye-shot like parents checking they are being obeyed by their teenage kid.’

As the only boy with an actual girlfriend, understandably the rest of the pack are looking up to Jake as the resident love guru.

‘It’s easy to forget how young Liam is and Jake’s status among the guys in the villa is very alpha/relationship advisor,’ says Judi.

‘He seems to have established himself as the keeper of the rules as to how a proper guy should behave and by being the first to cement his own relationship his superior status has been heightened.

‘The great thing for Jake is that his conversation encouraging Liam to cheat made him look like the good guy and everyone’s friend. He used a weird logic about going off to chat up the girl Liam had said he found the most attractive to check that her personality would turn him off in reality. T

‘There is a logic there but it’s dodgy in the extreme, like someone on a diet being urged to taste a slice of cake to prove you don’t like the taste.’

Liam’s sister confirmed he’s received vile death threats on social media after kissing several girls behind Millie’s back, while her loved ones have addressed his behaviour.

Tonight, the girls will receive a postcard with photos revealing exactly what the boys have been up to behind their backs.