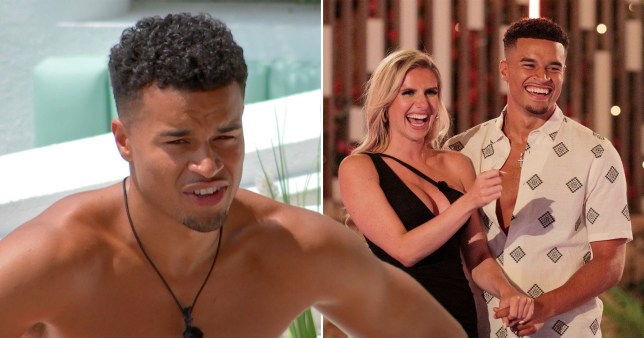 Love Island fans saw Toby Aromolaran and Chloe Burrows seal their romance after Casa Amor but now he has revealed a moment viewers didn’t get to see – and it’s adorable.

The couple – who are still going strong more than a month after leaving the villa – just missed out on the win, but things almost ended very differently for the pair after Toby almost had Chloe dumped from the show midway through the series by coupling up with bombshell Abigail Rawlings.

Eventually, he came to his senses and rekindled his romance with Chloe (after another recoupling with Casa Amor’s Mary Bedford).

While viewers were completely blindsided when Toby went back to Chloe, he told us there was a moment cut from the show.

He said: ‘I watched that bit back, I was trying to put my finger on what was missing and when I came back (from Casa Amor) I was like, yeah Chloe.

‘So, I came back and I was excited to try, I didn’t know if it would work.

Toby soon realised his heart was with Chloe after Casa Amor (Picture: ITV/Rex/Shutterstock)

‘The only thing that wasn’t shown I think was that when I saw Chloe, looking into each other’s eyes after Casa Amor there was something – unfinished business – still there and she does the same.’

Asked whether he’d watched his relationship back on-screen, Toby admitted he hadn’t yet bene able to sit down and watch all the 49 episodes.

He told us: ‘I haven’t actually watched the show back, you know, it’s very long!’

The pair are planning on moving in together (Picture: Matt Frost/ITV/Rex/Shutterstock)

Toby and Chloe are very much still together, and are currently on the hunt for a place to live, despite recent rumours circulating of a split.

‘We’re looking for a flat, but it’s delayed. we were meant to have moved in by now but the estate agent keeps delaying it… it is annoying,’ Toby explained of the delay.

Whilst they’re still trying to finalise a shared place together, he admitted of being apart: ‘It’s been hectic… but it’s been good because most of the time…

‘It shows we want to be together and we like being in each other’s company. In this scenario it’s very easy to be doing something and it can be very easy not to be with the other half for weeks on end.’

After being thrust into newfound fame, Toby reflected on what his favourite experiences so far have been after he addressed whether he’d be back on-screens in the near future.

He said: ‘The NTAs, that was like, woah… meeting people like Ant and Dec, Holly and Phil… Bear Grylls! Like, woah I used to watch you guys, this is crazy!’

Dr Alex George: How to adjust your lifestyle to support your mental health 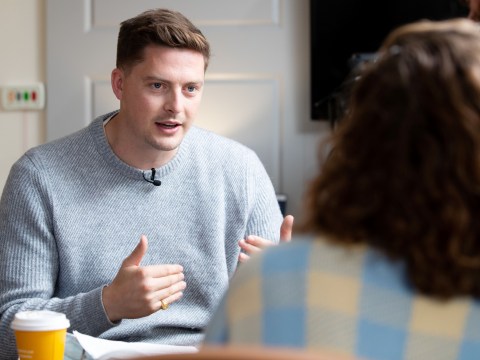 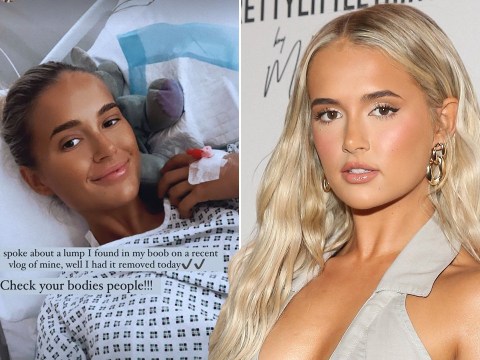 Toby shared his favourite thing to do without the flash of the cameras is ‘watching a movie with Chloe’ and ‘having a nice normal time’ with it clear the duo are still enjoying each other’s company.

Love Island can be streamed in full on the ITV Hub now.

MORE : Lorraine Kelly baffled as Sir Paul McCartney claims John Lennon broke up The Beatles: ‘He could have said that at any time’