She often wows in her chic ensembles.

And Georgia Steel, 23, once again looked stylish as she donned an all-white ensemble while stepping out in Manchester on Wednesday.

The former Love Island contestant showed off her slender physique as she headed to Ruh Dental in the Northern city. 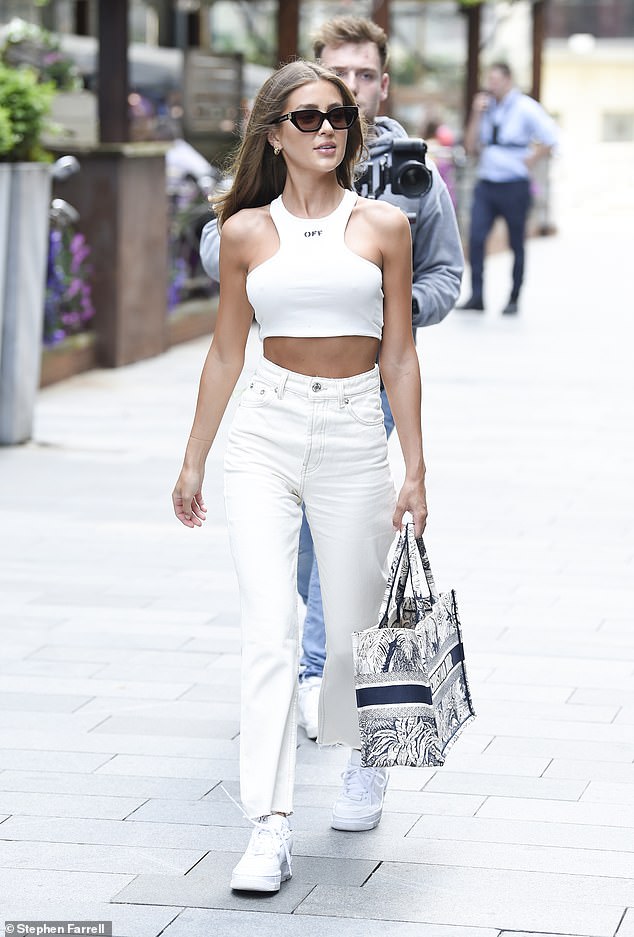 Chic: Georgia Steel, 23, looked stylish as she donned an all-white ensemble while stepping out in Manchester on Wednesday

She looked amazing in a white racer back crop top by Off White which showed off her taut abs and gym-honed arms.

Georgia paired the look with chic flared jeans and trainers, also both in white as she stepped out in the current heatwave happening all over the nation.

Completing the look, she carried her belongings in a Christian Dior tote bag which she held in her hand.

Fashion forward: Georgia wore a crop top, chic flared jeans, trainers all in white and a black and white checked oversized blazer as she stepped out in the current British heatwave

Her caramel curled locks flowed down her back, and they were styled in a middle parting.

The TV personality framed her face with chunky oversized square sunglasses, and opted for natural make up and simple hooped earrings.

Later, she donned an oversized checked blazer, which gave an 80s vibe to the ensemble.

She had also styled her hair back loosely in a trendy claw clip.

The outing comes after the Love Islander recently revealed her excitement to be embarking on a solo mission to build her own home.

She told fans on social media in May: ‘Can’t believe my dream home is actually happening. Words can’t explain how excited/grateful I am for this next step in my life. I’m just so overwhelmed. As if this is me doing this… Little George wouldn’t believe it.’

She is taking on the venture solo after speaking openly about how happy she is being single.

Georgia famously had a whirlwind romance with Callum Izzard in August 2019 when they met during the filming of Ex on the Beach: Peak Of Love, with the couple becoming engaged just a month later.

The couple split in April last year after a seven month romance, with the hunk soon moving out of their home together.

Prior to that, Georgia dated Sam Bird after meeting in the Love Island villa in 2018, but they split three months after leaving the show.

Speaking on a podcast last year, Georgia addressed her past relationship and noted it was a ‘toxic’ one, though she didn’t name any names. 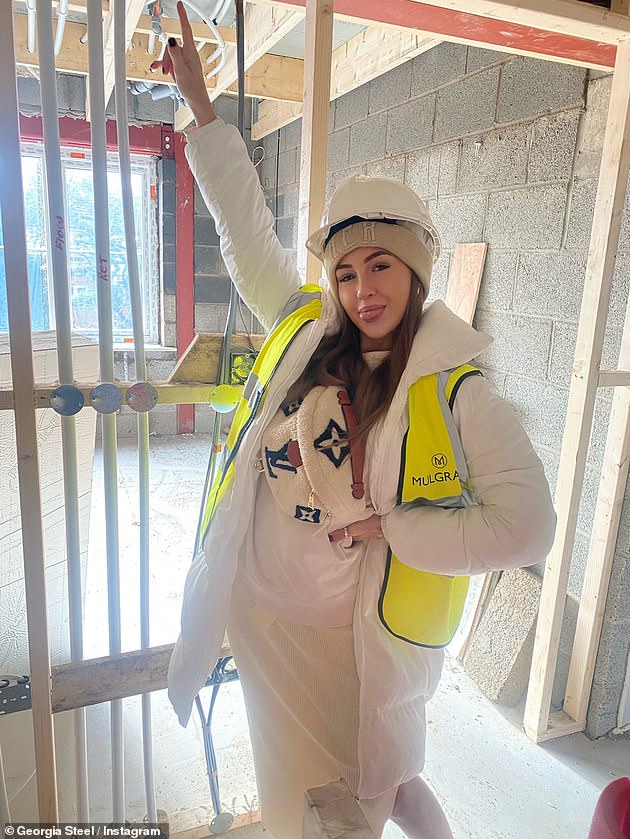 New home: It comes after the star recently revealed her excitement to be embarking on a solo mission to build her own home, sharing the news on Instagram in May