Triumphant Wes Nelson was beaming as he arrived at the star-studded The Games wrap party in London on Friday.

The Love Island star, 24, who was crowned the men’s winner earlier in the night, proudly held on to his golden trophy and his model girlfriend Lucciana Beynon.

They were joined by an elated Christine McGuinness, 34, who was smiling ear to ear in her form-fitting pink tank top and blue running shorts. 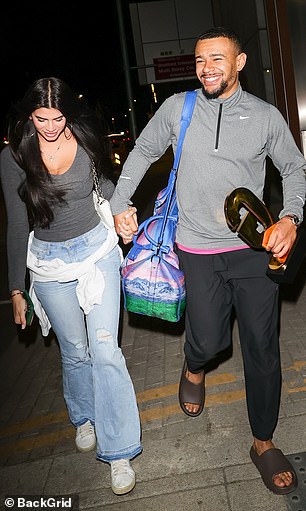 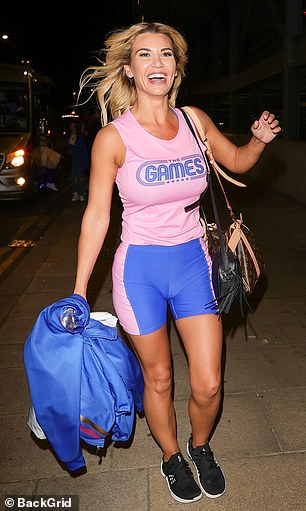 Well done! Wes Nelson, 24, proudly clutched his winners trophy as he was joined by his girlfriend Lucciana Beynon and Christine McGuinness at the The Games wrap party on Friday

Wes was clearly still relishing in his win as he gave a thumbs up to the cameras before making his way inside the venue.