One by one, in the closing minutes, puffs of smoke emerged throughout the cooling shade of the tribune ouest. With everything coming down to the final play, the locals lit up their cigarettes and filled their lungs with nicotine to ease the nerves of Wasps’ failed late charge.

For Lyon, who held on, their 89-year wait to reach a major final is over. For Wasps, the barren spell goes on. They have not won a trophy since Lawrence Dallaglio lifted the Premiership in 2008 and this current crop must now spend another year in their shadow.

Wasps did not treat this like a second-grade competition. There were distraught young bodies lying out on the artificial pitch at the final whistle, ruing the missed opportunities that cost them a place in the Challenge Cup final. 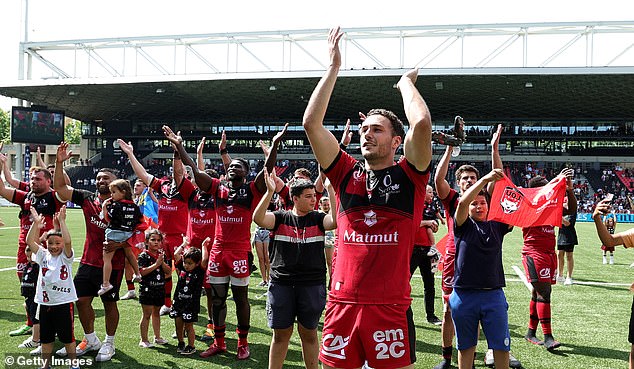 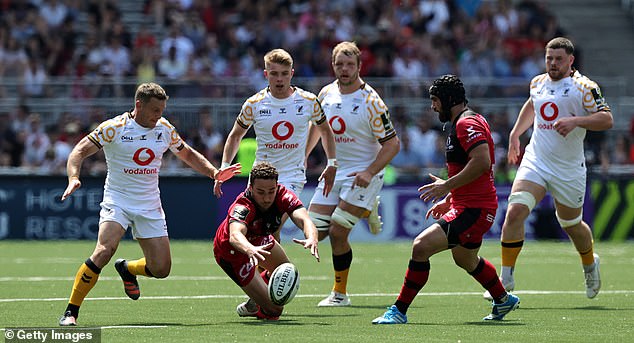 Throughout the first half, the visitors were dominant. They controlled the territory, under clear instructions to abandon their daring running game and kick every time they had the ball in their own half. Almost every member of the backs put boot to ball at some point.

Having fluffed an early attacking line out, Wasps’ pressure eventually delivered a try after 24 minutes. Jacob Umaga slammed on the breaks at the halfway line to kick a 50-22 and Jack Willis claimed the lineout. The maul fell just short but Dan Robson spotted a hole down the right to score.

There were signs of danger from the home side, but for large parts of the game their No 10 Leo Berdeu was surrounded by sleeping giants. Wasps were overpowering at the scrum, fronted by Biyi Alo and Tom West.

Lyon’s former Saracens lock Joel Kpoku was widest awake to the challenge, and he wrestled through tackles as both teams exchanged penalties. 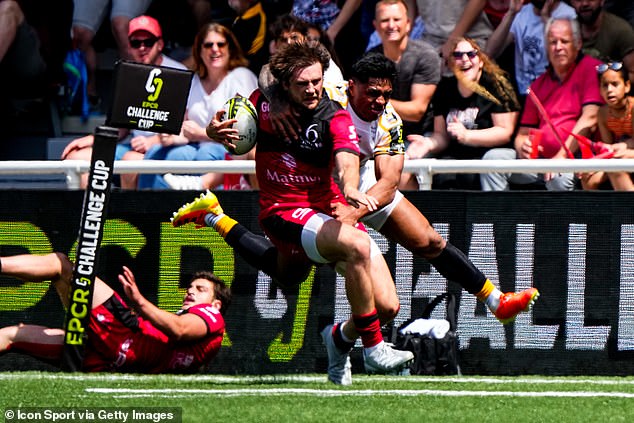 ‘At half time, it felt like we’d had a lot more control than the five-point lead we had,’ said Wasps coach Lee Blackett. ‘We’re gutted. What would have won that game is better conversion rates in the 22.’

Wasps wilted in the sweltering 30oC heat and were made to pay for their lack of accuracy. In 17 punishing minutes, Lyon came to life. Throwing a quick lineout inside their own half, centre Charlie Ngatai charged up-field and, six offloads later, Berdeau dived over for a momentum-snatching score.

On the other side of a Jimmy Gopperth penalty, Tuisova flexed his muscles to rip the ball out of the grips of Umaga. His failure to gather a booming high ball gifted Lyon entry to the Wasps 22 and, after more hard carries, 20-year-old Yanis Charcosset powered over for the second.

The Wasps errors just kept on coming but in the final minutes they started to play. James Gaskell claimed a lineout and transferred the ball to Joe Launchbury who scored from the maul.

Winding down the clock, Lyon marched back for the restart at the speed of twice-cooked escargots. Wasps prepared to launch one final attack, yet they failed to get out of their half as their campaign went up in one last puff of smoke. 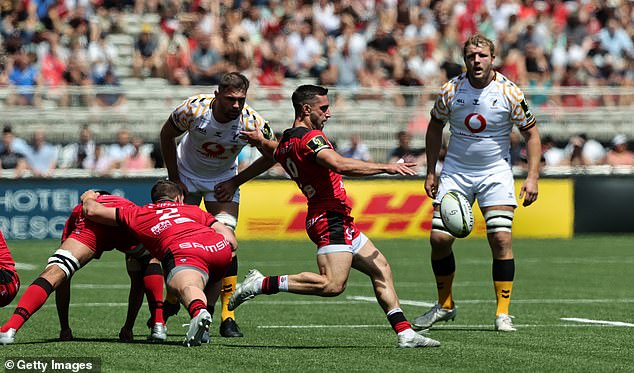