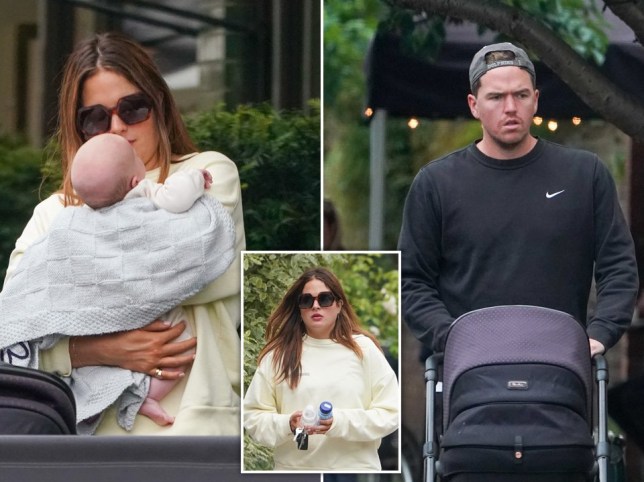 A lovely family day out after the wedding (Pictures: Colin Jack)

Binky Felstead and Max Fredik Darnton has been spotted out and about for the first time since their wedding day.

The loved up couple, who welcomed son Wolfie into the world seven weeks ago, tied the knot in an intimate civil ceremony at Chelsea Old Town Hall on Friday, and on Sunday they were seen enjoying a family outing.

They looked to be in great spirits, as the newlyweds went for lunch at Barnes’ Olympic Studios with with Wolfie and Indie, three, whom Binky shades with ex Josh ‘JP’ Patterson.

The 31-year-old Made In Chelsea star kept things casual in a white jumper, black leggings and tan sandals, while her husband stepped out in a Nike jumper and tracksuit bottoms.

He completed his low key look with white trainers and a baseball cap.

Binky cradled Wolfie in a pale blue blanket, while Max was seen pushing their newborn in a pram as they went for the meal out.

They enjoyed a spot of lunch with the kids two days after their wedding (Photo: Colin Jack)

Meanwhile, her daughter looked stylish in a matching pastel pink coat and headband.

The newlyweds – who met at Soho Farmhouse in 2019 – got engaged in September last year, and she described their wedding as ‘the most perfect day’, while Max shared his joy at officially becoming step-father to India.

‘It’s amazing,’ the businessman revealed to HELLO! ‘To be honest, it felt official when Wolfie was born because of him and India being siblings but getting married has cemented it.’

They hosted a party for friends and family at their home after the ceremony, including her close pal and former Made in Chelsea co-star Ollie Locke and his husband Gareth.

However, they’ll be celebrating all over again in Corfu in summer 2022 after having to plan around the coronavirus restrictions this time, and the couple shared details in HELLO! including a boat hire for snorkelling and a rented cliffside venue and private beach restaurant.

More: Made in Chelsea 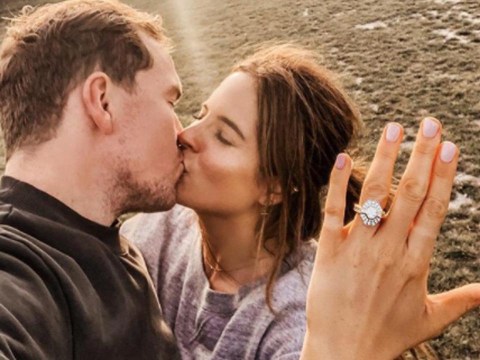 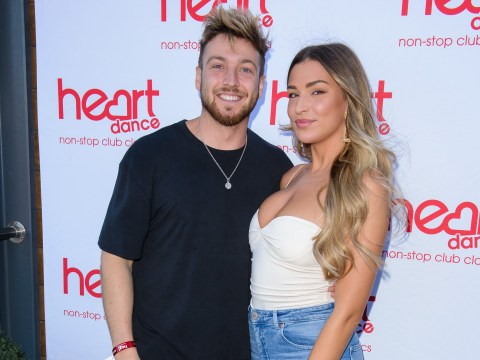 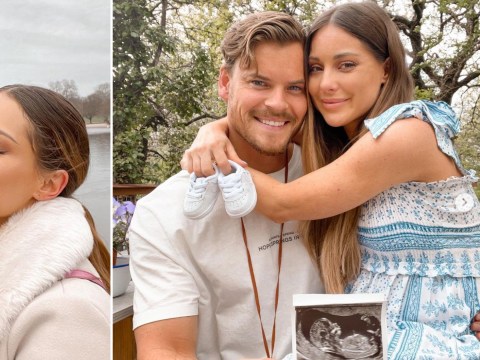 Meanwhile, Max revealed he got a ‘sneak peek’ at his bride before she walked down the aisle when India swung the door open, and he described his now-wife as looking ‘incredible’.

Binky, who wore a Halfpenny London slip dress style wedding gown and embroidered bolero, also shared the news on her Instagram profile, writing: ‘BLIMEY- WE ARE MARRIED!!!!’ and tagging her new hubby.

She continued: ‘Had one of the most special days of my life marrying my best friend. My gorgeous, beautiful daughter being my flower girl, passing/dropping us the rings…my big brother giving me away… and Wolfie sleeping the whole way through!’