Malin Akerman cut a casual figure as she headed out for some exercise in the hillside neighbourhood of Los Feliz in Los Angeles on Monday.

The Swedish-Canadian actress, 43, wore a black vest top which put her toned arms on display.

She also donned a pair of tracksuit bottoms with a blue stripe down the side and floral motif on either side. 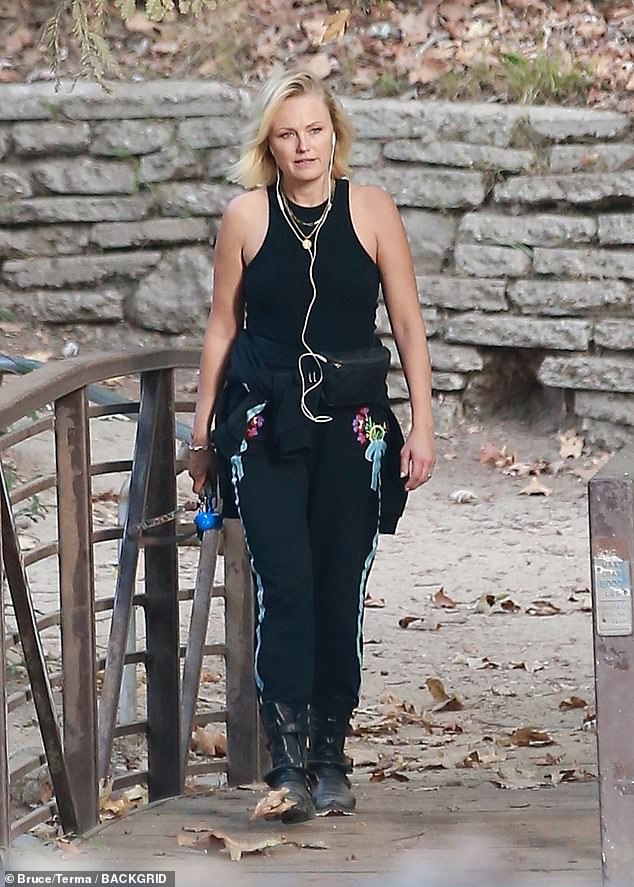 Stepping out: Malin Akerman, 43, cut a casual figure in a black vest top and tracksuit bottoms as she stepped out for some exercise in Los Angeles on Monday

The Chick Fight star wore a pair of black boots and had a bumbag strapped around her waist.

She finished off the look by accesorising with a gold pendant hanging from a delicate chain around her neck.

Malin looked in good spirits as she strode along with headphones in her ears while listening to music on her walk. 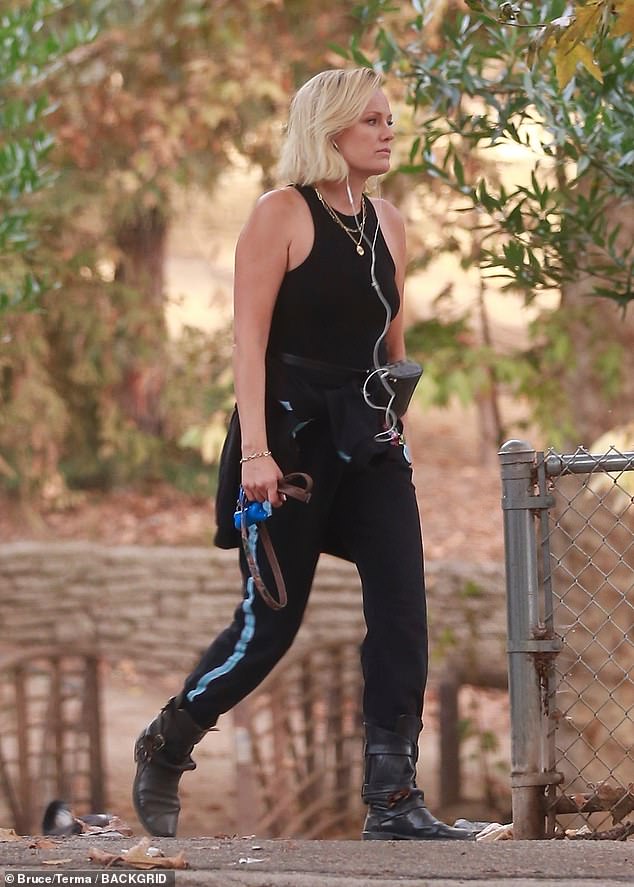 Good health: The star wore a pair of black boots and had a bumbag strapped around her waist as she held her dog’s lead in her hand

The actress got mainstream recognition for films like The Utopian Society (2003) and Harold & Kumar Go To White Castle (2004).

The 27 Dresses actress is mother to son Sebastian, eight, who she shares with ex-husband, Italian musician Roberto Zincone.

The couple have remained amicable after they split in 2013 following six-years of marriage.

Malin has since moved on and married 35-year-old British actor Jack Donnelly, who is best known for his role in the BBC series Atlantis, in a Mexican ceremony in December 2018. 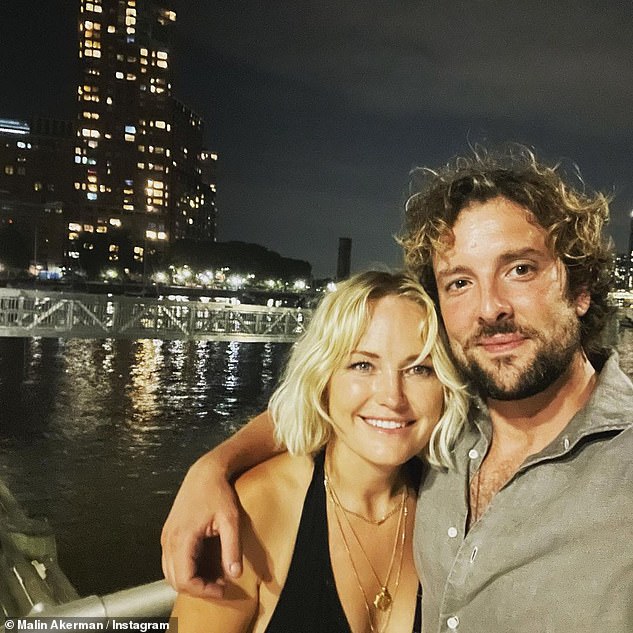