It is almost two months since Ralf Rangnick took over from Ole Gunnar Solskjaer at the wheel but the road Manchester United are travelling down is still pretty bumpy.

The interim manager’s demands and methods are still being implemented and he’s yet to figure out his best starting XI.

One of the areas he seems most unsure about is the Red Devils’ right-back slot, flitting between Aaron Wan-Bissaka and Diogo Dalot since touching down in Manchester at the end of November. 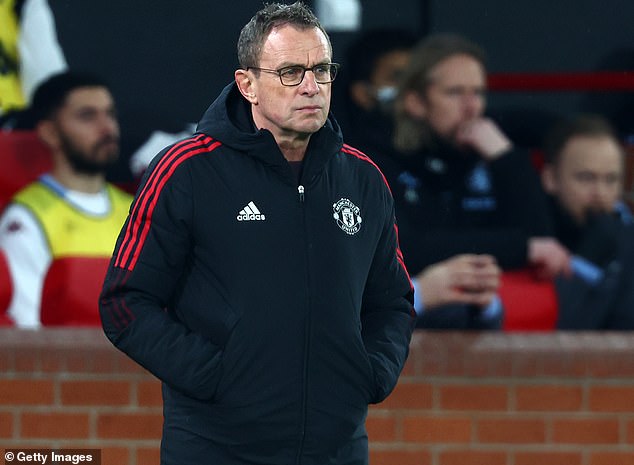 There was no doubt who Solskjaer viewed as his strongest right-sided full back with Wan-Bissaka a key figure during the Norwegian’s tenure.

But Rangnick is less convinced and has chopped and changed between the pair.

Sportsmail revealed this week that United are strongly interested in Brighton right back Tariq Lamptey as Rangnick wants to improve his options in that position.

The transfer links could spring Wan-Bissaka and Dalot into life but at face value the interim boss clearly does not think either are up to scratch.

Wan-Bissaka burst onto the scene as a future star at Crystal Palace and was soon snapped up by the Premier League giants for £50million and although he is consistently reliable at the back he is yet to fully kick on.

England are blessed with a plethora of quality options at right back with the likes of Kyle Walker, Kieran Trippier, Trent Alexander-Arnold and Reece James. 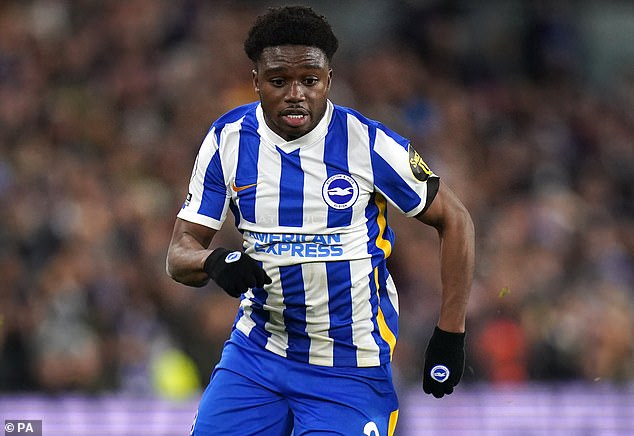 Wan-Bissaka was touted – alongside Lamptey – as those to challenge England’s old guard but the United man still hasn’t earned a senior international cap with Liverpool’s Alexander-Arnold and Chelsea’s James streets ahead.

Wan-Bissaka’s progress has stalled at Old Trafford and there are concerns that he’s not good enough going forward – a trait the modern game demands from a full back.

Dalot joined United a year before Wan-Bissaka after being brought in by Jose Mourinho in 2018 but he has struggled for regular action and has been linked with moves away from the club. There are worries that the 22-year-old is defensively vulnerable.

Seagulls full back Lamptey has caught the eye after leaving Chelsea for the south coast in 2020 and he is better at the attacking side of the game than the United duo. 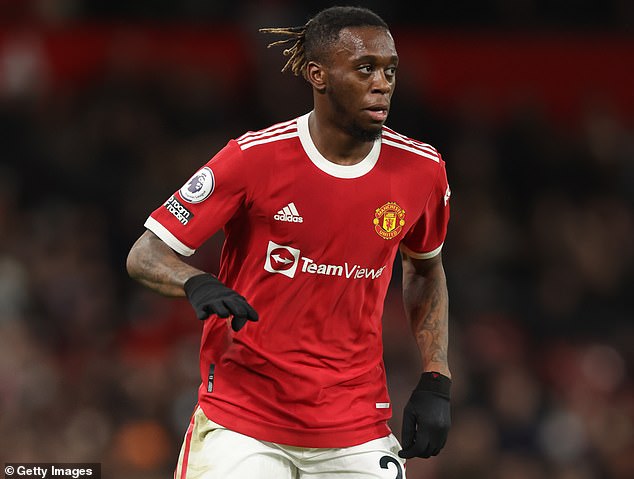 In 12 top-flight matches this season, the 21-year-old has created 10 chances which equates to 1.33 chances a game – which is the same rate as Wan-Bissaka and Dalot combined.

Lamptey also averages more than three touches in the opponent’s box a match while Wan-Bissaka has just over one and Dalot just over two, and the Brighton star also comes out on top for completed dribbles per 90 minutes this season.

However the former Eagles man beats his rivals defensively with the highest duel success rate at 54.4 per cent with Lamptey’s at 50 per cent and Dalot’s lower down at 47.5 per cent.

Significantly, Wan-Bissaka has only been dribbled past twice in 15 games while Lamptey has been beaten six times in 12 matches and Dalot eight in nine matches.

The Portuguese defender does edge out his defensive counterparts for tackles and interceptions per match. 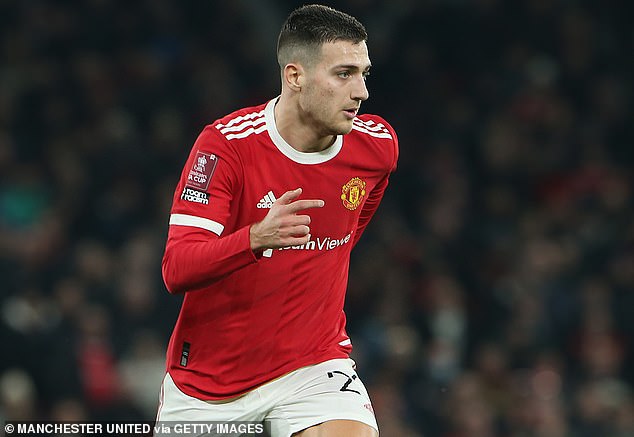 Reservations over Wan-Bissaka’s ability in the attacking third and Dalot’s defensive fragility are justified, while Lamptey could provide the outlet United are craving for.

Rangnick’s side have looked disjointed, one-paced and short of ideas in the final third and service to the likes of Cristiano Ronaldo and Edinson Cavani has been in short supply.

The new manager’s favoured 4-2-2-2 system and his style to play an intense high-pressing game could suit the Brighton youngster.

Lamptey offers another dimension to Brighton going forward and plenty of high energy up the pitch.

The Seagulls have slapped a £40m price-tag on their talented right back with United £10m short of their valuation.

It’s easy to see why Rangnick could be tempted to steer Lamptey away and help drive United forward – both on the pitch and in right direction in the league. 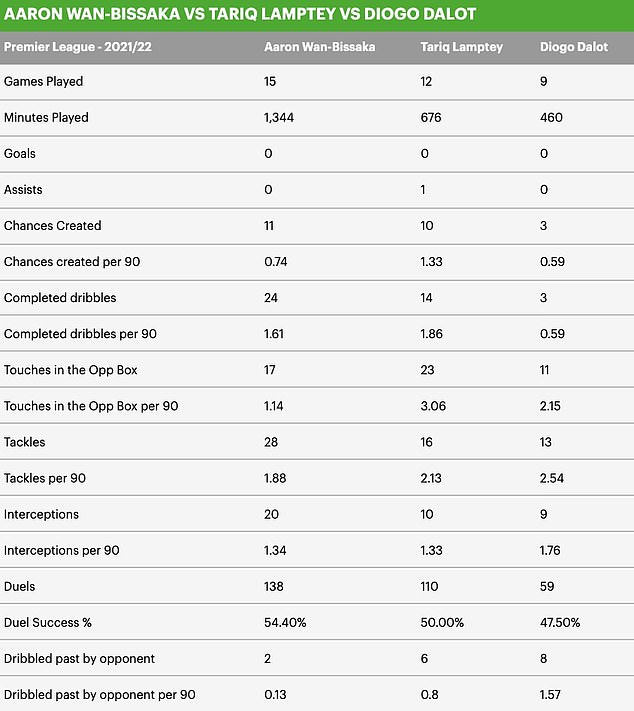