Clubs in England spent over £1billion on international transfers – £500m more than any country – in 2021, despite the financial uncertainties created by the Covid-19 pandemic.

The amount spent was recorded in FIFA’s figures as 1.386bn US dollars, equating to just over £1billion and dwarfing the second-highest spending country, Italy, by more than £500million.

Premier League clubs, chiefly boosted by world-beating broadcasting deals, were the buyers in seven of the 10 biggest transfers in 2021. 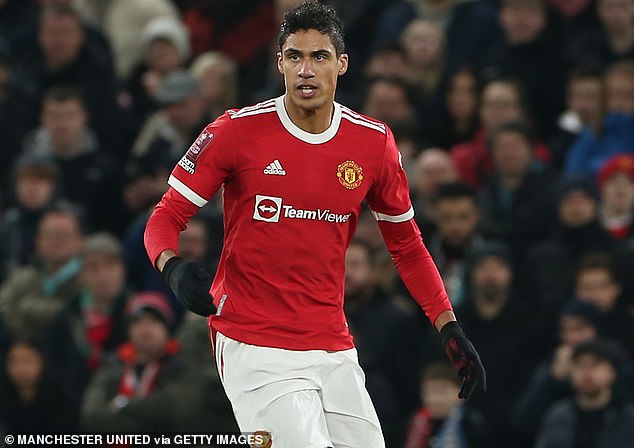 The £42m deal that saw Raphael Varane swap Real Madrid for Old Trafford was the fourth highest transfer while Liverpool’s £36m signing of Ibrahima Konate was the sixth biggest.

The Red Devils splashed out around £172million as they also brought in five-time Ballon d’Or Cristiano Ronaldo for just shy of £20m in one of the most sensational transfers of all time.

For all of United’s spending they still find themselves going through a period of transition with Ole Gunnar Solskjaer getting the sack following poor form and performances before the turn of the year.

Interim boss Ralf Rangnick is approaching two months at the helm but the squad is still struggling.

It was also revealed earlier this week that City’s income is now more than rivals United.

The blue half of Manchester recorded revenues of £537m in 2020-21 and the ‘noisy neighbours’ have the most valuable squad in the world.