Manchester United’s new darling Alejandro Garnacho was serenaded with a famous chant by the Red Devils’ faithful after his display clinched the FA Youth Cup on Wednesday against Nottingham Forest.

The Spanish-born Argentinian youth international scored twice late on in the second half to clinch the famous u-18’s trophy for a record 11th time for the Manchester club.

His 78th minute penalty, controversially awarded after his appeared the forward had actually been brought down outside the area, proved the difference between the sides. 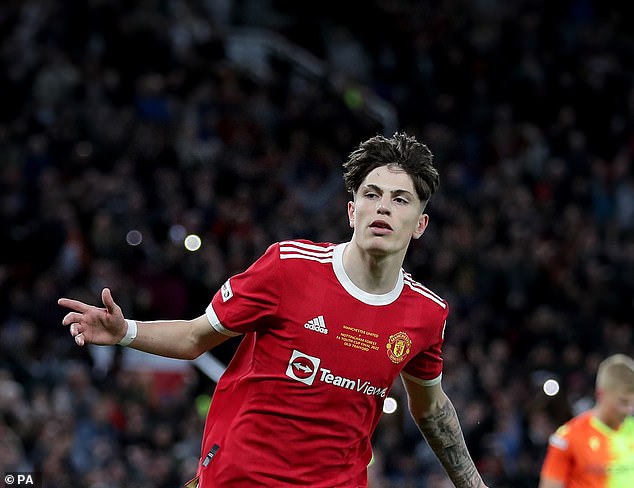 Following the game, which was attended by over 67,000, a record for the competition, United’s youth players celebrated wildly on the pitch in front of an adoring crowd.

Staying behind on the field of play until most had left, there remained a core set of supporters in the Stretford End who remained to serenade their new favourite son with an iteration on Cristiano Ronaldo’s chant.

In footage shared on social media, a clip shows a few hundred fans near the tunnel-side of the famous end singing ‘Viva Garnacho, Viva Garnacho’. 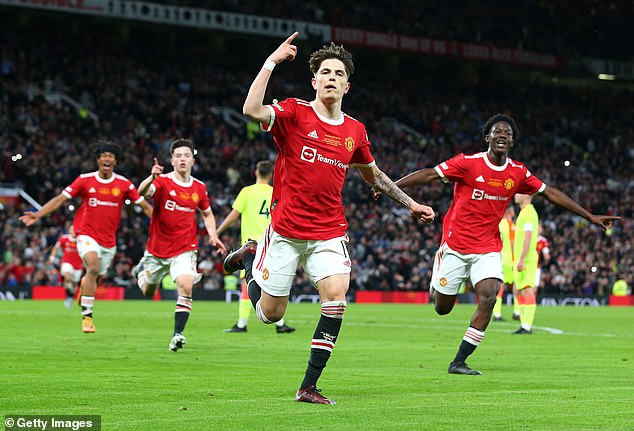 The new version of the song is a play on the usual version sung by the United faithful, which goes: ‘Viva Ronaldo, Viva Ronaldo, John Terry slipped and United won the cup, Viva Ronaldo’.

Rather fittingly for how early the Argentine is in his career, there appeared no second part to the song, and certainly no verse that lauded the player for winning United a European Cup.

Despite having recently declared his international allegiance to his mother’s Argentina from his native Spain granting him the opportunity to play with Lionel Messi, the young player is said to be ‘obsessed ‘ with Ronaldo. 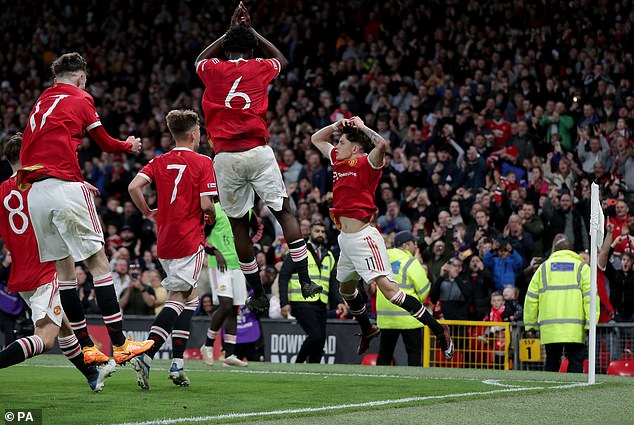 Much to the delight of a packed Old Trafford, Garnacho copied one of United’s true greats 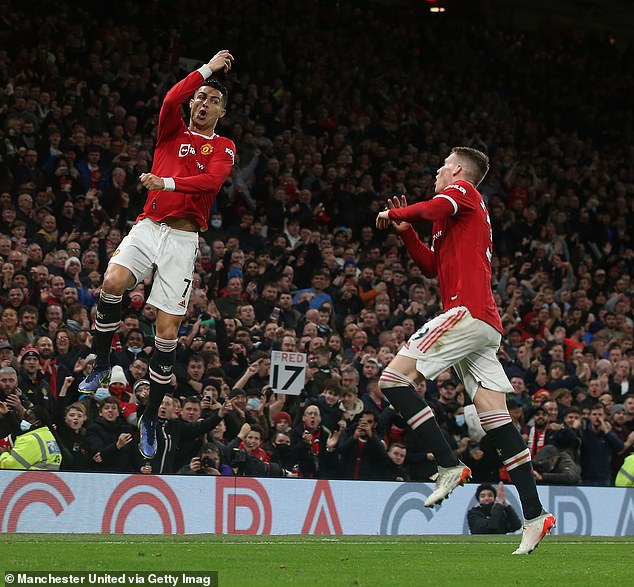 In a poor season for the senior team, Cristiano Ronaldo’s goals have brought some joy

Taking inspiration from the Portuguese forward, Garnacho celebrated his penalty late on against Forest emulating the famous ‘siuuu’ celebration that has become synonymous with Ronaldo’s goalscoring feats.

Garnacho, who scored seven goals in the Youth Cup this season in addition to his three assists, made his senior team debut last month in a 1-1 draw against Chelsea.

United fans, who have increasingly called for the player to be given more first team opportunities late on in the season, will be hoping to see him line up alongside Ronaldo next season under Erik ten Hag.