The voices called out and Emma Raducanu granted their wish. She is still new enough to this to look mildly shocked that anyone would prize her sweaty wristbands.

The young men jostled roughly at the front and one got his reward. Then Raducanu spotted a quieter figure crowded out at the back. A little girl. Long, dark hair. Spectacles. Possibly of similar Asian ancestry. She handed the second wristband to a tall security guard and he reached over the crowd and made sure it found its target.

Raducanu was not going to miss from there, not with the form she is in. Now on to Saturday’s final. Is this the next generation? The changing of the guard? It would be wonderful to think so. The last time two teenagers contended a women’s Grand Slam final was the 1999 US Open, Serena Williams versus Martina Hingis. Yet that felt very different. 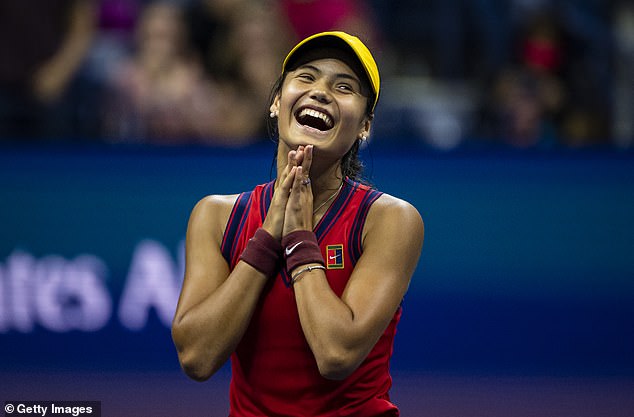 By the end, women’s tennis had been altered for ever. Hingis arrived a five-time Grand Slam winner and still 17 days short of her 20th birthday. By the time she deserted the court, beaten in straight sets, her era was over. Williams had the talent and range of Hingis, plus a power and physicality that she could not match. Hingis would never win another Grand Slam singles title. For Williams, it was the first of 23. But maybe no more.

For when Raducanu meets Leylah Fernandez on Saturday, anything is possible. From here, who knows what lies ahead for either finalist? Raducanu’s rise has been meteoric. Fernandez has defeated three of the tournament’s top five seeds. This has been a simply wonderful event for women’s tennis, full of surprise and sublime play and breathless athleticism.

If the finalists appear to have come from nowhere, nothing about their victories suggests the callowness of youth. Beaten semi-finalist Maria Sakkari did not play badly against Raducanu, yet went down 6-1, 6-4, as if overwhelmed. Physically imposing and strong, she was no match for her lithe athleticism and intensity. 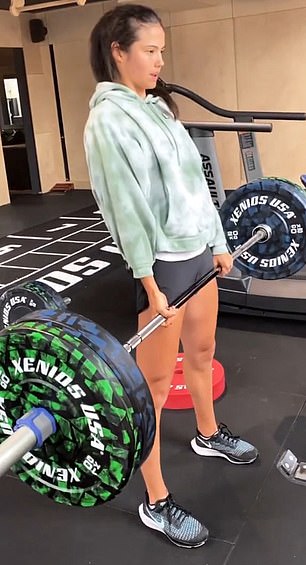 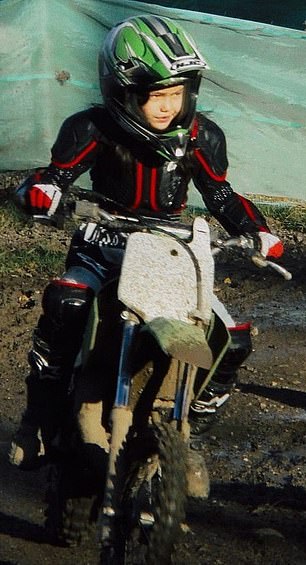 Raducanu, here seen training and biking, is the schoolgirl with nerves of steel and fists of fury

By reaching the US Open final without giving up a set, even in qualifying, Raducanu has emulated a feat last achieved by Serena Williams in 2014. There is never any harm in being mentioned in the same breath as the greatest tennis player in history.

Raducanu’s potential was, of course, shown at this year’s Wimbledon where she became the youngest British woman to reach the fourth round in the Open era. Yet it was what happened in the aftermath of her eventual defeat to Ajla Tomljanovic that showed she had the grit and determination of a potential champion.

That day, Raducanu, who entered Wimbledon as a wildcard ranked 338 and whose progress even to the fourth round was therefore astonishing, suffered breathing difficulties after losing the first set 6-4 and going 3-0 down in the second. 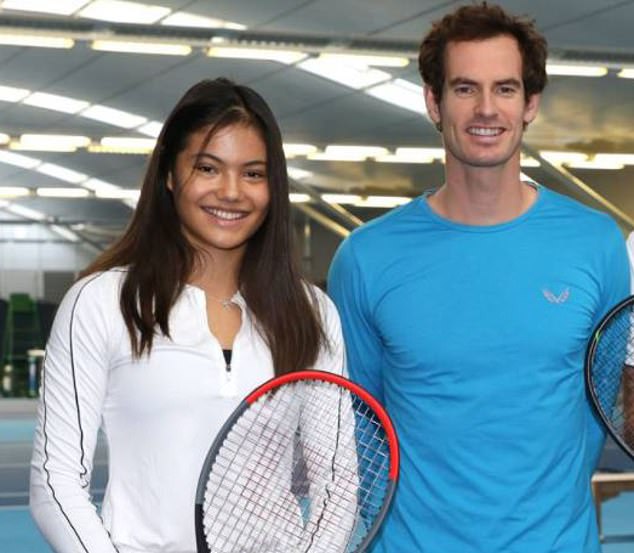 And, of course, this being the age of the ignoramus she was judged in some quarters as a quitter, or weak. More nuanced, expert, insight came from those like John McEnroe who had once walked in her shoes as an exceptionally gifted young player and the centre of attention.

‘It got a little too much,’ McEnroe said, referencing the sudden exposure that had come with Raducanu’s unexpected run. Meaning he was then decried, for being an older man having an opinion about the mental wellbeing of a teenage girl, even one that came from a position of wisdom and experience.

Yet the one person who did not dismiss McEnroe’s opinion was Raducanu. ‘I think the whole experience caught up with me,’ she confirmed. ‘I think it was a combination of everything that has gone on behind the scenes.’

And in that sentence she laid the ground for the incredible advancement that has been witnessed these last weeks. The composure, the coping mechanisms, the way she has found a method to deal with the challenge, the pressure and the growing expectation around going deep into a Grand Slam tournament. All we have seen comes from that uncompromising honesty. 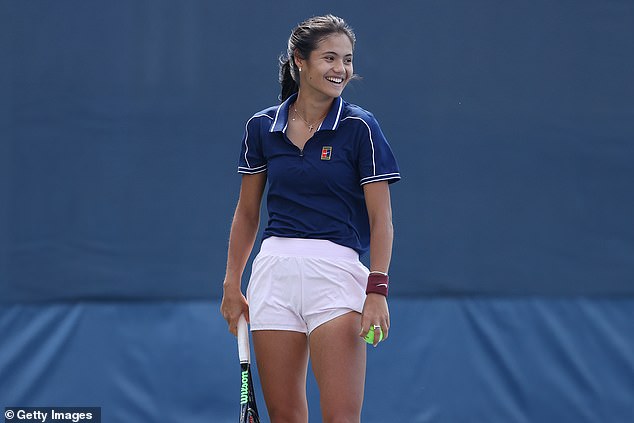 She could have made excuses, she could have indulged those who wanted to cast her as frail or delicate. She did neither. She learned. She grew. She turned what must have been a horribly upsetting experience — struggling to breathe, feeling unable to continue in front of her home crowd on her biggest day — into a source of future strength. Here is the result. Impressive, isn’t she?

That is what is capturing imaginations. The schoolgirl with the nerves of steel and the fists of fury. Somewhere between Tank Girl and the class swot, she would make the most wonderful member of the Marvel universe.

Having reduced a succession of opponents to shrieking, yet otherwise powerless, wrecks, Raducanu wins, drops her racket and becomes the wide-eyed teenager again, unable to believe what is happening to her. She is still the qualifier who was wandering lost around Flushing Meadows this summer, until she found a friendly face to tell her where to go. 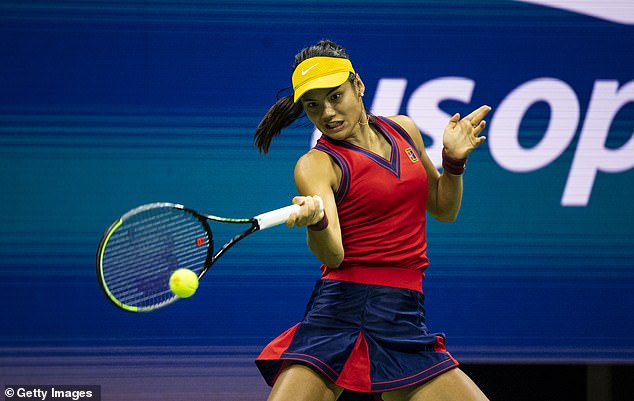 Meanwhile, as the wider world reflected on Raducanu’s semi-final win, news was breaking back home that the great Test series with India was over, replaced by another unseemly squabble about money. No wonder, then, that her innocent smile of delight, her joy, her effortless charm, is so endearing.

Yes, she will be well rewarded for her talent, now and in the future. But media outlets place more importance on that than the athletes, certainly at Raducanu’s age. No victorious Grand Slam finalist has ever asked the umpire, or the on-court interviewer, ‘So how much do I get for that?’

Delightfully, watching Raducanu on Deutsche Eurosport from a holiday villa in Greece, the commentators are running out of superlatives. Fading memories of schoolboy German identify wonderful (wunderbar), magnificent (herrlich) and fantastic (fantastisch) to be given frequent airings. Ein Superstar, meanwhile, turns out to be a superstar in any language. Raducanu can be all of that — and perhaps even more.