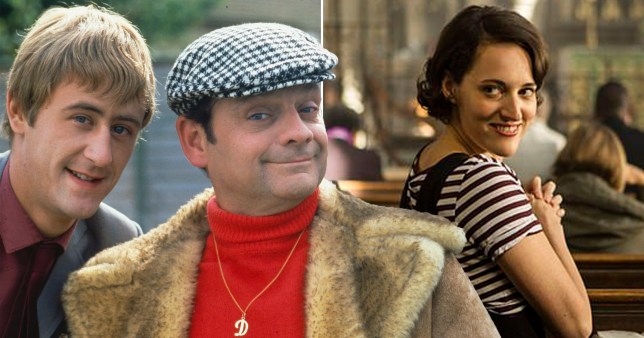 Ministers are planning on making it a legal requirement for broadcasters to produce ‘clearly British shows’ like Only Fools and Horses and Fleabag.

During a recent Royal Television Society conference, Media Minister John Whittingdale highlighted shows like Dr Who, Downton Abbey and the Great British Bake Off and reflected on how they have been huge hits across the globe while clearly representing British values.

Following their success, ministers are now proposing a new plan that would make it a legal requirement for UK broadcasters to produce shows that are ‘distinctively British’.

Mr Whittingdale spoke at the conference the day before it was revealed he is no longer media minister as Boris Johnson continues his cabinet reshuffle.

Giving examples, Mr Whittingdale shared that classic series Only Fools and Horses and Phoebe Waller-Bridge’s hit series Fleabag are the types of shows that would fit criteria under the new requirement.

Fleabag aired two series on the BBC between 2016 and 2019 and went on to win a whole host of awards, including an Emmy for outstanding comedy series and two Golden Globes.

Media minister John Whittingdale said shows like Fleabag would fit under the criteria for the new legal requirement (Picture: BBC)

The media minister praised shows like The Great British Bake Off for having international success while still representing British values (Picture: Channel 4)

Stating that many shows featured on streaming platforms appear ‘generic’ in order to appeal to a global audience, he revealed how Ofcom has now been asked to draw up a ‘workable definition’ of their proposed British concept, according to i News.

‘So in our upcoming White Paper, I intend to include proposals that will expand the remit of public service broadcasters, so that it includes a requirement for them to produce “distinctively British” content,’ Mr Whittingdale said.

‘[Britishness is a]difficult concept to measure. We will talk to Ofcom about how to make the obligation of Britishness work.’

Mr Whittingdale explained that the new requirement would reflect all parts of the UK, as he added that Derry Girls would clearly adhere to the concept as it is ‘very clearly set’ in Northern Ireland.

The media minister urged that public service broadcasters should prioritise making shows for British audiences rather than focusing on global sales.

Not everyone was on board with the proposed plan, with some people seen reacting to news of the legal requirement on Twitter as they questioned what ‘Britishness’ actually means in this instance.

I think she just means “white”

At the same time itâs very conspicuous that he doesnât mention e.g. I May Destroy Youâ¦ wonder why that might be

Is this a joke? FFS.

Wonder when the last time was he looked at a typical days tv listings/scheduling? It’s already full of The Great British this, The Great British That and all sorts of other English tripe promoted as “British”.

One person tweeted: ‘honestly it really reads to me like “british values” = “british show that is a success,” which makes it very easy to allege any shows that fail did it because they’re not “british enough” & any show that’s successful is due to some vague, undefinable “Britishness ™”.’

‘Is this a joke? FFS,’ questioned another, while one more said: ‘Wonder when the last time was he looked at a typical days tv listings/scheduling? It’s already full of The Great British this, The Great British That and all sorts of other English tripe promoted as “British”.’

Others questioned the shows that Mr Whittingdale had listed and pointed out that they feature a predominantly white cast.

I am sorry to be stepping down as Minister for Media and Data and saying goodbye to a great team of ministers and officials. It has been a privilege to play a part in shaping the future of UK public service broadcasting and in reforming our data laws using our new Brexit freedom

Suggesting that I May Destroy You, starring Michaela Coel, should be considered, one person tweeted: ‘At the same time it’s very conspicuous that he doesn’t mention e.g. I May Destroy You… wonder why that might be.’

‘I think [he] just means “white”,’ claimed one person.

Another added: ‘Looking forward to the legal definition of “distinctly British” because it’s not as if these are massively contested concepts or anything…’

‘It’s a Sin…make more British shows like that,’ urged one more.

Since appearing at the conference, it’s been revealed that Mr Whittingdale is no longer media minister. 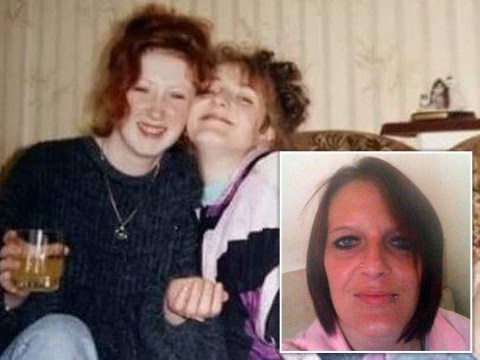 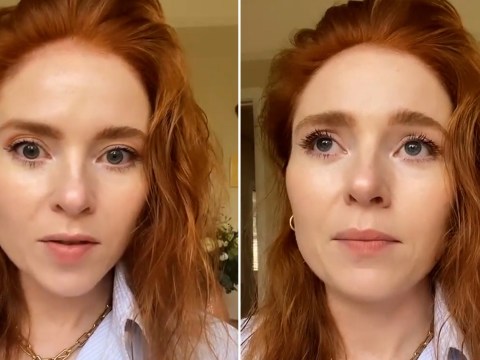 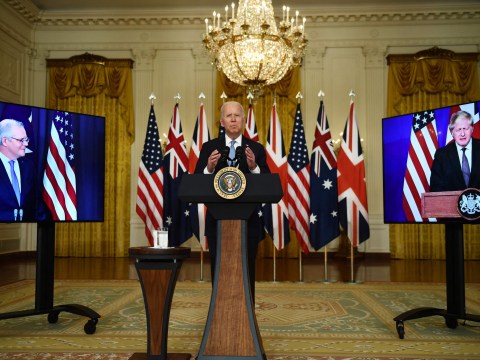 Boris announces ‘landmark’ new defence partnership with US and Australia

The MP confirmed the news via Twitter as he tweeted: ‘I am sorry to be stepping down as Minister for Media and Data and saying goodbye to a great team of ministers and officials.

‘It has been a privilege to play a part in shaping the future of UK public service broadcasting and in reforming our data laws using our new Brexit freedom.’

It comes as the Prime Minister carried out a cabinet reshuffle as he continues to rebuild his ministerial team.

Metro.co.uk has reached out to a rep for Mr Whittingdale for comment.

MORE : Piers Morgan says next gig will be ‘bigger than GMB’ after asking for old job back