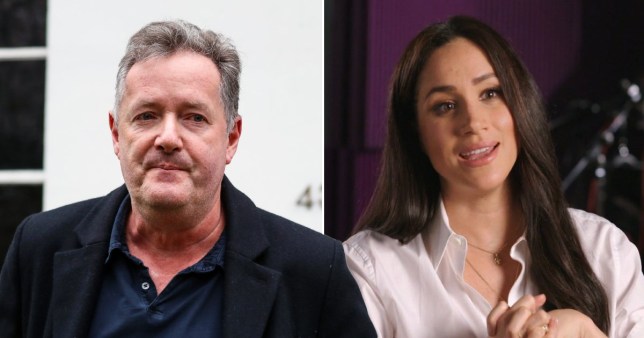 A royal biographer has predicted Meghan Markle is preparing behind the scenes to ‘fight back’ against Piers Morgan, following his recent scathing comments on the duchess.

The former Good Morning Britain host left the ITV show he fronted alongside Susanna Reid last month after refusing to apologise for his criticism of the former royal following her interview with Oprah Winfrey.

In interviews this week he continued to insist he ‘doesn’t believe’ Meghan, who raised claims of racism as well as saying she felt suicidal while living in the UK during the revealing tell-all alongside Prince Harry.

Speaking on TalkRADIO’s Mike Graham’s show, royal correspondent Angela Levin shared her belief it’s ‘precipitous’ to suggest the Suits actress – who lodged a formal complaint with ITV following Piers’s criticism on the breakfast programme – won’t come back at his comments in some way.

She said on Wednesday: ‘I think it is a bit like a verbal boxing match, isn’t it? Each of them wins a round and the other won comes back and is more spiteful or more difficult or says more things.

‘They have one thing in common and that is neither of them like to lose out.

Meghan and Harry sat down for an interview with Oprah last month (Picture: Harpo Productions/Joe Pugliese via Getty Images)

‘So they carry on bashing away.’

The royal biographer continued: ‘I imagine that the lawyers are working out if there is a sentence or a verb or something that Piers said that they could jump on.

‘So I think it is a bit precipitous to actually say she hasn’t come back yet.

‘She is a very determined woman, heavily pregnant or not. She will want to fight back.’

Piers left his post at GMB after five years following a controversial 48 hours, during which he questioned Meghan’s revelation about her mental health and stormed off set during a row with colleague Alex Beresford.

The journalist stormed off his GMB show (Picture: Rex Features)

According to the Guardian and the Telegraph, his departure came after a formal complaint was lodged with ITV on behalf of the duchess after the broadcast, while The Telegraph said that a spokesperson for ITV ‘refused to deny’ the reports.

The PA news agency understands that Meghan’s concern was not about the personal attacks on the validity of her racism allegation made against the Royal Family, or her claims she was not supported by the institution when experiencing suicidal thoughts.

The complaint is understood to focus on how Morgan’s comments may affect the issue of mental health generally and those attempting to deal with their own problems.

In addition, Ofcom received 41,000 complaints in the days following the GMB episode.

However Piers this week claimed that instead of being ‘cancelled’ he’s received messages of support from ‘several’ members of the Royal Family.

Following his appearance on Tucker Carlson’s Fox Nation programme earlier in the week, Piers continued his US TV circuit run and appeared on Extra to discuss the continued fallout from his criticism of Meghan, telling host Billy Bush he has the backing of some members of the Royal Family. 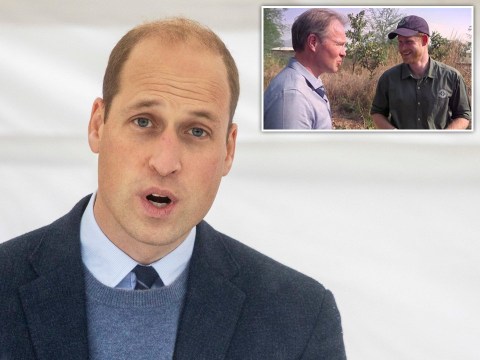 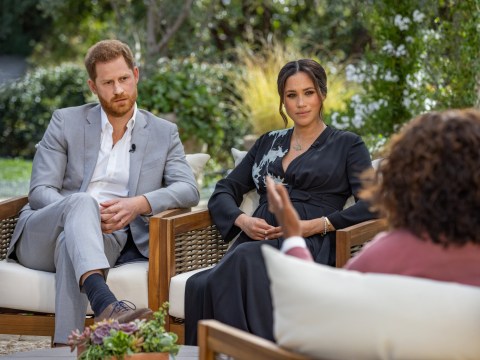 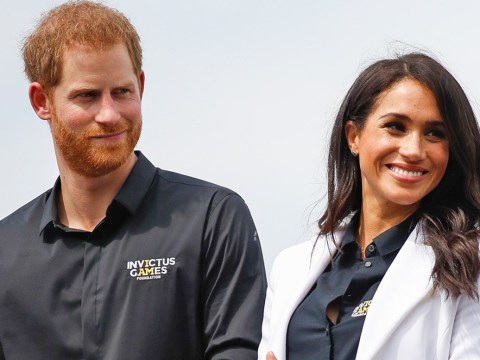 He said: ‘I’ve had some messages communicated to me on behalf of several members of the Royal Family.’

Asked if the support came from ‘upper-level people,’ Piers replied: ‘I’m not going to go into who it was. But what I would say is, gratitude that somebody was standing up.’

MORE : Jedward blocked by Piers Morgan after they asked Simon Cowell to stop his return to Britain’s Got Talent