She’s been forced to quarantine back in the UK after her Spanish getaway.

And Michelle Keegan reminisced over her recent holiday to La Cala, Mallorca and Ibiza as she shared a set of beach polaroid throwbacks to her Instagram on Sunday.

The actress, 33, showed off her incredible figure in a skimpy leopard print swimsuit as she posed up a storm on the sun-drenched trip which she enjoyed with her husband Mark Wright, 33. 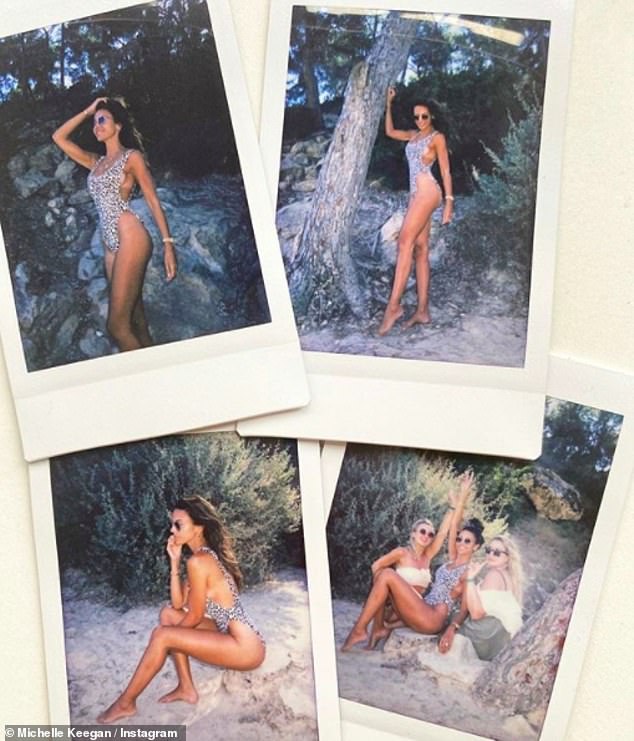 Holiday blues: Michelle Keegan showed off her incredible beach body in throwback polaroid snaps from her recent Spanish getaway on Instagram on Sunday

Funny: Joking about her tan lines, The Our Girl star prodded fun at her ‘white bits’ in the post’s caption saying: ‘A few polaroids FT a couple of blondes and white bits’

In the four printed out pictures the brunette beauty flaunted her lithe legs and deep tan as she larked around with a couple of friends.