The Japanese defender, who has starred on the right-hand side for Arsenal this season, had missed Arsenal’s last two matches due to injury but was drafted in for the 2-0 defeat at the hands of Jurgen Klopp’s men.

Arteta claimed that injuries to back-up right-backs Callum Chambers and Cedric Soares, plus Ainsley Maitland-Niles’ departure to Roma on loan, left the 23-year-old as the only possible option for the crucial cup semi-final. 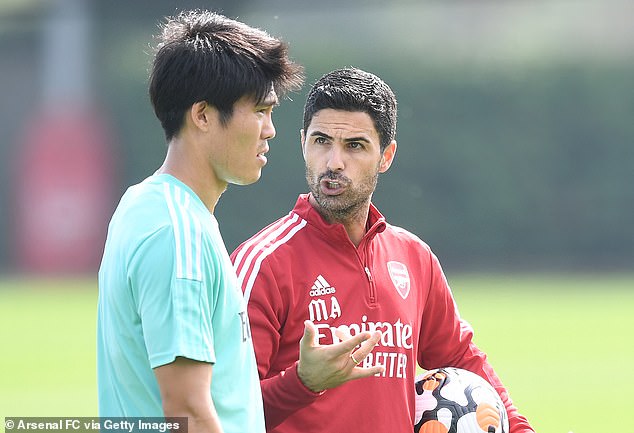 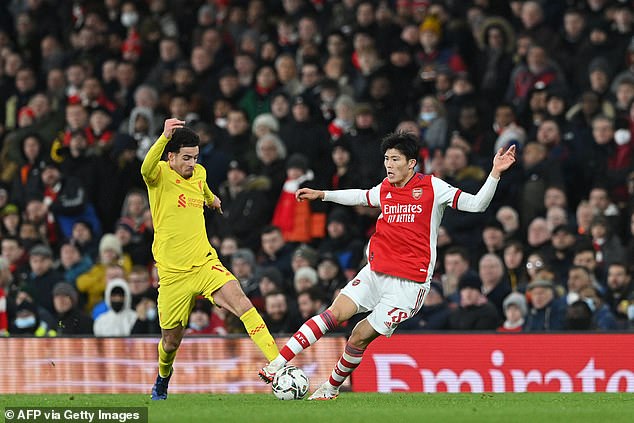 ‘Well, he’s done incredibly,’ Arteta told the Arsenal official website. We didn’t want to play him, we had to push him because Cedric and Callum were out and we didn’t have any full backs.

Tomiyasu was accused of being at fault for Diogo Jota’s first goal of the evening as the Gunners right-back slipped while trying to catch the Portuguese international, who squirmed a shot past Aaron Ramsdale in the first-half. 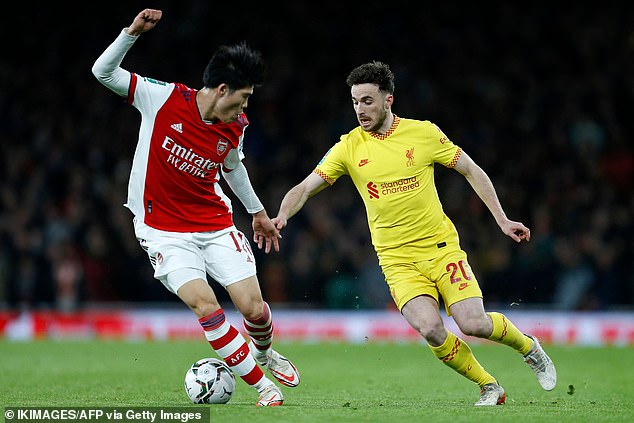 But Arteta has defended the Japanese defender for his role in the goal, claiming that the whole goal was preventable.

‘He slipped,’ Arteta added when asked if Tomiyasu could have done better for the goal.

‘He was trying to block the ball and he almost had the ball, but he slipped and after that the ball goes through his legs, he (Jota) miskicks the ball and it goes the other way from the keeper. So I think it was difficult to prevent that.’

Tomiyasu may be forced to play even more football as he continues to recover from injury, as Arsenal have a quick turnaround for their next game as they welcome Burnley to the Emirates Stadium on Sunday.