The famous couple often enjoy time together in New York City — and on May 13, Millie Bobby Brown and Jake Bongiovi were spotted after a romantic dinner date. 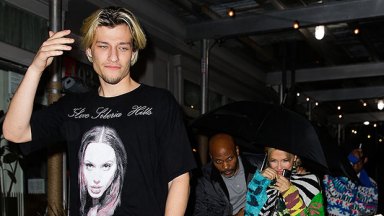 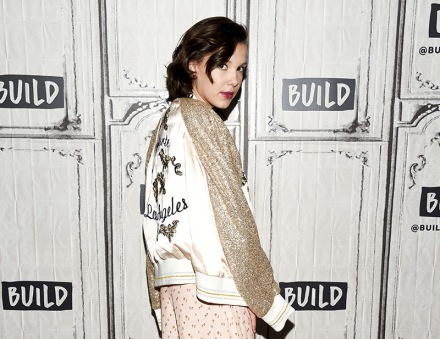 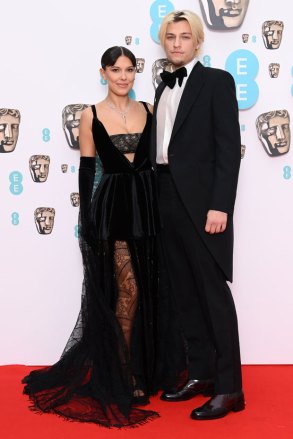 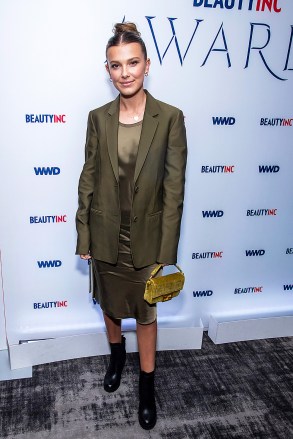 Millie Bobby Brown and boyfriend Jake Bongiovi are going strong! The couple was spotted leaving a New York City restaurant on the evening of May 13 with a bodyguard in tow. The Stranger Things actress, 18, donned funky loose 90’s-style jeans that had mismatched bandana and other fabric pieces constructing the bottom of them. 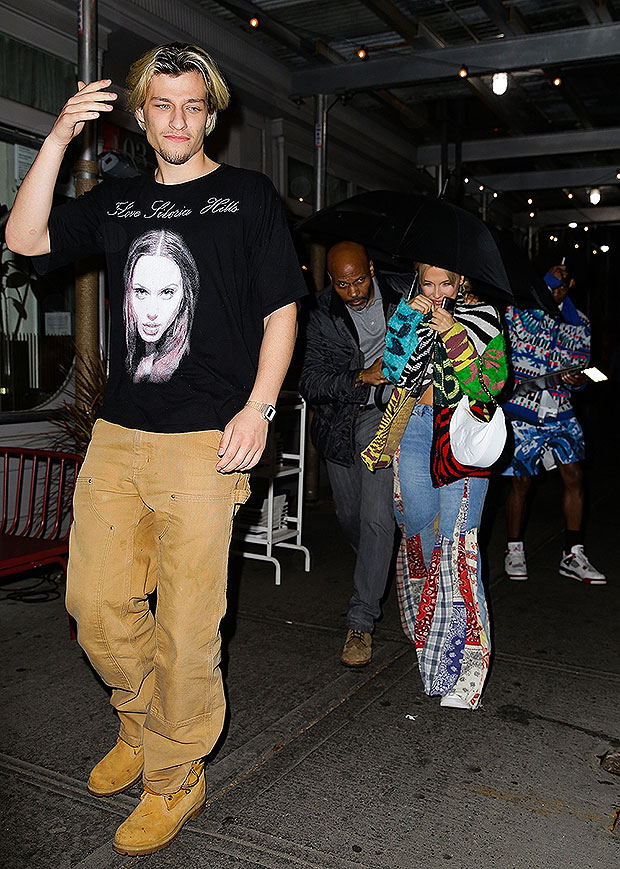 She paired her stylish pants with an equally eccentric jacket composed of several mismatched patterns and fabric pieces that were stitched together, including two shades of zebra print. She accessorized with a white purse. Her short blonde hair could be seen peeking out from underneath an umbrella and was parted in the middle.

Jake, 20, looked cool in a black graphic tee and baggy khaki pants. His bleached hair was parted in the middle, and he finished his look with work boots. He walked a few steps ahead of his British girlfriend. 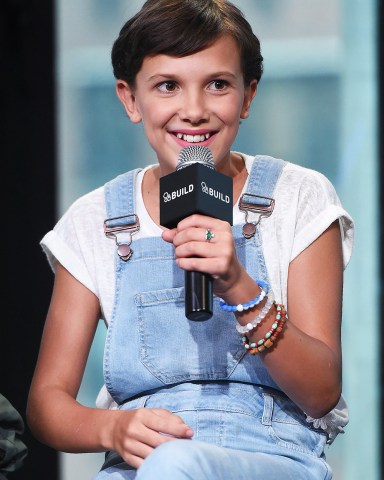 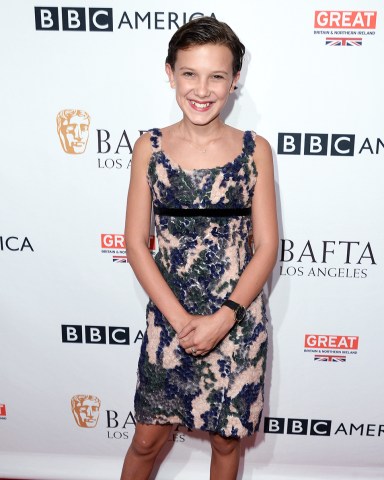 Millie and Jake have been linked since June 2021 after he shared a selfie with Millie on Instagram. “bff<3,” he captioned the casual post. The pair confirmed they were more than just best friends when Millie posted a snapshot of them getting cozy in the London Eye, a famous Ferris wheel located along the River Thames in London. In the blurry picture, Millie wrapped her arms around the son of music legend Jon Bon Jovi as he kissed her cheek. 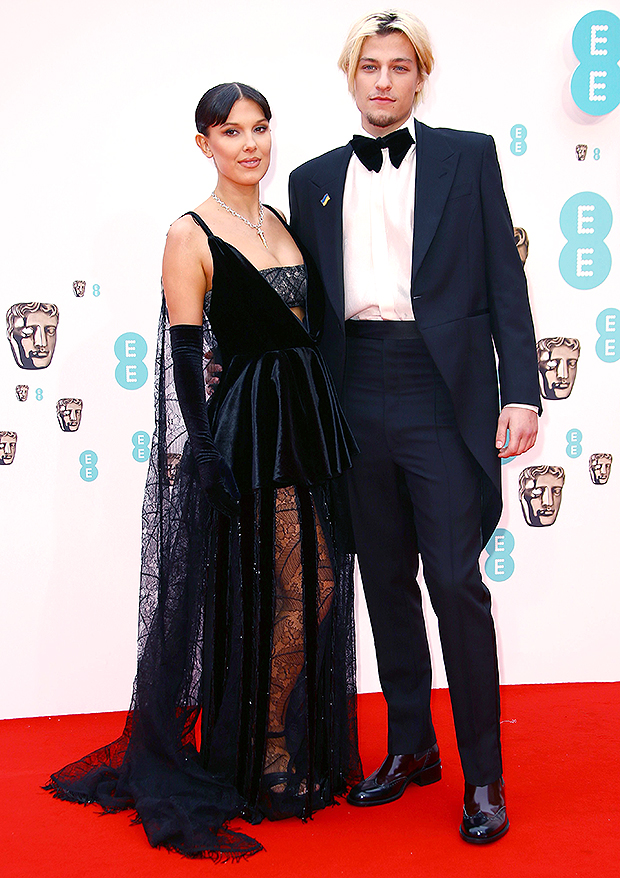 Since then, the couple has not been shy about showing off their love. They were first spotted together in public holding hands on a stroll through New York City in July 2021. On Christmas Day 2021, Millie shared a sweet selfie with her beau in which they were cuddled up in Christmas sweaters. “Happy holidays,” she wrote. In February, they dressed as Barbie and Ken together to ring in Millie’s 18th birthday. And in March, they made their official red-carpet debut as a couple at the 2022 BAFTAs.

Millie was previously linked to Joseph Robinson, 19, the son of England Rugby World Cup legend Jason Robinson. They dated for less than a year before breaking up in 2020. Before that, Millie dated social media star Jacob Sartorius, 19. They were an item for a few months in 2018.