Neil Warnock has agreed to extend his stay at Middlesbrough after discussing the way forward with chairman Steve Gibson.

The 72-year-old, who took over from Jonathan Woodgate with eight games of last season remaining and guided the club to Sky Bet Championship safety, will now lead Boro into the 2021-22 campaign with long-term allies Kevin Blackwell and Ronnie Jepson at his side.

A club statement said: ‘The club is delighted to announce that Neil Warnock has agreed a deal to remain as our manager for the 2021-22 season. 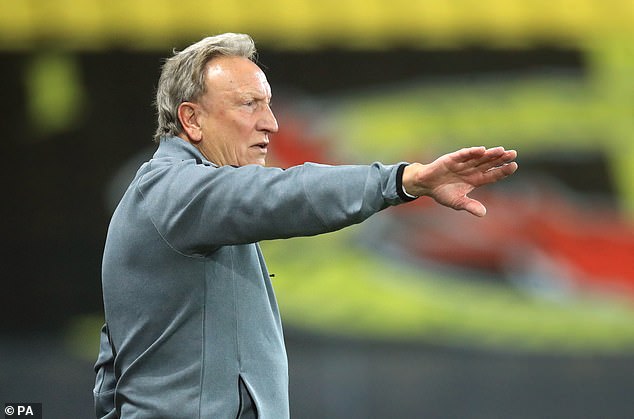 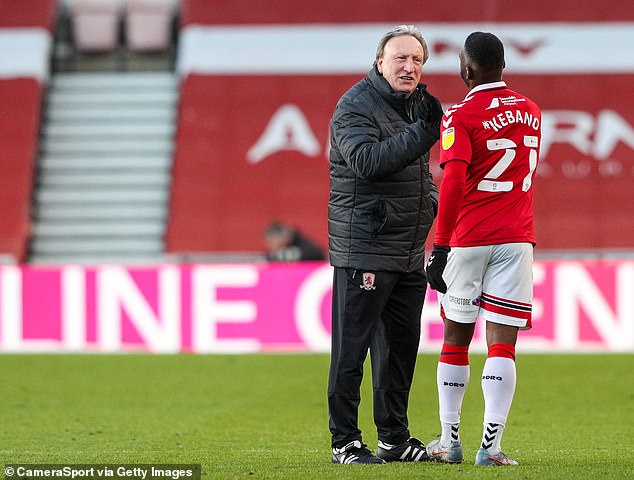 The veteran, 72, has transformed the club from relegation strugglers to play off hopefuls

‘The 72-year-old initially took over on a short-term basis last summer after Jonathan Woodgate was relieved of his duties as head coach, and he guided the club to Championship safety in the final match of his eight-game tenure.

‘The Yorkshireman committed himself for the 2020/21 season and has presided over a transformation that has seen the team challenging for the Championship play-off places.

‘He has repeatedly spoken of how he is enjoying his time on Teesside and also of his desire to win a record ninth promotion. The return of fans to the Riverside is another big attraction for the veteran of over 1500 games as a manager.

‘We are currently five points off the play-off places with 12 games remaining. 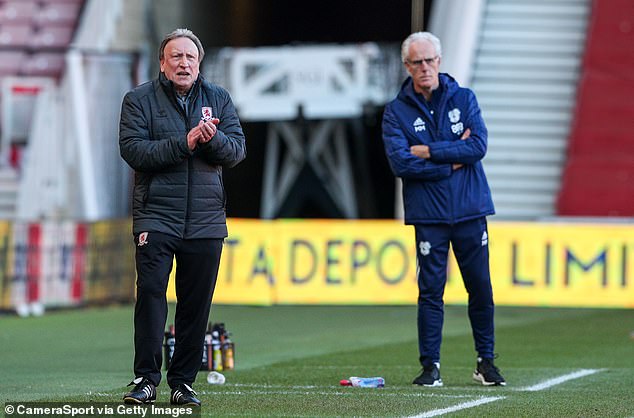 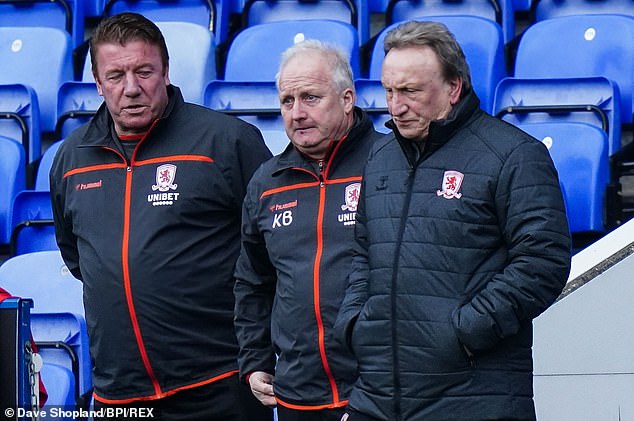 ‘Trusted lieutenants Kevin Blackwell and Ronnie Jepson will also remain at the club with the manager.’

Warnock was drafted in by Gibson in June last year amid fears that Boro could slip out of the second tier.

And while he has admitted that it is likely to be his last job in football, he has clearly relished the opportunity to turn the club around and enjoyed the process of attempting to establish it back among the upper reaches of the table.

Tuesday night’s 2-1 win at Coventry left the Teessiders in ninth place ahead of Saturday’s tough trip to promotion-chasing Swansea.