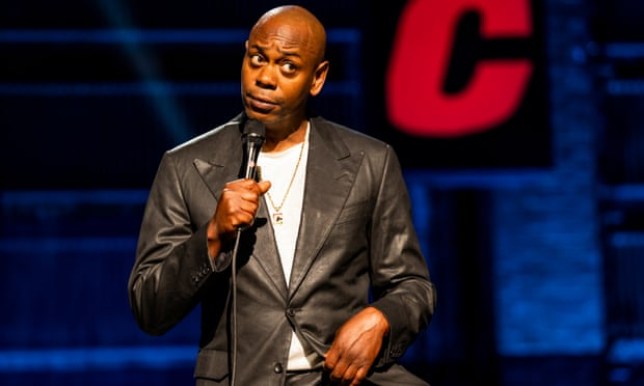 Netflix has reportedly suspended three employees for crashing a meeting between top executives amid backlash over Dave Chappelle’s new special, The Closer.

The 48-year-old came under fire last week over jokes made in The Closer, with many calling for the special to get pulled from the streaming service.

In the special, Chappelle defended JK Rowling’s comments about transgender people. claimed he was part of ‘team TERF’ (the acronym for trans-exclusionary radical feminist) and said: ‘Gender is a fact.’

Terra Field, who identifies as queer and trans, and two other employees who were not invited to the virtual gathering which took place last week, Variety reports.

According to the publication, Field – who is a senior software engineer for the streamer based in San Francisco – was suspended late last week for attending the QBR, which is a quarterly business review that is attended by the top 500 employees in the company.

Netflix did not suspend Field over her tweets calling out what she called anti-trans jokes in the Chappelle special, sources told Variety.

The problem is that people are responding to something we never said. We aren’t complaining about “being offended” and we don’t have “thin skin”. You try going to a pharmacy and having them call you “sir” in front of everyone while you pick up your estradiol. “Thin skin” ð 

October 6 saw Field post a lengthy Twitter thread about Chappelle’s special as she wrote: ‘Yesterday we launched another Chappelle special where he attacks the trans community, and the very validity of transness – all while trying to pit us against other marginalized groups. You’re going to hear a lot of talk about “offense”. We are not offended.’

Field went on to write ‘our existence is “funny” to him – and when we object to his harm, we’re “offended”.’

Insiders told the publication that an investigation has been launched into the three employees.

Meanwhile, the streaming service’s co-CEO Ted Sarandos sent a memo following the QBR offering guidance on how managers should handle upset employees and angry talent speaking out against Chappelle.

According to Variety, he stated: ‘Chapelle is one of the most popular stand-up comedians today, and we have a long standing deal with him. His last special Sticks & Stones, also controversial, is our most watched, stickiest and most award winning stand-up special to date.

‘As with our other talent, we work hard to support their creative freedom — even though this means there will always be content on Netflix some people believe is harmful.’

Dave Chappelle’s brand has become synonymous with ridiculing trans people and other marginalized communities. Negative reviews and viewers loudly condemning his latest special is a message to the industry that audiences don’t support platforming anti-LGBTQ diatribes. We agree. https://t.co/yOIyT54819

He went on to share examples of other controversial Netflix releases such as the teen suicide drama, 13 Reasons Why, and film Cuties, which was meant to comment on the ‘hypersexualization of children’ but received wide backlash.

Sarandos continued: ‘Several of you have also asked where we draw the line on hate. We don’t allow titles Netflix that are designed to incite hate or violence, and we don’t believe ‘The Closer’ crosses that line.’ 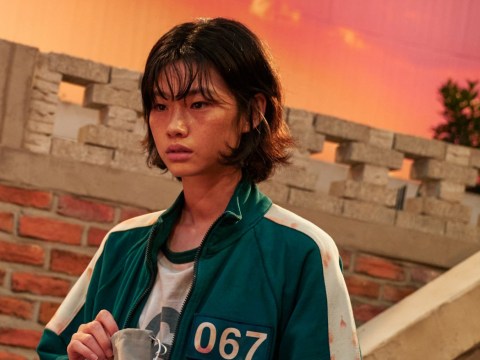 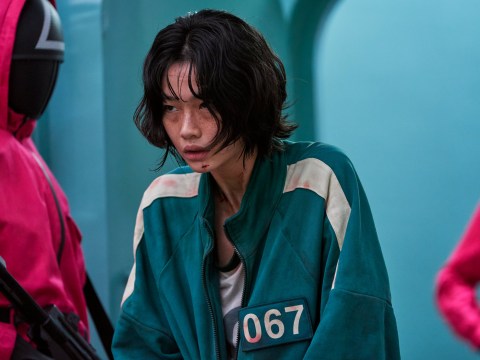 Squid Game: Who is player 067 and does she die? 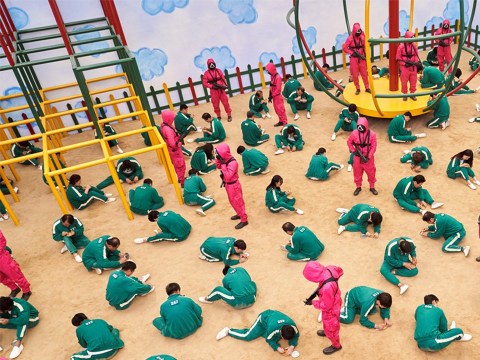 Children are copying Squid Games scenes in the playground

In the memo, Sarandos drew a line between expressing artistic freedom and protecting employees in the workplace as he added: ‘Particularly in stand-up comedy, artistic freedom is obviously a very different standard of speech than we allow internally as the goals are different: entertaining people versus maintaining a respectful, productive workplace.’

MORE : Dave Chappelle responds to ‘dumbass’ backlash over trans jokes as calls for Netflix to remove his special intensify