Newcastle are set to secure the future of highly-rated midfielder Joe White after agreeing terms on a new contract.

There was a danger the Magpies could lose the 19-year-old, whose current deal expires this summer.

Both Rangers and Celtic had shown an interest in White, while Premier League clubs including Chelsea, Leeds and Wolves were also monitoring his situation. 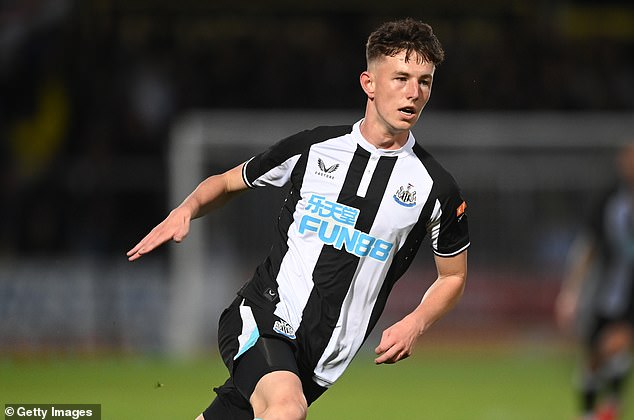 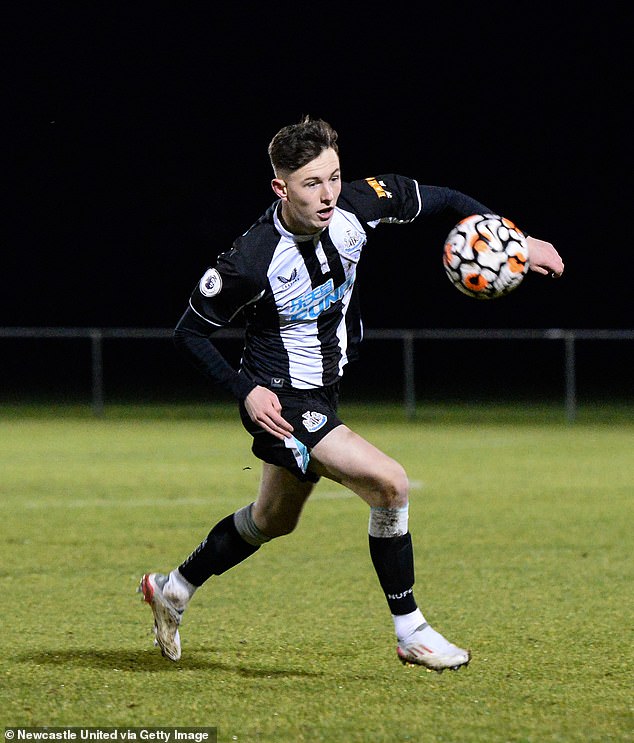 However, Sportsmail understands the club have now negotiated a new, long-term contract with the England youth international.

White is yet to make his competitive debut but has been training with Eddie Howe’s senior squad this season.

He has been an unused substitute on several occasions and could now go out on loan in the coming days. 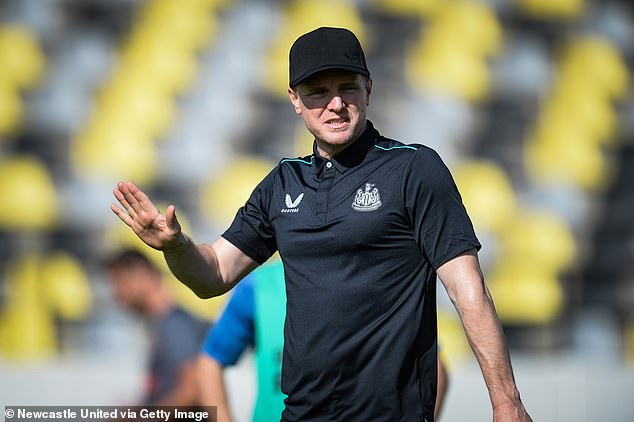 Howe was extremely keen for the player to remain on Tyneside, and said last month: ‘With Joe White, I’ve been very impressed. I saw him playing for the development squad recently, and he performed really well. He’s a talented player.’

The Carlisle-born playmaker was also held in high esteem by former boss Steve Bruce, who handed him a first-team bow during pre-season.

White is from good footballing stock. His late grandfather, Peter Hampton, made over 350 Football League appearances, starting his career at Leeds under Don Revie before representing Stoke, Burnley, Rochdale and Carlisle.