Back on mom duty! Kim Kardashian, still bleach blonde, looked so chic in an all black look as she took daughter North to another basketball game. 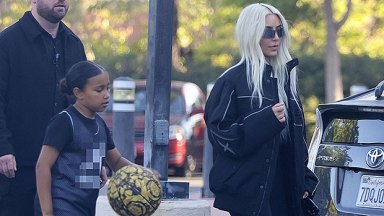 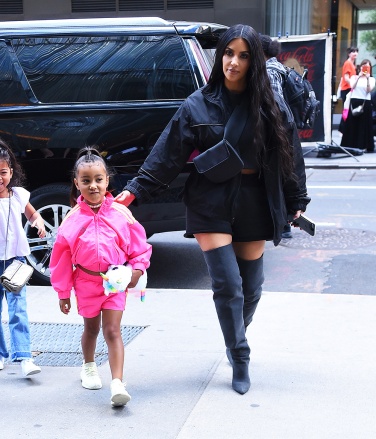 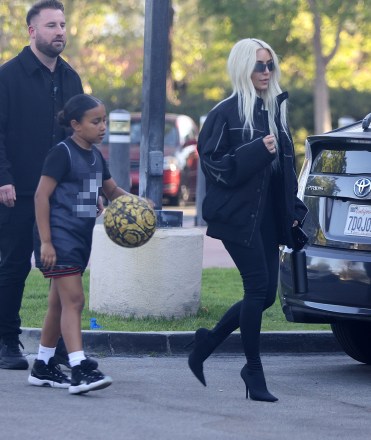 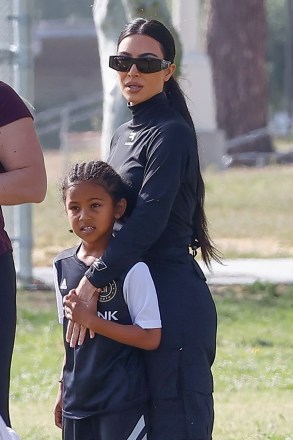 With Kanye West and Kim Kardashian as her parents, it’s no surprise that North, 8, is already a burgeoning fashion icon! The eldest West sibling was spotted heading to her basketball game with mom Kim on Saturday, May 14 using none other than a Versace Barocco print basketball, priced at $250 USD (for reference, a regular ball will run between $30 – $60). North was all ready to go in her black jersey and striped shorts, along with a black pair of sneakers.

North confidently bounced the designer basketball, featuring one of the brand’s most iconic prints, as she walked alongside her famous mom. She and Kim were joined by an unidentified friend of the 8-year-old — seemingly a team mate — and who appeared to be her dad. 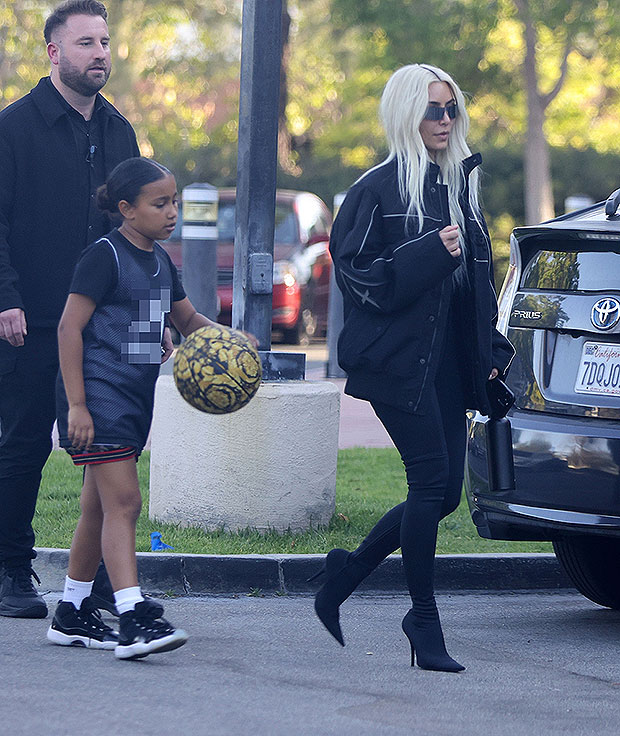 Kim Kardashian takes daughter North West to a basketball game on May 14. (BACKGRID)

Kim, 41, twinned with North in an all black ensemble of her own. The SKIMS founder sported her essential Balenciaga pant leggings (finishing with their signature pointy knife boot), along with an oversized sporty jacket featuring white piping. The mom-of-four held onto a black water bottle to tie her ensemble together (and stay hydrated in the warm Los Angeles weather), keeping her face covered with a frameless pair of ski-goggle inspired sunglasses. 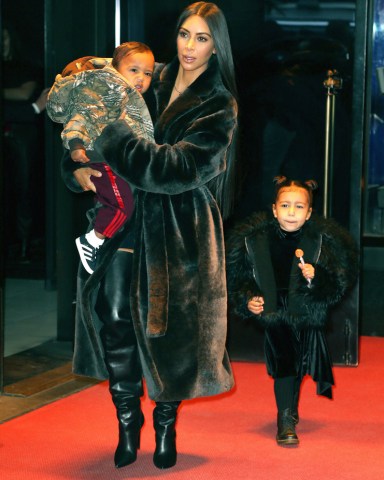 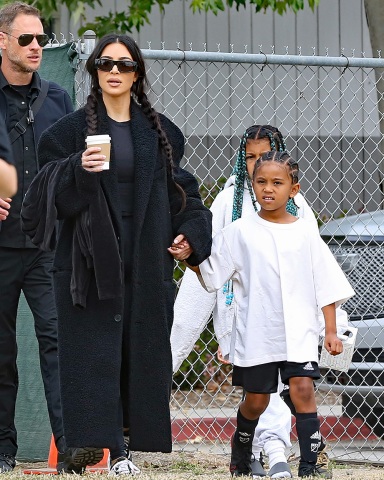 Kim was still rocking her bleach blonde hair from the Met Gala, which she dyed to channel the late Marilyn Monroe. The Kardashians on Hulu star made headlines around the globe for her controversial appearance where she wore Marilyn’s original “Happy Birthday, Mr. President” way back in 1962. She only wore the actual dress, which was on loan from the Orlando Ripley’s Believe It Or Not! museum, for several minutes on the red carpet later changing into a replica.

As part of the process, Kim documented dying her hair — revealing it took hours to accomplish. “I’m spending the whole day just dyeing my hair, 14 hours straight,” she laughed in a behind-the-scenes video, later telling friend LaLa Anthony on the red carpet she would be keeping the look for a while. Just a week ago, Kim looked fabulous rocking the blonde at another one of North’s games!

Kim Kardashian & Ray J’s Relationship Through The Years: From Dating To Sex Tape Scandal To Today