Tributes are being paid after the former WWE star Ryan Sakoda has died aged just 48.

Sakoda was a star on Smackdown during the Ruthless Aggression-era in the early 2000s.

Before the WWE, Sakoda found success in the NWA Zero-One promotion in Japan after several fruitful appearances for Ultimate Pro Wrestling. He often filled in as an instructor at UPW's Ultimate University while wrestling as a member of the faction Team Emblem, reports the Mirror.

In January 2003, Sakoda made his first onscreen appearance – under the name Charlie Chan – on WWE's flagship show Raw as a judge for world heavyweight champion Triple H and Scott Steiner's pose down.

He burst onto the scene at WWE later in the year when, soon after signing his developmental contract, Sakoda debuted at No Mercy in October alongside Akio.

Ryan Sakoda (R) formed a tag team with Akio in which the two acted as the Yakuza-style henchmen of Tajiri
(Image: WWE)

The duo formed a heel tag team named Kyo Dai, and they gained notoriety as the Yakuza-style henchmen of Tajiri.

The pair fought in a number of bouts, wrestling against the likes of The Dudley Boyz and the FBI.

Sakoda was released in August 2004 after over a year with the company, and he was a regular on the independent scene in California between 2005 and 2010.

Since the tragic news broke, many are taking to social media to pay tribute to the popular star, including former wrestlers.

“Shocked to find out Ryan Sakoda passed away on Sep 2nd. How are we just finding this out now???”

As reported by Fightful.com, it is not yet known how the ex-wrestler died.

Sakoda worked for wrestling promotions UPW and XWF throughout his lengthy in-ring career.

He was also part of MTV series Wrestling Society X for a single season, and had recently been working for Disney at their Grand California Hotel.

The Tokyo-born star filed a class action lawsuit against WWE, alleging wrestlers suffered traumatic brain injuries while contracted to the promotion and the company was attempting to conceal that information, but the suit was dismissed as frivolous in March 2016. 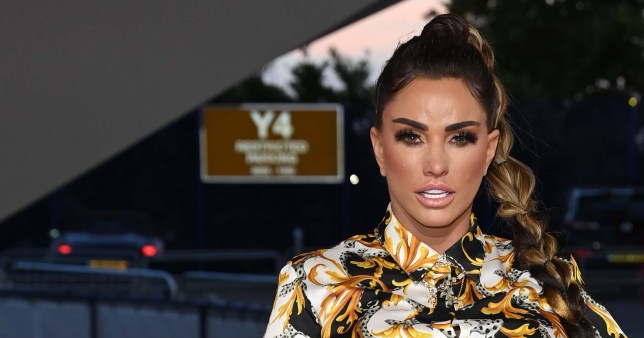 Katie was arrested this morning

Katie Price has been arrested on suspicion of drink driving.

The 43-year-old was taken to hospital following a single vehicle collision near Partridge Green this morning, according to The Sun.

A statement from Sussex Police said: ‘Police responded to reports of a single-vehicle collision on the B2135 near Partridge Green around 6.20am on Tuesday (September 28).

‘A woman, 43, was arrested on suspicion of driving while above the legal limit for alcohol and drugs, and has been taken to hospital to be checked over.

‘The road was blocked temporarily while recovery of the vehicle was arranged.’

Paramedics attended the scene, and confirmed one person was taken to hospital.

A South East Ambulance Service spokesman said: ‘I can confirm we were called at approximately 6.30am to reports of an RTC on the B2135 at Partridge Green.

The star was reportedly involved in a single vehicle collision (Picture: Ken McKay/ITV/REX/Shutterstock)

‘One ambulance crew attended the scene and one person was assessed and treated before being taken to hospital.’

The B2135 has now been opened, with an officer from Sussex police saying the vehicle’s occupant ‘is thankfully on the whole okay’.

A source told the publication: ‘Katie rolled her car and was in a bad way when police arrived.

‘She’s in hospital now and everyone is desperately worried about her and why she was driving.’

Katie is believed to currently be banned from driving.

The mother-of-five was hit with a two-year driving ban in October 2019 for withholding the identity of the driver of her pink Range Rover during a crash in Bexley in November 2018, with the ban later being reduced to 18 months on appeal.

The ban ended in April, but Katie was ‘horrified’ to be told that she had to serve a further six months due to a previous totting up offence for speeding, when she contacted the DVLA for a new license.

Katie believed the ban extension was due to an ‘admin error’, based on a speeding conviction being sent to an incorrect address.

A rep for the star said in April: ‘Indeed Katie was to receive her licence this week – however on speaking to the DVLA was informed a further time was yet to be honoured due to an admin error in holding an incorrect address for Miss Price.

‘Miss Price is appealing and expects to be driving once this matter has been cleared up.’

The incident comes a day after Katie appeared on Good Morning Britain, where she discussed the difficulty being banned from driving had on her visits to son Harvey, 18. 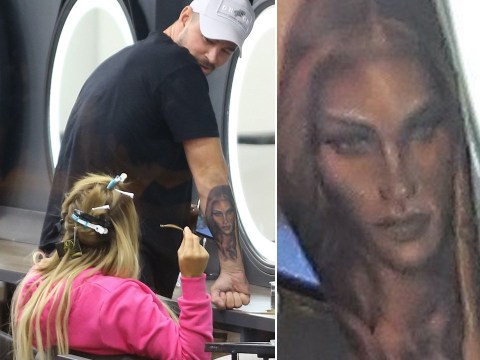 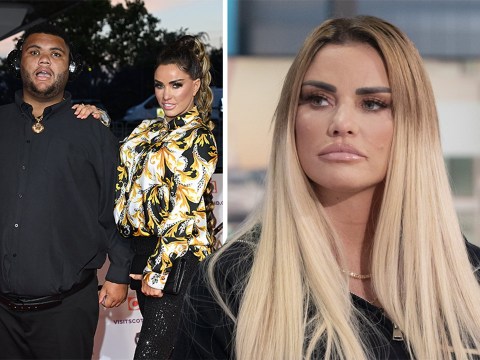 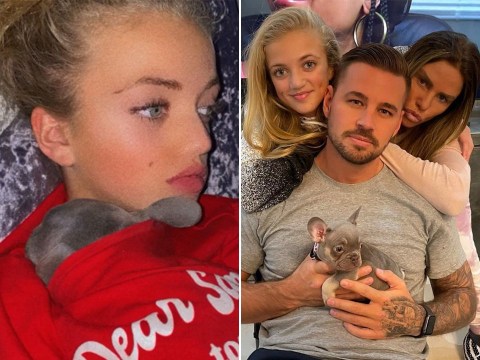 She said: ‘Harvey’s in Cheltenham now. He keeps ringing me saying, “Mummy I miss you, I need kisses and cuddles”

‘So it is quite hard because obviously I don’t get my licence back till December, so I can’t just whizz in the car there, and it’s not close.’

Manchester United have issued an apology to a fan who was wrongly banned for alledged racist abuse.

Lifelong supporter Ryan Butler was told via email in April that he had made derogatory remarks on social media aimed at Tottenham Hotspur forward Heung-min Son.

The Red Devils banned five other fans, three of which were season ticket holders and two official members.

United suspended Butler's club membership, ability to book tickets and access to Old Trafford after Ole Gunnar Solskjaer 's side had beaten Spurs 3-1 in the Premier League and Son had scored the opening goal before a second-half comeback.

Butler, from County Armagh in Northern Ireland, initially appealed the ban but it was rejected, as he told the Belfast Telegraph.

"I don't even have Twitter," Butler told the Northern Irish outlet. "They were unwilling to give me any other information than what was shown in that screenshot."

In a statement, the club said: "In this case, we regrettably made a mistake and the ban was revoked. We apologise to Mr Butler."

"We take reasonable steps to verify the identity of those suspected of abuse and everyone sanctioned has the right of appeal," it added.

"This incident highlights that fact that identifying those responsible for online abuse is made more difficult given social media users are not required to verify their ID."

The club concluded: "We will continue to work with social media platforms to root out abuse and hold the right people accountable."

Ahead of the 2020-21 season, the Premier League announced that anyone who engages in racist abuse – or other forms of discriminatory behaviour – will be banned from all top-flight grounds.

The new sections came under the "No Room for Racism" strategy, a bid to streamline punishment rather than individual clubs being left to make decisions on their own supporters.

The platform said they had removed 1,622 messages containing racist language from its platform across the 24 hours during and after the final between England and Italy, in which a host of Black players such as United duo Marcus Rashford and Jadon Sancho were subject to abuse.

Twitter claimed that the largest number of abusive messages came from the United Kingdom but that only 2% of them received more than 1,000 views.

Social media companies have been under pressure from the Premier League and other sporting organisations to do more to tackle racist abuse.

The notion have users needing submit more identification has been discussed but Twitter said that their findings showed that ID verification "would have been unlikely to prevent the abuse from happening."