R&B legend Patti LaBelle has been on her own living the single life since her separation from ex-husband Armstead Edwards in 2000 after 31-years of marriage.

Fast forward some 21 years and the music icon maintains she’s ‘not interested’ in dating again at the age of 77.

‘I’m just living my life like it’s platinum,’ she said while promoting the 20th-anniversary reissue of her first cookbook, LaBelle Cuisine, during an interview with People. 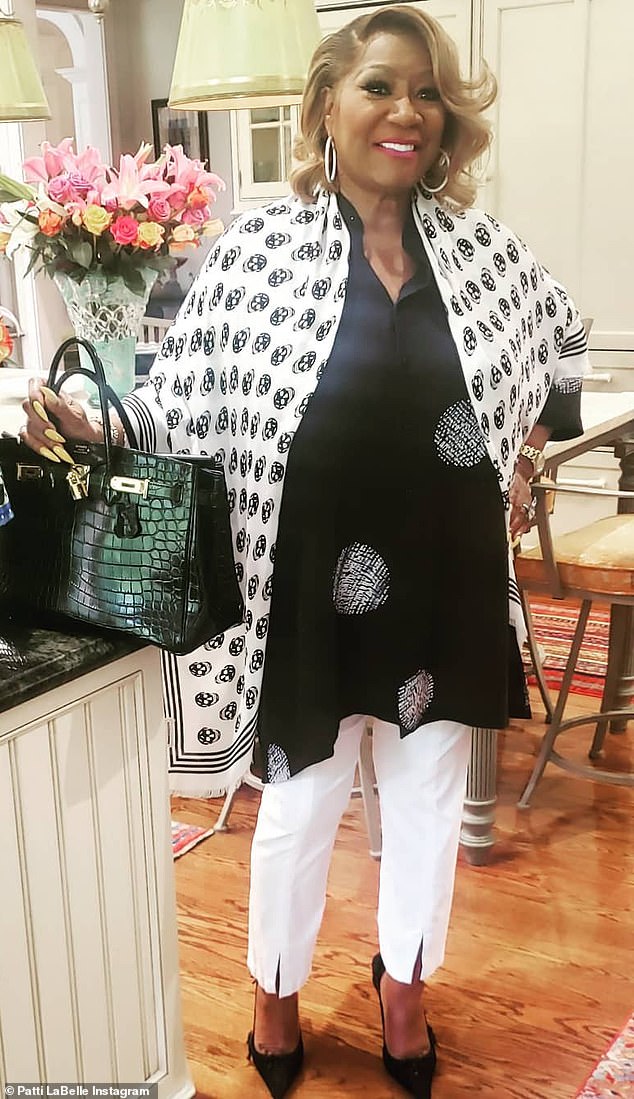 Staying solo: Patti LaBelle, 77, confessed she’s ‘not interested’ in dating at this stage of her life

Instead of diving into the world of dating and another longterm relationship, LaBelle is more interested spending her time with family and friends.

‘Thank God I have a lot of people who care for me,’ she added, in reference to her life over the past two decades as a single woman.

‘I live alone with my dog, Mr. Cuddles, and I’m looking for love from everybody. I am.’ 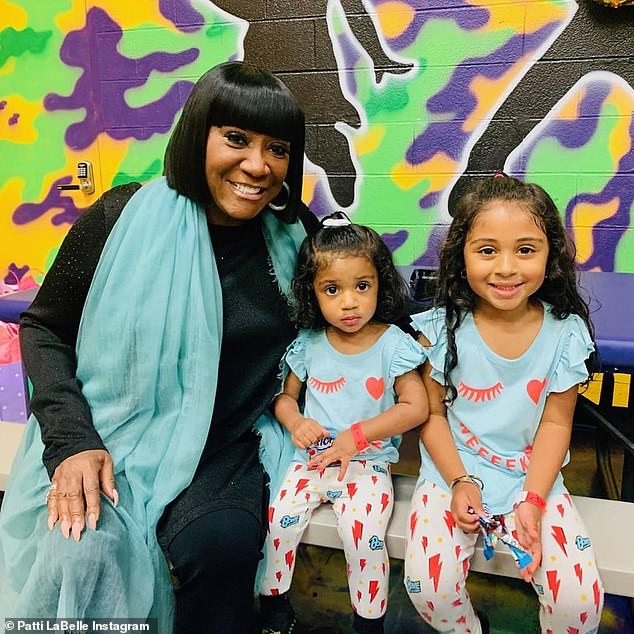 LaBelle says she’s more interested spending her time with family and friends, especially her two granddaughters Leyla, four and Gia, six;  the iconic singer and her granddaughters are pictured in September 2019 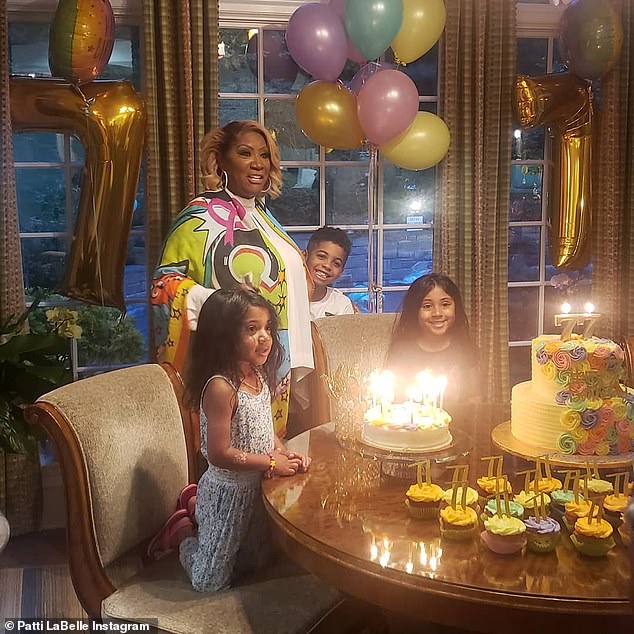 Loves of her life: Leyla (front) and Gia (right), which are the daughters of LaBelle’s son Zuri Edwards, helped celebrate their grandmother’s 77th birthday in May

Along with her pet pooch, LaBelle is happy to spend much of her intimate time with her granddaughters Gia, six, and Leyla, four, whose dad is her 48-year-old son Zuri Edwards.

She and her granddaughters often like to spend their time together in the kitchen,  trying out some new recipes.

‘I learned to cook from my mom and dad; now they’re learning from me. It’s just fun!’ she said of her time cooking and baking with her girls.

‘Leyla, the little baby, she thinks she has a YouTube cooking channel. She makes sushi, and then at the very end she says, “Bye-bye.” So she thinks she can cook, and I think she will be a good cook.’ 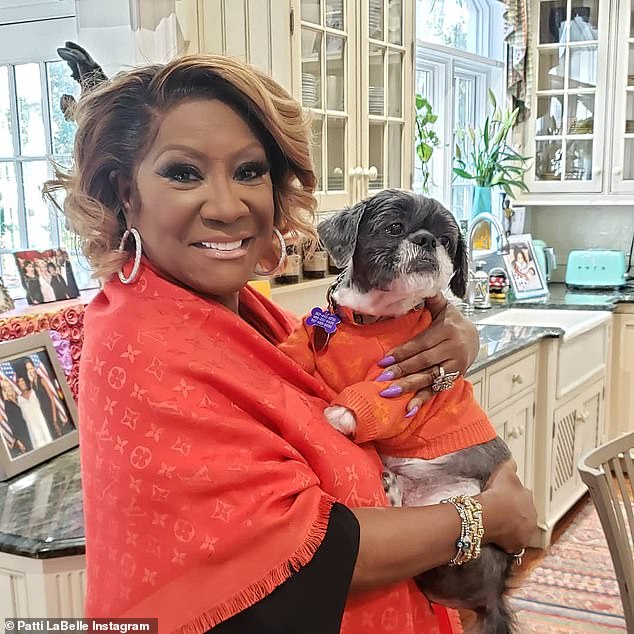 ‘I live alone with my dog, Mr. Cuddles, and I’m looking for love from everybody. I am,’ LaBelle said in reference to her decision to remain single

While LaBelle is educating her two girls on the tricks of the trade in the kitchen, they can be heard giving her a lesson on how to keep up with technology and her electronic devices.

‘Gia is trying to teach me how to use a smartphone because I have a flip phone,’ the Philadelphia, Pennsylvania native explained.

‘She’s 6, and we were at a restaurant last night. I said, “Oh, wow, Gia, what are you doing?” And she said, “Grandma, I have 70 something likes” — I don’t know what she has, but anyway, she was showing me how to work certain parts of the phone.’

LaBelle continued, ‘I said, “Oh, baby, I don’t know how to do that.” She said, “That’s right, Grandma. You have a flip phone. I’m going to spend the night one night, and I’m going to show you how to use everything on this phone, okay, Grandma?” They’re going to teach me. It’s great to have babies.’ 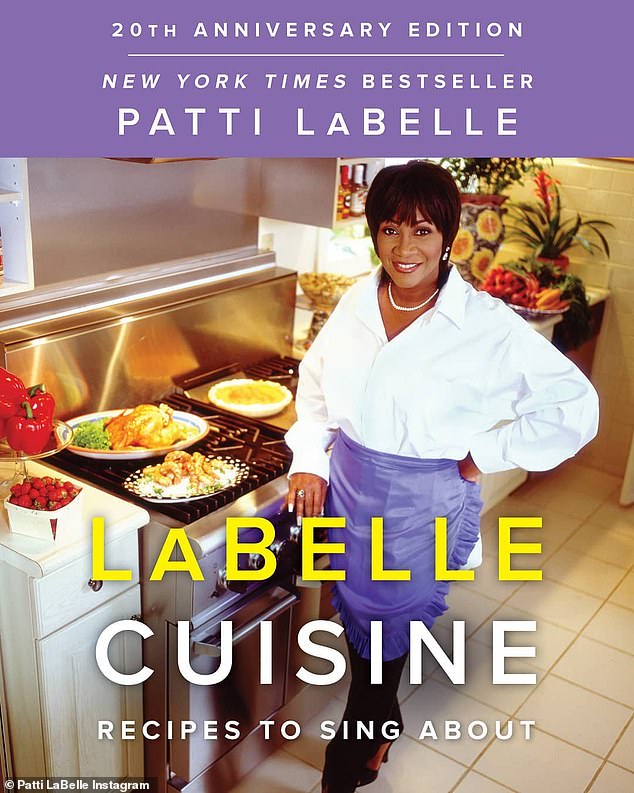 During her career dating back to the 1960s, LaBelle has sold more than 50 million records worldwide.

Some of her defining songs include Lady Marmalade, You Are My Friend, If Only You Knew, Stir It Up, New Attitude, and her number one duet single, On My Own, with Michael McDonald, to name a few.

After a 10 year hiatus from recording, LaBelle released Bel Hommage in 2017, which to date is her last studio release of her career. 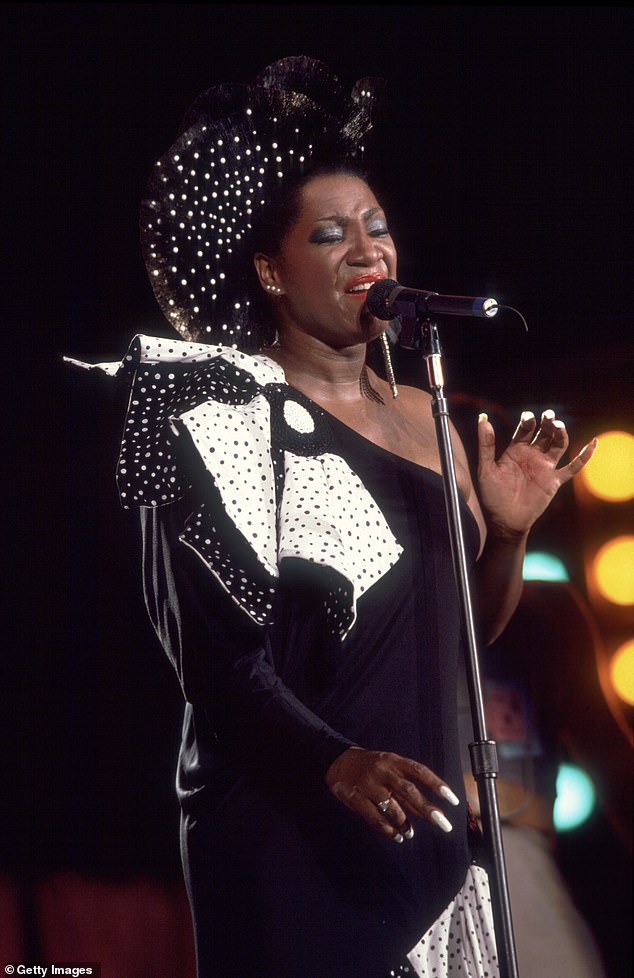 Legendary: During LaBelle’s seven decade career she sold more than 50 million records; the music icon is pictured on stage performing at Live Aid  in July 1985