Spanish player Paula Badosa has announced she has tested positive for coronavirus during quarantine in Australia.

The 23-year-old, ranked 67, is the first player to be named as an active case a week after more than 1,000 people connected to the Australian Open began to arrive in the country.

In a social media post, Badosa wrote: ‘I have some bad news. Today I received a positive Covid-19 test result. I’m feeling unwell and have some symptoms, but I’ll try to recover as soon as possible listening to the doctors. 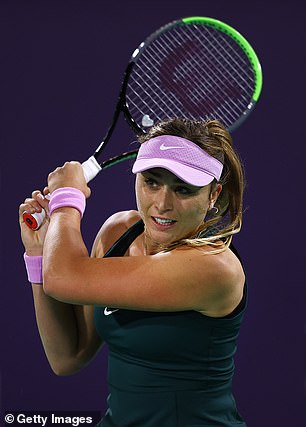 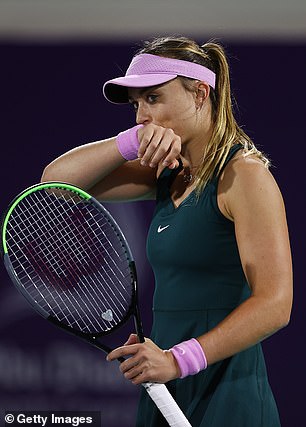 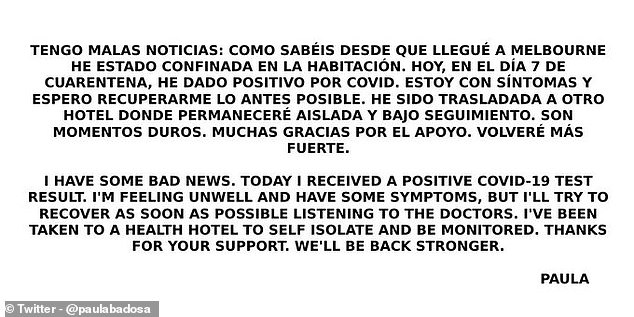 ‘I’ve been taken to a health hotel to self isolate and be monitored. Thanks for your support. We’ll be back stronger.’

On Wednesday, local officials reported that a total of 10 people who travelled to Australia for the tournament had tested positive, but some of those were likely to be viral shedding, where someone who has previously had the virus still has it in their system but is no longer contagious.

Meanwhile, leading umpire Carlos Bernardes is recovering after being taken to hospital on Wednesday having reportedly suffered a heart attack during quarantine.

The ATP said: ‘Following admittance to hospital (non-Covid related) on Wednesday in Melbourne, we are pleased to report that ATP Umpire Carlos Bernardes is recovering well. Carlos passes on his gratitude for all the well wishes he’s received, and we wish him all the best for a full recovery.’ 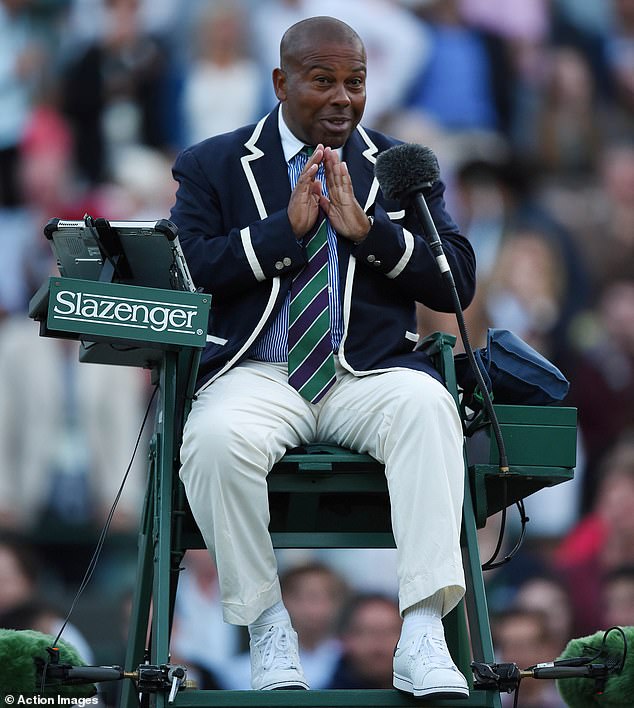