Peter Andre’s wife Emily has spoken of her struggle with leading a life in the public eye, saying she still resents a comment someone made about her hair six years ago.

The 32-year-old admits she has received thousands of nice comments on social media over the years but was stunned when someone told her to ‘get a haircut’ because they thought her hair was too long.

Doctor Emily, who married former pop star Peter, 49, in 2015 told The Sun: ‘I try to avoid reading things, there can be a thousand nice comments and you will remember the one horrible one. 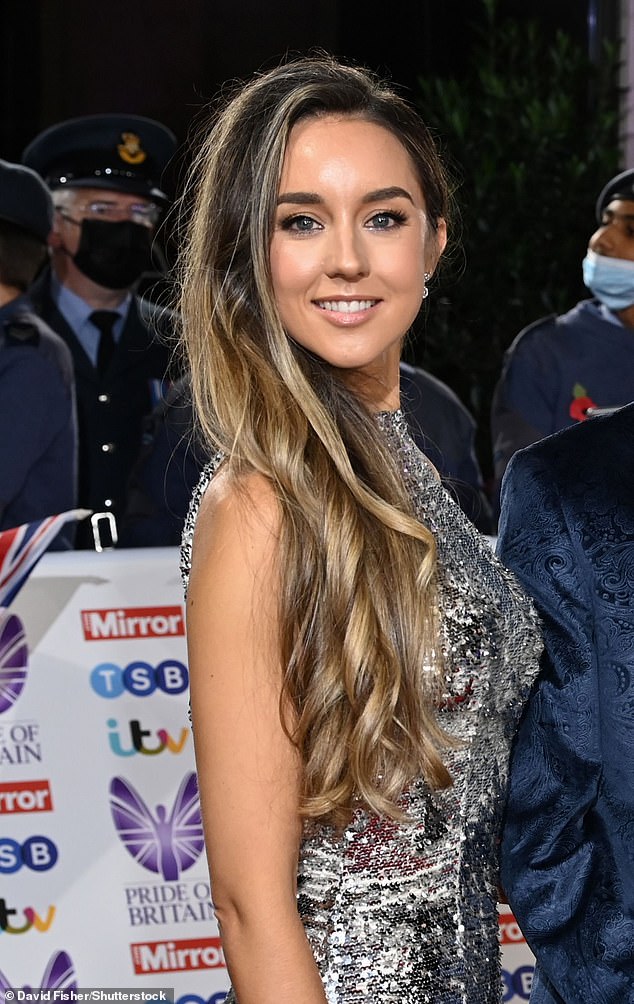 Words: Peter Andre’s wife Emily MacDonagh, 35, has spoken of her struggle with leading a life in the public eye, saying she still resents a comment someone made about her hair years ago (pictured October)

‘I remember probably six or seven years ago, we had gone to something and I had lots of nice comments and I remember one person saying “her hair is so long, she really needs to get a haircut”.

‘I remember thinking “god my whole life people have said how nice my hair is” and then this one person saying I really need a haircut and I did, I probably had six inches off my hair after that.’

Emily went on to explain that, while the comment was made years ago, she considers going for a chop if she has some events to attend. 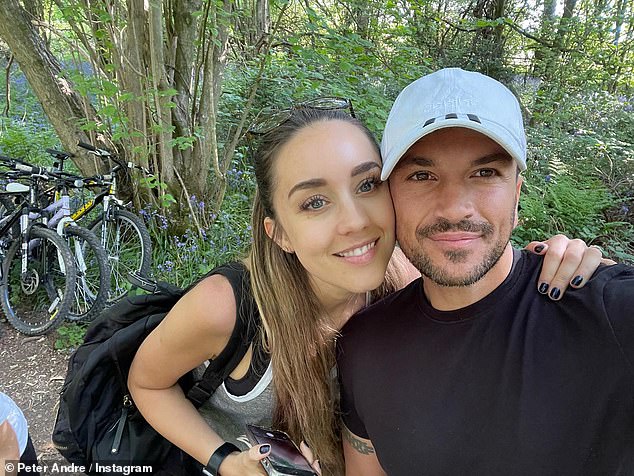 Happy couple: Emily and Peter married in 2015 and they share children Amelia, eight, and Theodore, five, together and Emily insists Pete is totally supportive of her

Emily said she found being thrust into the limelight difficult when she married Mysterious Girl singer Pete and added that she still finds walking red carpets difficult today.

The couple share children Amelia, eight, and Theodore, five, together and Emily insists Pete is totally supportive of her.

Emily’s comments come after her husband Peter took to Instagram to express his annoyance after the size of his manhood was dragged into the Wagatha Christie court case between Rebekah Vardy and Coleen Rooney, when Rebekah compared it to a ‘chipolata’. 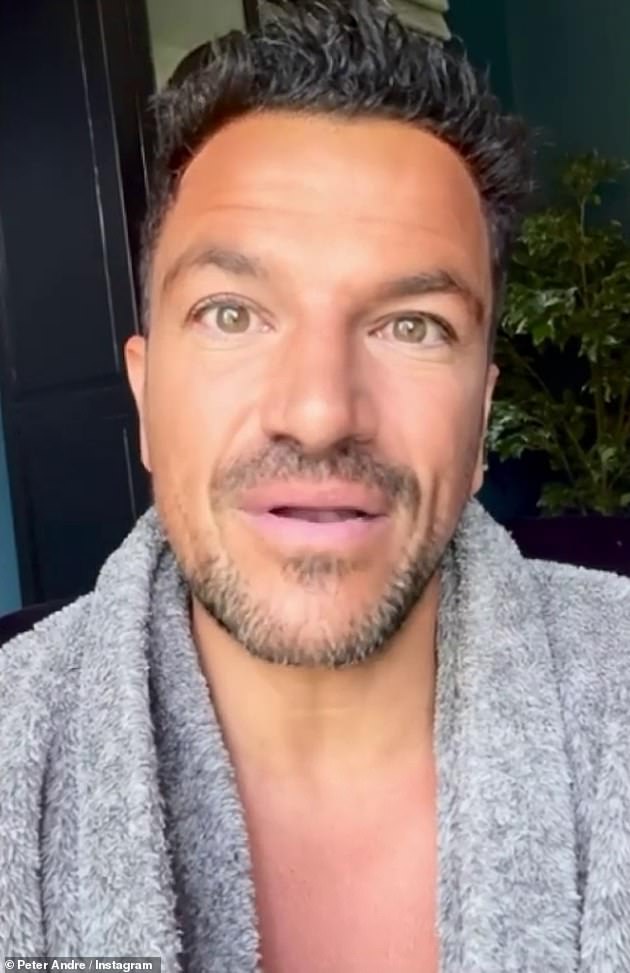 Drama: It comes after Peter expressed his annoyance after the size of his manhood was dragged into the Wagatha Christie court case when Rebekah Vardy compared it to a ‘chipolata’

He said he has managed to see the funny side of the manhood reference after it was referenced on day three of Rebekah and Coleen’s court case.

The TV personality took to Instagram to say that despite his positive stance, there would outrage if a man had made a similar slur about a woman’s anatomy.

‘I’ll be laughing about it for a while, but think about how it would feel if it was the other way around, that’s all I’m saying,’ he said in a video.

He captioned a new video: ‘Here I was this morning sat in my robe feeling like I had to say something. Feel free to come to your own conclusion.

‘Just a couple of things first. Sorry to Emily and the children that have had to see and hear some not very nice things…

‘You all know I like to take the p*** out of myself but maybe I felt a bit vulnerable this morning. Love from an Aussie Brit Greek.’

It comes after Rebekah told London’s High Court that she regretted comparing Peter’s private member to a ‘chipolata’ in a kiss-and-tell newspaper interview.

Rebekah said she had been ‘forced’ to take part in the 2004 News Of The World article by her ex-husband.

She was being cross examined by Mrs Rooney’s lawyer David Sherborne, when he asked her if she respected people’s privacy, to which she replied: ‘Yes, I do.’

He then asked her questions about an interview she gave to the News Of The World about her claimed sexual encounter with singer Peter Andre.

Sherborne showed what appeared to an A3 print out of the article to Rebekah in the witness box before reading the headline: ‘Peter’s hung like a small chipolata, shaved, slobbery, lasts five minutes’. 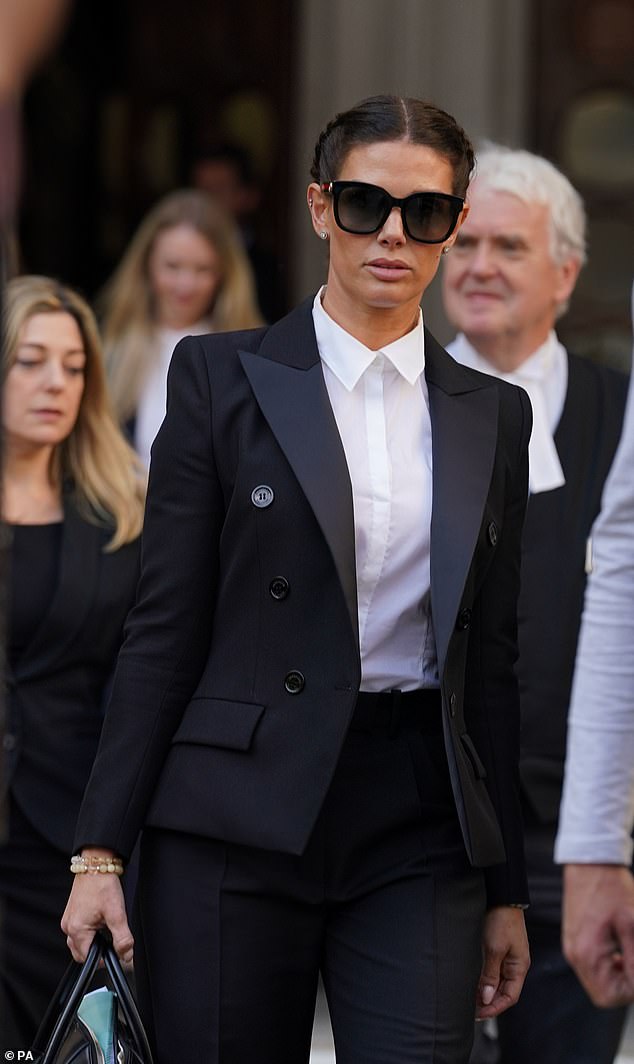