Meghan King became a married woman once again during a surprise wedding over the weekend to Joe Biden’s nephew, Cuffe Owens.

The 37-year-old reality star wore a beautiful white blazer to walk down the aisle at the intimate backyard ceremony in Owens’ hometown of Kennett Square, Pennsylvania.

King was joined by her three children, twin sons, Hart and Hayes, three, and her daughter, Aspen, four, who she shares with her ex-husband, former MLB star Jim Edmonds.

The former couple finalized their divorce in May following years of back and forth bitterness due to his infidelities, which included when he allegedly sent photos of his penis to a woman the day Meghan gave birth to their twins. 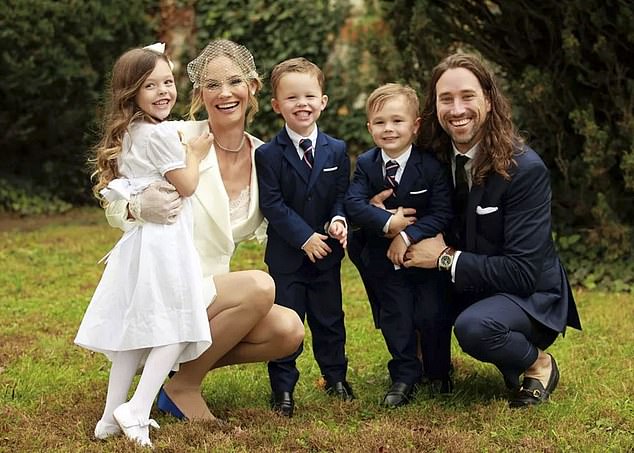 I do: Meghan King became a married woman once again during a surprise wedding over the weekend to Joe Biden’s nephew, Cuffe Owens

‘We told the kids they could walk down the aisle with me if they wanted to and Aspen said she wanted “to throw flowers at me” so it was decided she would be the flower girl,’ she told Brides magazine.

‘Aspen wore a sweet cotton flower girl dress from Feltman Brothers that matched the dresses worn by our young nieces as well.’

She added: ‘I bought the boys’ suits and shoes from Amazon. Do you know how hard it is to find belts for little boys?! So, they went belt-free. Cuffe found their ties at Brooks Brothers.’

Meghan and Cuffe reportedly met weeks ago on a dating app and only made their public debut on her Instagram on Sept. 25 with the caption: ‘Trying my best to avoid any cheesy introductions like “my main squeeze”… so just meet my man.’ 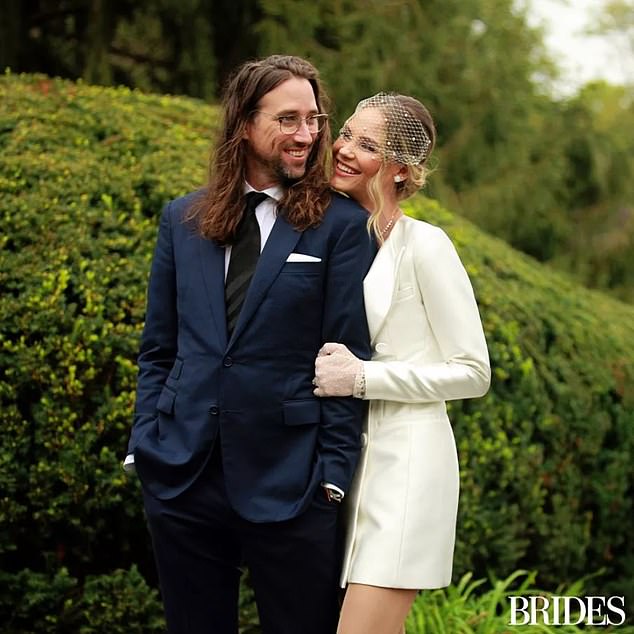 Husband and wife: The 37-year-old reality star wore a beautiful white blazer to walk down the aisle at the intimate backyard ceremony in Owens’ hometown of Kennett Square, Pennsylvania

Meghan’s new relationship comes months after she finalized her divorce from Jim, following years of he-said, she-said after the end of their five-year union.

The former couple married in 2014 and then joined the cast of Real Housewives of Orange County where her solo struggle with invitro fertilization was documented for Bravo cameras while he traveled the country for baseball obligations.

‘Regrettably, I had a lapse in judgment. I engaged in an inappropriate conversation with this person,’ Edmonds later told Us Weekly. ‘At no time was there any type of relationship or physical contact. Absolutely none. This is someone trying to profit from my name. I am aware she has done this to others in the past.’