Piers Morgan has hit back at Adil Ray following a swipe on Good Morning Britain, calling out the presenter for ‘destroying’ the ratings of the ITV programme.

On Wednesday’s edition of the show, Adil took the opportunity to make a jibe about Piers during a discussion about MP Stella Creasy, who received an email saying not to bring her baby into the chamber at Parliament.

Turning to his co-host Susanna Reid, he said: ‘You’ve presented with some babies over the years, haven’t you? Stormed out and had a bit of a tantrum?,’ prompting her to burst out laughing.

After learning about Adil’s wisecrack, Piers immediately clapped back, calling out the GMB presenter for ‘destroying’ ratings on the series since his departure.

‘Hmmm. Given how Mr Ray has helped destroy GMB’s ratings since I left, if I were him I’d probably avoid mocking the guy who took them to record heights…’ he tweeted.

Piers quit GMB in March this year after tens of thousands of people complained to Ofcom about remarks he made concerning Meghan Markle’s bombshell interview with Oprah Winfrey.

Hmmm. Given how Mr Ray has helped destroy GMBâs ratings since I left, if I were him Iâd probably avoid mocking the guy who took them to record heightsâ¦. https://t.co/iTmZ7g1fR5

Prior to his exit, he stormed off the studio during a heated discussion about the Duchess of Sussex with weatherman Alex Beresford.

While there were rumours that he might join GB News, which has struggled to keep up with its rivals since its launch in June, it has since emerged that Piers is launching a new show on talkTV. 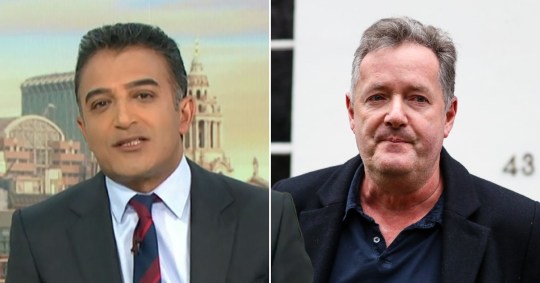 Adil Ray and Piers Morgan have exchanged swipes at each other (Picture: Rex/Getty)

He said in a statement that he is ‘thrilled to be returning to News Corp’ where his media career began.

‘Rupert Murdoch has been a constant and fearless champion of free speech and we are going to be building something new and very exciting together,’ he said. 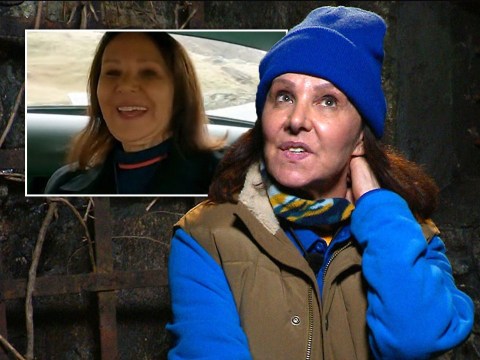 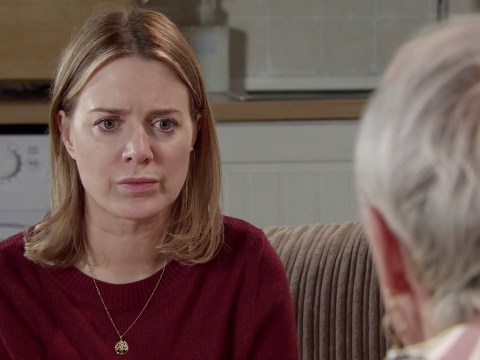 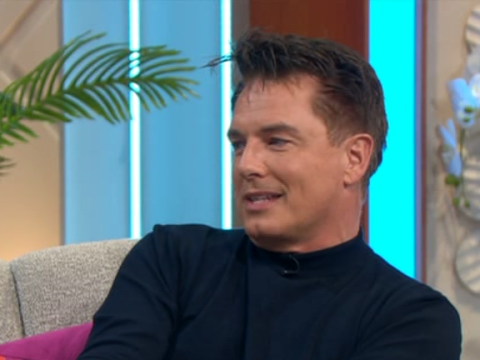 On today’s GMB, Adil was criticised by viewers during an interview with filmmaker Reggie Yates, when he claimed that people associate films about Black kids with ‘gangs and drugs’.

‘You’re breaking down stereotypes, haven’t you? We think of a movie about Black kids and it’s sort of gangs, and it’s gangsters and it’s drugs and all of that, but there’s none of that, really, it’s just a coming of age story, isn’t it?’ he said.

MORE : GMB’s Adil Ray criticised after saying people expect films with Black kids to be about ‘gangs and drugs’