Jonny May scored a brilliant individual try as England claimed an emphatic Autumn Nations Cup victory against the Irish at Twickenham on Saturday.

The hosts dominated the first half as May claimed two tries, the second of which covered most of the pitch and was one of his finest.

Sportsmail runs the rule over both team’s performances… 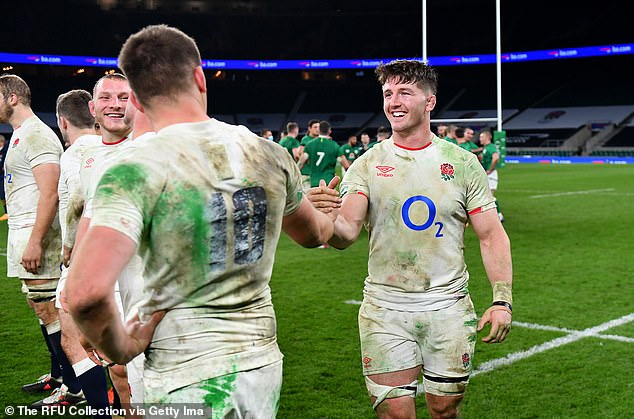 Read Ireland’s early kicking game well as the visitors but pretty quiet after that start and not as prominent in attack as he usually is. 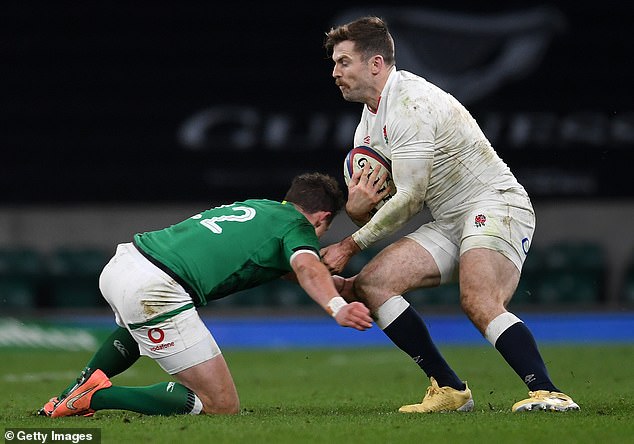 Came off his wing looking for work. A class 13 but England have got a lot them so he is stuck out wide.

Much more involved than he was against Georgia last week and put in some hard carries. Not Manu Tuilagi but early days for the centre. 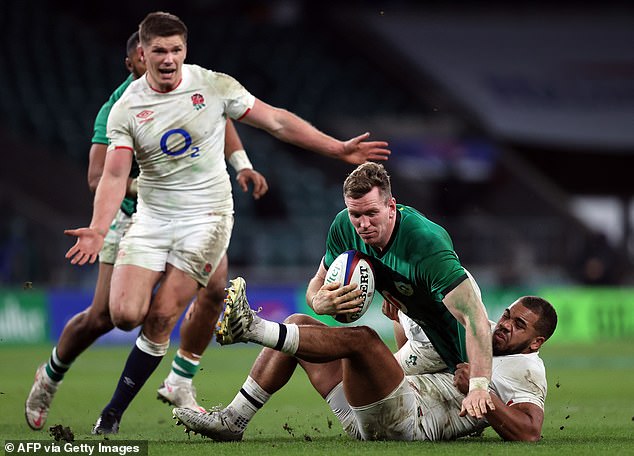 Still looks a better 13 than a 12 but put in a solid display in midfield and cemented in the side now wherever he is picked.

His second score was one of the greatest tries ever seen at Twickenham and the wing is genuinely world class now. Finishes for fun. 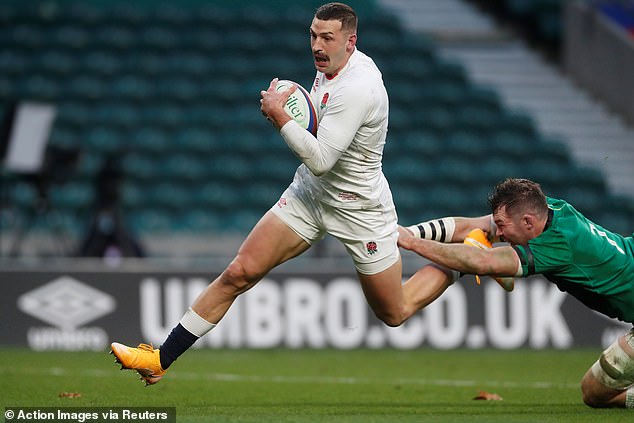 Jonny May scored two tries in the victory, his second was one of the best seen at Twickenham

The skipper ran the game much better than last week – solid with the boot but sometimes overdoes the kicking in attack.

More good box kicking from the veteran and has put the doubts to bed over the last couple of weeks. Looked sharp again.

Got the better of Andrew Porter at scrum-time after all the chat about the Irishmen’s technique in the build-up to the match. 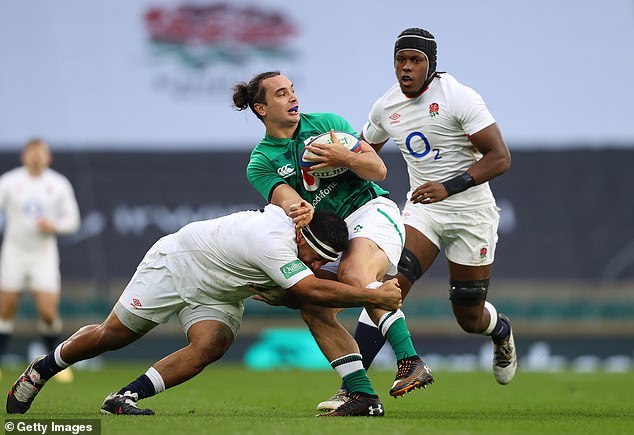 Mako Vunipola (left) tackles Ireland’s James Lowe, he made 12 tackles in the first half alone

No hat-trick this week but scrummed well and threw in well at line out and that is what hookers are supposed to do. Solid game.

Another who fronted up well in the scrum and got around the park well enough. Developing into fine all round prop.

Got the upper hand in his battle with James Ryan and ruled the line out again. A nuisance to the Irish all afternoon and king of turnovers. 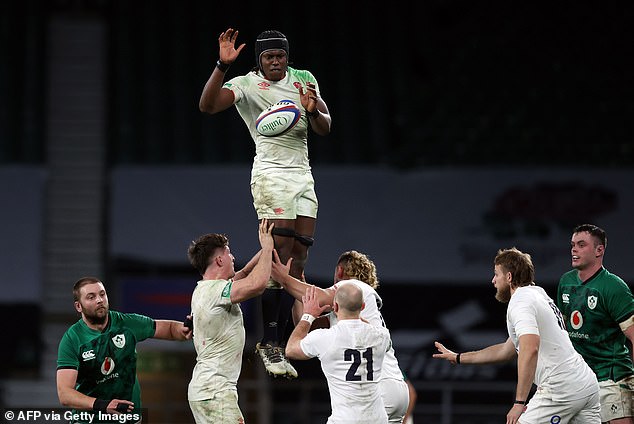 50th start for the lock who barely has a bad game. Line out work was good with some crunching hits thrown in.

Reunited with Sam Underhill and the pair still look the best flanking combination. Energetic and forceful in defence. 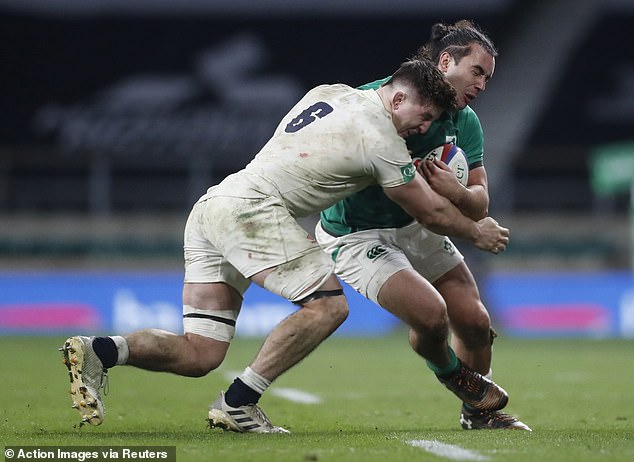 Back after missing out last weekend and put in some trade mark bit hits again. Got around the pitch and another solid display.

Made one crucial turnover in the first half to deny Ireland a score. Still not at the top of his game though and could be under pressure. 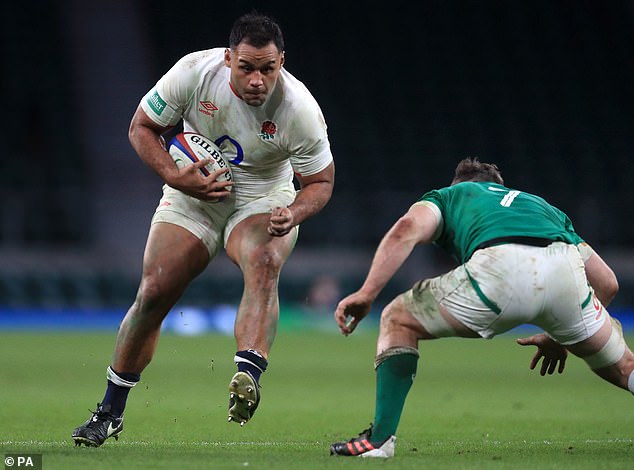