The recent dispute between Bryony Frost and Robbie Dunne has brought the jockeys’ changing room into the spotlight and last week Racemail columnist and former jockey Lizzie Kelly said facilities for female riders were ‘not fit for purpose’.

In a plan thrashed out by the British Horseracing Authority, the Racecourse Association and the PJA, Britain’s 59 tracks must adhere to key safeguarding measures by February 1, including private changing and shower facilities for jockeys, particularly for under 18s, but also for any jockey who wishes to use them. 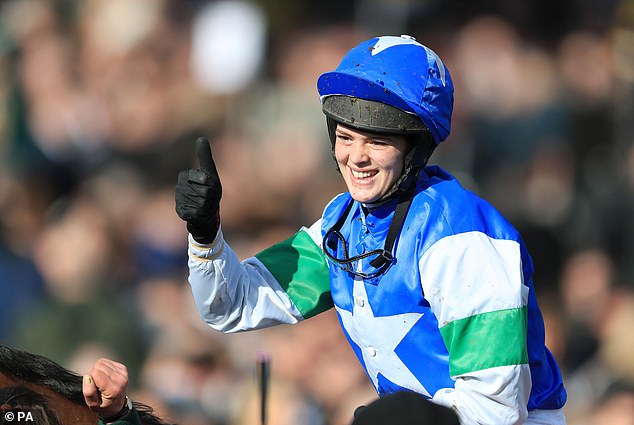 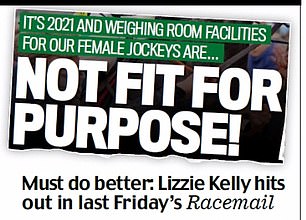 Saunas, which have been out of operation since Covid-19 safety measures were introduced in June 2020, will be permanently removed. Other changes to be introduced by October 2024 include shared communal rest, food and warm-up areas for jockeys and new communal space for valets, equally accessible from female and male changing rooms.

PJA executive director Dale Gibson said: ‘We have been lobbying for major improvements to facilities, particularly for our female riders, for years.

‘Progress until now has been disappointing but we welcome the change in approach.

‘The improvements will bring all venues up to a minimum standard and the result will be improved facilities and a more professional working environment.’