The eyes of the world will be on teen sensations Emma Raducanu and Leylah Fernandez when they go toe-to-toe in the US Open final on Saturday.

The young superstars have the world at their feet and if they’re looking for some pearls of wisdom before the big day, they could do far worse than giving Serena Williams or Martina Hingis a call.

The last time two teenagers competed in the women’s US Open final was back in 1999 when Hingis and Williams were at the start of their promising careers. 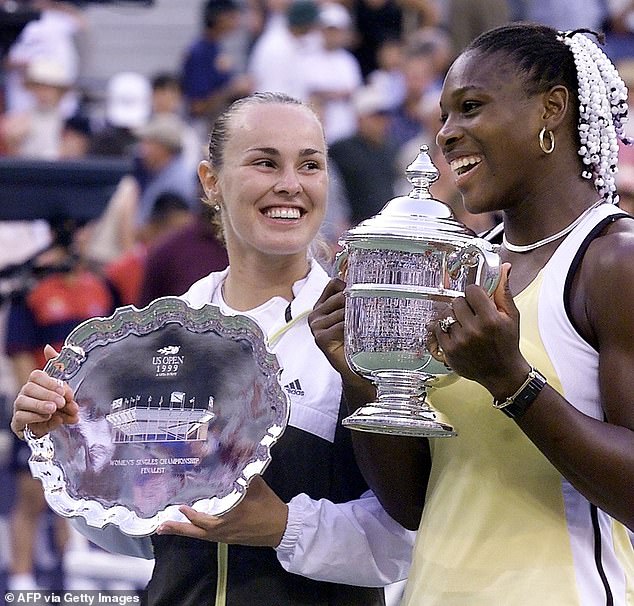 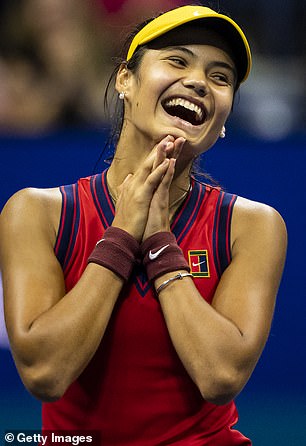 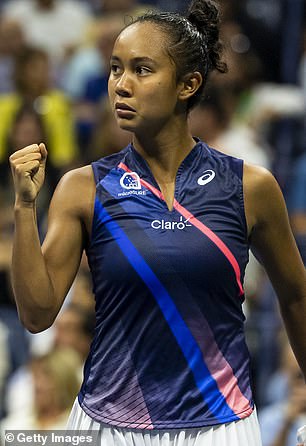 Hingis was 18 and already had a singles Grand Slam title in the bag having won the Australian Open aged 16.

Williams was in her second year as a pro but was clearly destined for greatness and was seeking revenge after her sister, Venus, had been knocked out by Hingis in the semi-finals.

It proved to be a historic and emotional day with Williams becoming the first black woman to win a Grand Slam since Althea Gibson in 1958.

She downed Hingis 6-3, 7-6 (7-4) with a blistering show of attacking tennis, not dissimilar to the clean ball striking Raducanu has showcased so far, although the Williams serve was more of a thunderous weapon.

There were intense baseline rallies from the young guns but it was Williams with ice in her veins in the big moments, cashing in on the £540,000 prize money. 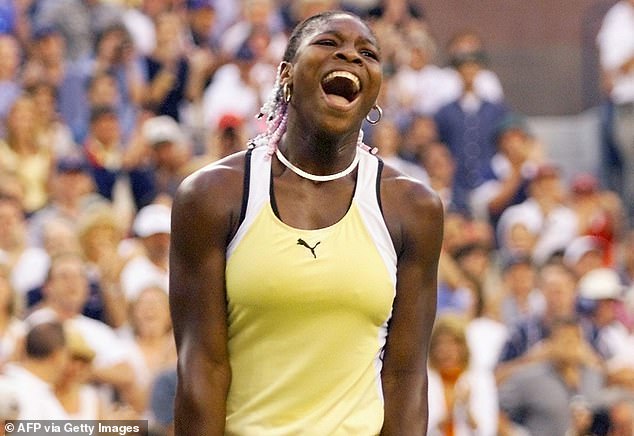 And Williams could hardly contain her excitement after securing the straight sets win.

‘It’s just too exciting to compute right now,’ she gushed.

‘It’s really amazing for me to even have an opportunity to be compared to a player as great as Althea Gibson.

‘One of her best friends told me she wanted to see another African American win a slam before her time is up. I’m so excited I had a chance to accomplish that while she’s still alive.’

Then moments after her triumph, there was a special call of congratulations from Bill Clinton, who was in New Zealand at the time.

She added: ‘I thought for sure my day couldn’t get any better. The next thing they told me is the president of the United States wanted to talk. I was, like, “wow”.

There had been moments of tension, particularly in the second set tie break but a key point came when Williams stepped inside the baseline to wallop a Hingis serve back down the line for a 5-4 lead. 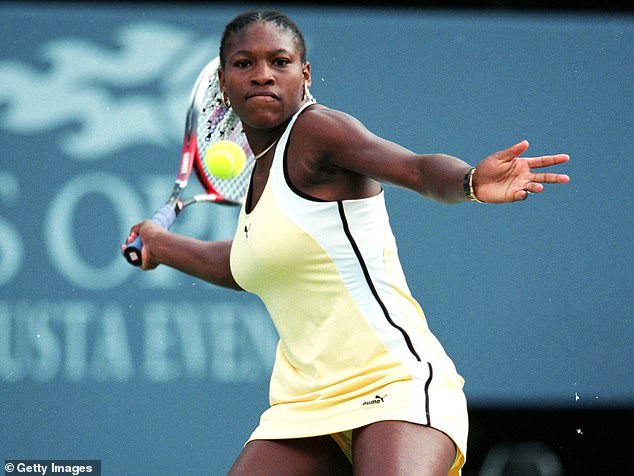 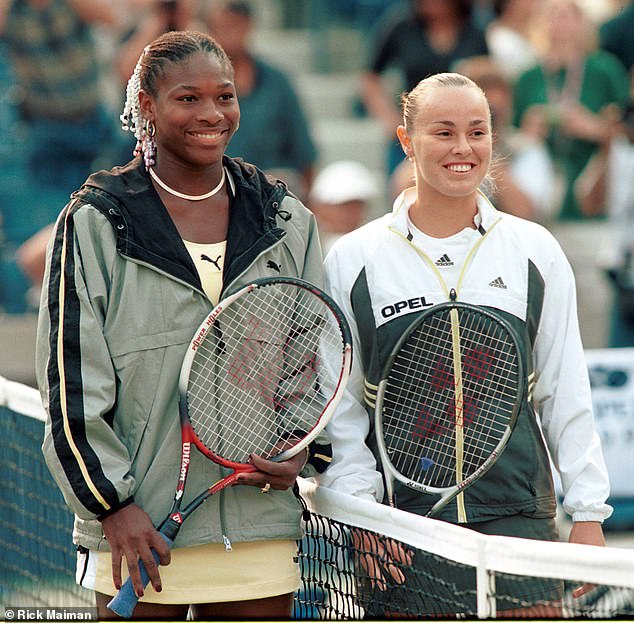 A Hingis lob fell astray before she again fired long, giving Williams her first Grand Slam. The 17-year-old was shell-shocked, covered her face with her hands and sunk to the ground.

To make Williams’ victory all the more astonishing, she came through having made 57 unforced errors, which was 33 more than Hingis.

When told the stat, she replied: ‘Wow! Imagine if I stop making those errors. That’s, like, inconceivable.’

There was also a word on Venus, who Hingis had fought past in the previous match but that only fuelled Serena’s fire.

‘Venus was so bummed,’ she said. ‘She felt so bad because her legs had totally given out. She was really down, and that encouraged me to be even tougher out there.’

It was clear to see that a rivalry was developing and was only enhanced when Williams’ father and coach, Richard, made a passing dig at Hingis, saying she looked ‘scared’. 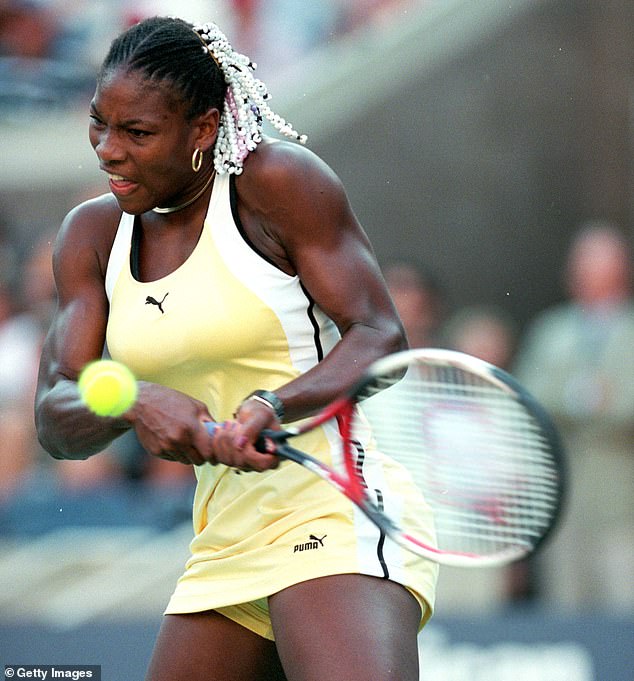 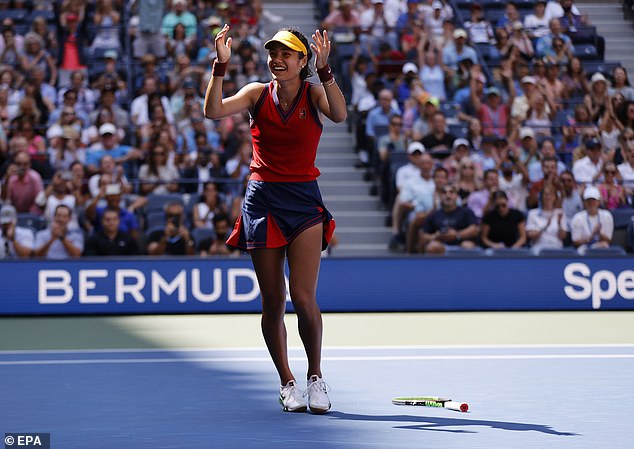 Hingis’ pointed response was: ‘I wasn’t the only person at the end who was scared.

‘She had two match points that she wasn’t able to close out. I think she was a bit more scared than I was actually at the end because I’ve been there, done it.’

The performance was a clear sign of what was to come. In total, she struck eight aces on the day, taking her total to 60 for the tournament, that was 40 more than anyone else.

Williams, of course, went on to become one of the all-time greats of the game and Hingis finished her career with five singles Grand Slams to her name.

Raducanu and Fernandez will make the same walk to Arthur Ashe Stadium on Saturday and sporting immortality awaits one of the teenage stars.

If either woman manages to follow in the footsteps of Williams or Hingis the road ahead will be paved with gleaming silverware. 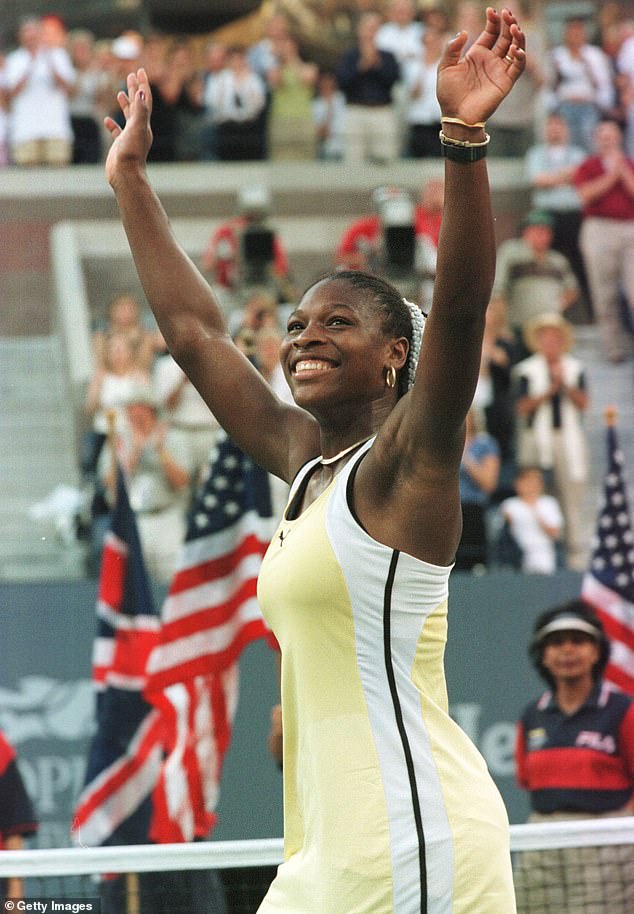