Raheem Sterling acknowledged that Manchester City benefited from the return of Sergio Aguero as they ground out a 1-0 win against Arsenal to get their season back on track.

Sterling has had to play as a false nine this season with Aguero and Gabriel Jesus missing but the Argentine’s first action since injuring his knee in June gave City a better shape and allowed Sterling to play deeper where he filled in for Kevin De Bruyne, who had a muscular problem.

‘To have an out-and-out striker to link up with was really good again,’ said Sterling, who missed England’s last group of internationals to rest a hamstring complaint. 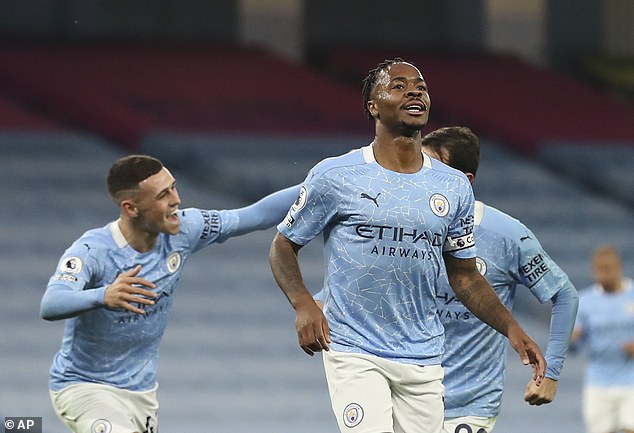 ‘At times in the first half, me and Sergio got in the pockets well. It was an important result for us. We have dropped -points early on and needed a win to kickstart our season.’

Sterling managed to break forward to score the only goal after 23 minutes and smiled: ‘I like to be in the box for the goal.’

The win was a relief for Pep Guardiola who had seen his side beaten 5-2 by Leicester in their last home game and couldn’t pick Aymeric Laporte and Benjamin Mendy due to injury besides De Bruyne and Jesus. 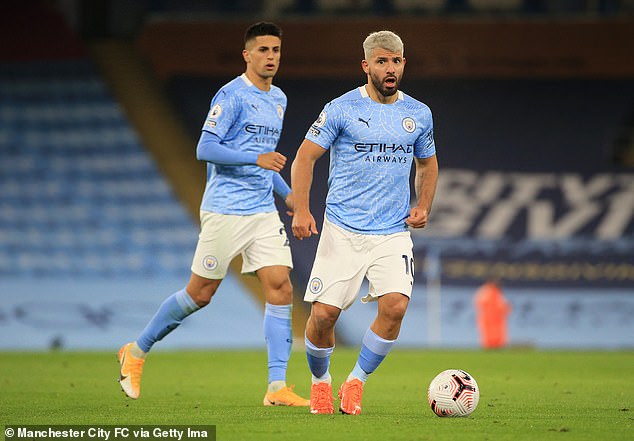 ‘The desire to win was impressive against a team like Arsenal that have everything to be a contender to win the Premier League,’ he said.

‘We are incredibly happy Sergio is back. He was away from his usual condition but he got 65 minutes and on Wednesday we have another game (v Porto in the Champions League).

‘We are not still ready for 90 minutes. We are three weeks behind teams like Liverpool and Arsenal in preparation but the spirit is good.

‘Ederson is an incredible goalkeeper for us. The save from (Bukayo) Saka was incredible.’ 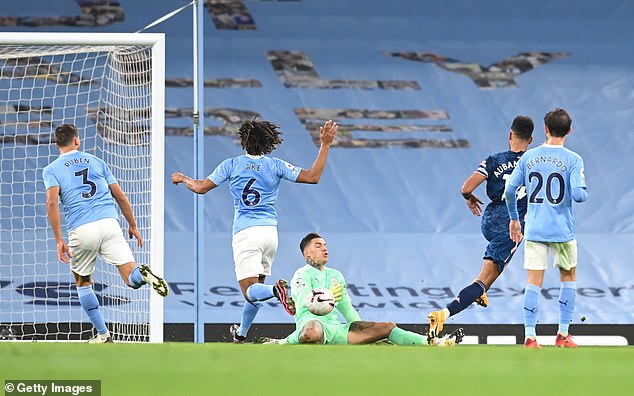 Pep Guardiola praised Ederson, who made a couple of key saves to help City get the win

Arsenal boss Mikel Arteta, who gave a debut to £45million signing Thomas Partey as a late substitute, was aggrieved VAR didn’t look at a high boot from Kyle Walker as he cleared a corner.

‘I asked for the ref to watch it back. I don’t think they checked it and I am disappointed with that,’ he said.

‘I’m upset not to get anything from the game. I felt we grew through the game and believed we could get something.’

Defender Rob Holding pulled out of the starting line-up in the warm-up with David Luiz promoted from substitute to take his place.