Real Housewives Of Miami is reportedly set to make a return to screens, eight years after the show was axed from Bravo.

Sources claim the broadcaster is ‘revisiting’ the series – which ran for just three seasons from 2011 until 2013 – with bosses said to be in ‘preliminary conversations for a potential return’.

According to Page Six, Phil Collins’ ex-wife Orianne Cevey could be on the cards to lead the line-up amid her legal battle over the singer’s $40million mansion, as well as Mexican singer Paulina Rubio and a selection of former castmates. 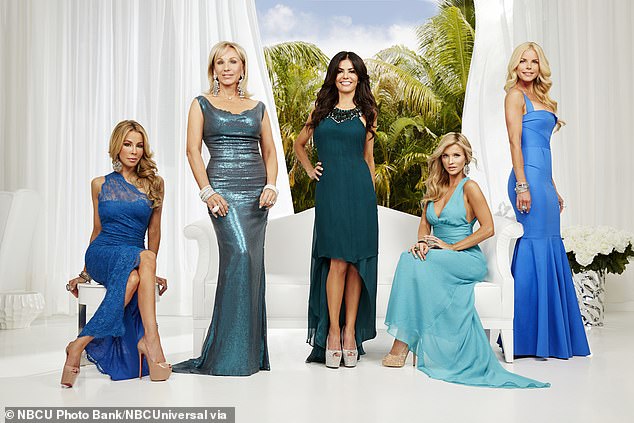 In November, Andy Cohen revealed he has worked towards reprising the Florida edition on NBC streaming service Peacock.

The TV executive, 52, said on the Everything Iconic podcast: ‘I have really been trying to get Peacock to pick up Miami. 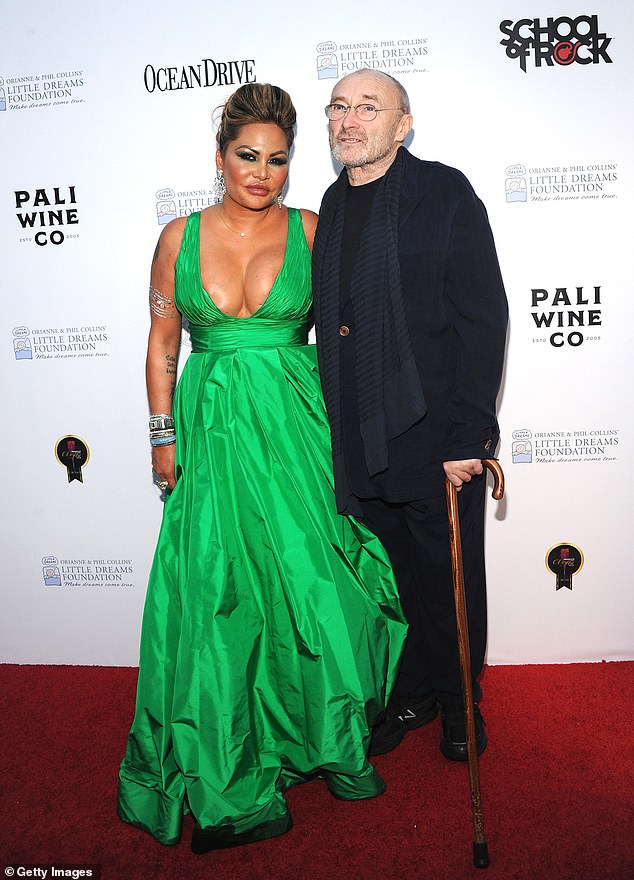 Dramaville: Phil Collins’ ex-wife Orianne Cevey could be on the cards to lead the line-up amid her legal battle over the singer’s $40million mansion (pictured in 2018) 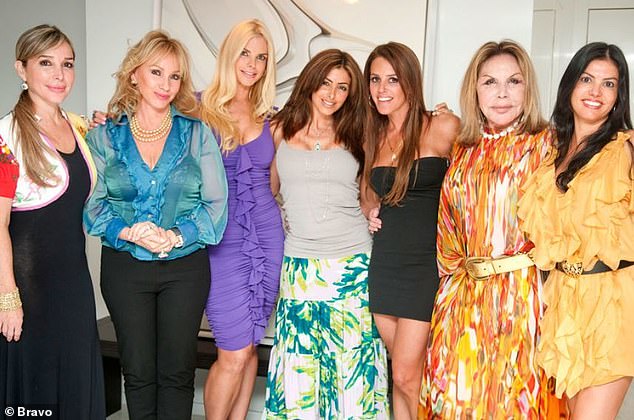 ‘I don’t know if I’m allowed to say this. I don’t know where we are with that. I have to say the fans of Miami are still very vocal, and so I’ve been an advocate for Peacock bringing back Miami.

‘I think Miami as it was on Bravo really suffered from Mama Elsa [Patton, who passed away aged 84 in 2019] not being around in season 3.

‘She was very sick. I think she was a more important part of that show than people realized.

‘The problem with the third season was that the ratings were declining as it went on and they went down for the reunion, which is usually the opposite of what happens. I think that went into the decision to not pick it up.’ 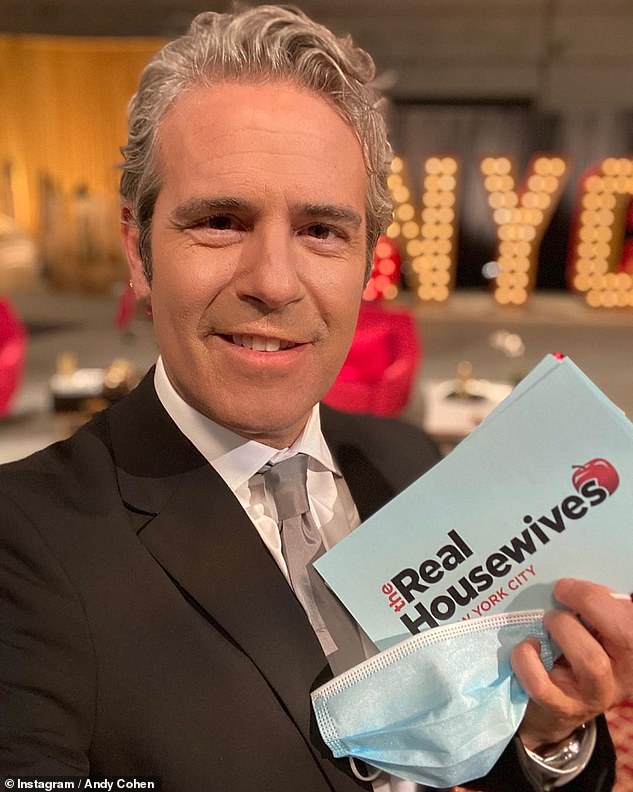 Man with the plan: In November, Bravo executive and RH host Andy Cohen revealed he has worked towards reprising the Florida edition on NBC streaming service Peacock

MailOnline has contacted representatives for Orianne, Paulina and Bravo for further comment.

Swiss jewellery designer Orianne, 46, hit headlines last year due to a dispute with musician Phil, 69, over their home in Miami.

The songwriter tried to have his former spouse kicked out in October 2020 after finding out she secretly remarried and moved her new husband Thomas Bates, 31, into the mansion.

The mother-of-three hit back, however, refusing to leave and claiming she was entitled to half its value under a ‘verbal cohabitation agreement’.

Her counterclaim for $20million is yet to be go to trial but in the meantime the two sides agreed a deal where she could stay until late January, giving her time to find a new residence for their youngest sons, Matthew, 15, and Nicholas, 18.

The exes tied the knot in 1999 before splitting up just seven years later, with the artist paying $47million to Orianne in their settlement.

The businesswoman, who also shares daughter Andrea with ex-husband Charles Mejjati, is packing her bags and getting ready to leave the rocker’s abode ‘in weeks’ after snapping up a plush, new waterfront home.

DailyMail.com can exclusively reveal that Orianne and Thomas purchased the sprawling $5.5million six-bed property in Fort Lauderdale before Christmas. 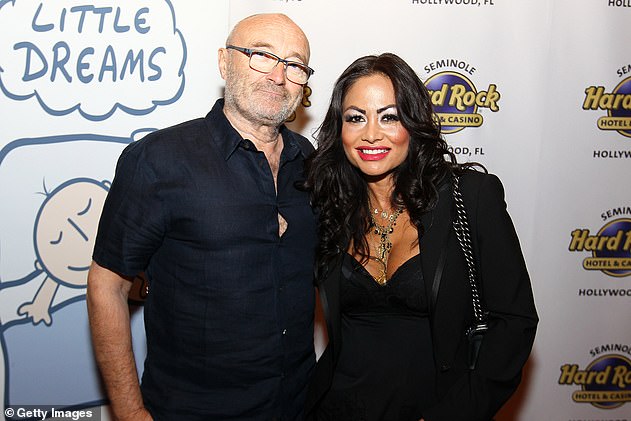 Bitter split: Swiss jewellery designer Orianne, 46, hit headlines last year due to a dispute with musician Phil, 69, over their home in Miami (pictured in 2016)

The lavish pad – boasting a pool, spa, home theatre and a dock big enough for a 90ft yacht – was purchased through an LLC named O & T Holdings but state records reveal it was set up by Orianne and Bates.

The entrepreneur has until January 21 under a court-agreed deadline to vacate Phil’s bayfront residence which has been the subject of a bitter months-long eviction battle.

A source close to Orianne confirmed to DailyMail.com she would be moving out within the ‘next couple of weeks’.

Their legal battle has otherwise been bitterly contested with Orianne and her attorneys angering a Miami judge by including a slew of humiliating personal remarks about the drummer’s hygiene and sexual performance in her filings, which she was ordered to remove.

His attorneys hit back by ridiculing her claims to have a crippling spinal condition that requires hours of daily therapy, questioning how she could post photos of herself doing a boxing fitness class and riding a jet ski while insisting that she couldn’t sit still long enough for a deposition.

They surprised the world in 2016 when they announced they were back together and living in the Miami home, which Collins purchased through an LLC.

However the relationship ended, seemingly for good, when the Genesis star discovered his former Swiss translator had ‘secretly’ married Bates in Las Vegas last August.

According to court filings, the Against All Odds hitmaker left in a hurry for Switzerland and gave the couple until last October to pack their bags and move so he could put the plush property up for sale. 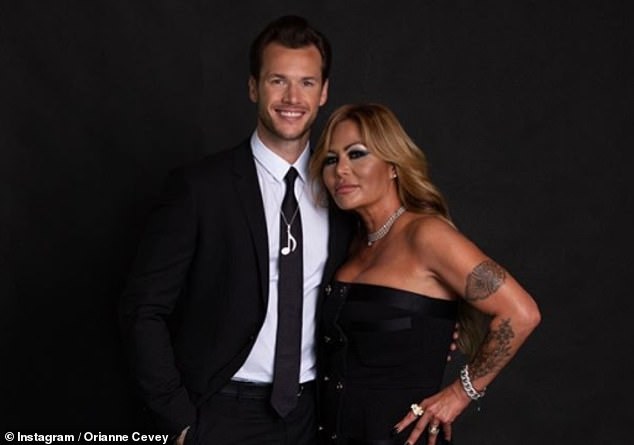 Awkward! The songwriter tried to have his ex kicked out in October 2020 after finding out she secretly remarried and moved her new husband Thomas Bates (pictured), 31, into the mansion 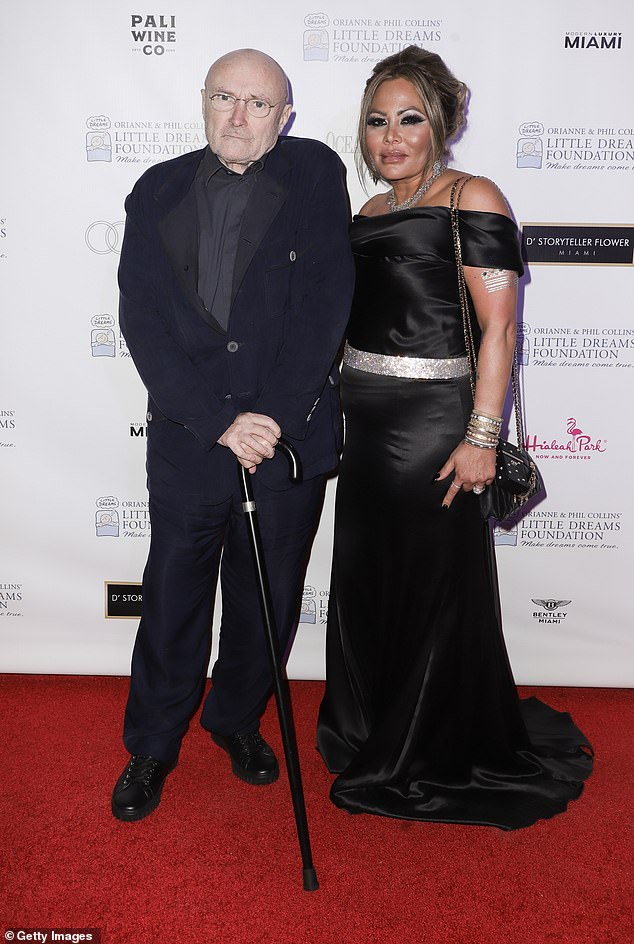 When they failed to leave, Phil sued Orianne for unlawful detainer and forcible entry, accusing the pair of hiring armed guards, covering over security cameras and changing alarm codes to seize the house ‘by a show of force.’

The newlyweds hit back with their own filing, dismissing the allegations as ‘nothing more than a retaliation’ to the new marriage and a ‘shameful story’ that the award-winning producer had ‘fabricated’.

Orianne argues that she surrendered a $20million stake in her previous Miami home by getting a ‘quickie divorce’ from her previous husband, Charles.

She picked out and jointly furnished the waterfront mansion, paid her share of the bills for five years and had an ‘oral cohabitation agreement’ with Phil that entitled her and their two sons to be there, according to her filing. 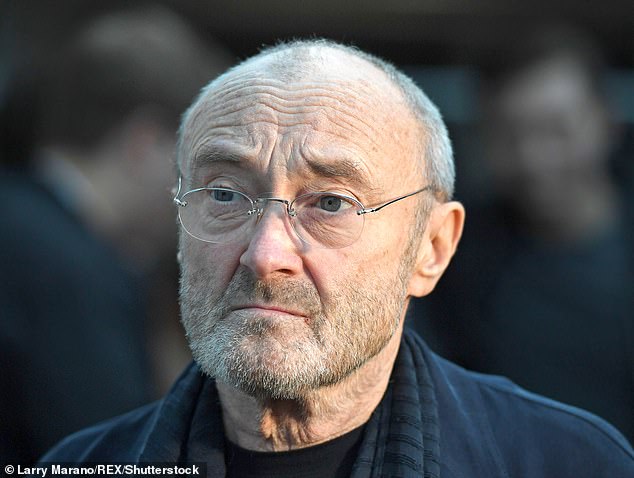 Agreement: The businesswoman is packing her bags and getting ready to leave the rocker’s abode ‘in weeks’ after snapping up a plush, new waterfront home (Phil pictured in 2018)

Orianne also claims to have informed the father of her children about her marriage to Charles after making multiple attempts to talk about their ‘deteriorating relationship’ which she maintains he was unwilling to address.

She dmits covering over security cameras but alleges that this was because Phil had 20 secret devices installed around the $12,000 sq ft residence to spy on her, including in her bathroom and changing room.

In further filings – now struck from the record – she portrayed Phil as a washed-up has-been who relied on booze and painkillers.

The In the Air Tonight singer was ‘usually drunk by mid-morning’, her attorneys alleged, to the point that he would fall over and injure himself before checking into the hospital under an alias.

‘By 2019 Philip had lost his talents. He became increasingly depressed, withdrawn and abusive and, following an operation on his back, increasingly addicted to antidepressants and painkillers,’ her filing stated.

‘By 2019, he was incapable of having sex. He stopped showering, brushing his teeth and dressing properly (in fact he did not shower or brush his teeth from 2019 until August 2020 when he vacated the property).’

The filing provoked an immediate rebuttal from the Collins camp, who described it as ‘a litany of demonstrably false, immaterial, impertinent, scandalous and scurrilous allegations which have nothing to do with the legal claims in this case.’

Judge Spencer Eig agreed, striking the humiliating allegations from the record and warning Orianne that her $20m counterclaim would be thrown out if she repeated them. 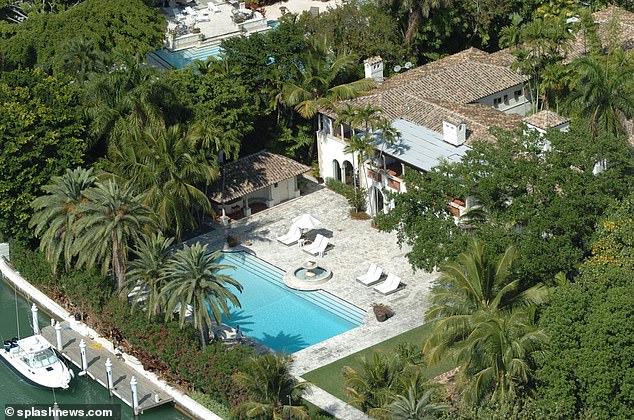 Time is ticking: The entrepreneur has until January 21 to vacate Phil’s bayfront residence (pictured) which has been the subject of a bitter months-long eviction battle