After a 560-day absence Real Madrid returned to the Santiago Bernabeu and had a party at Celta Vigo’s expense. Karim Benzema led the way with a hat-trick.

Vinicius scored their third goal and celebrated with some crowd surfing. And new boy Eduardo Camavinga scored on his debut after a driving run and shot by Luka Modric.

Celta played their part taking a first-half two-goal lead but Carlo Ancelotti’s team were too much for them. 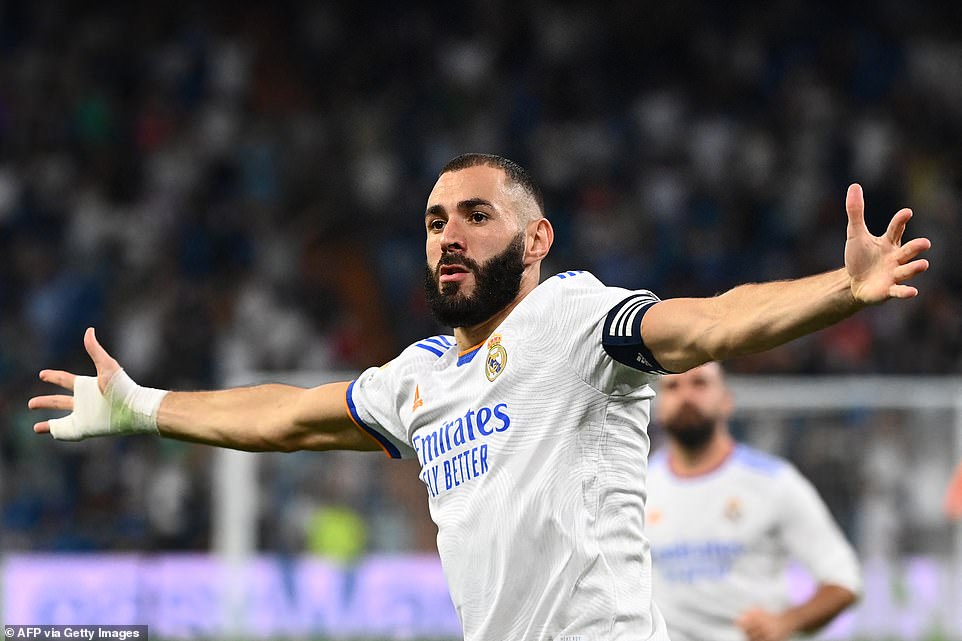 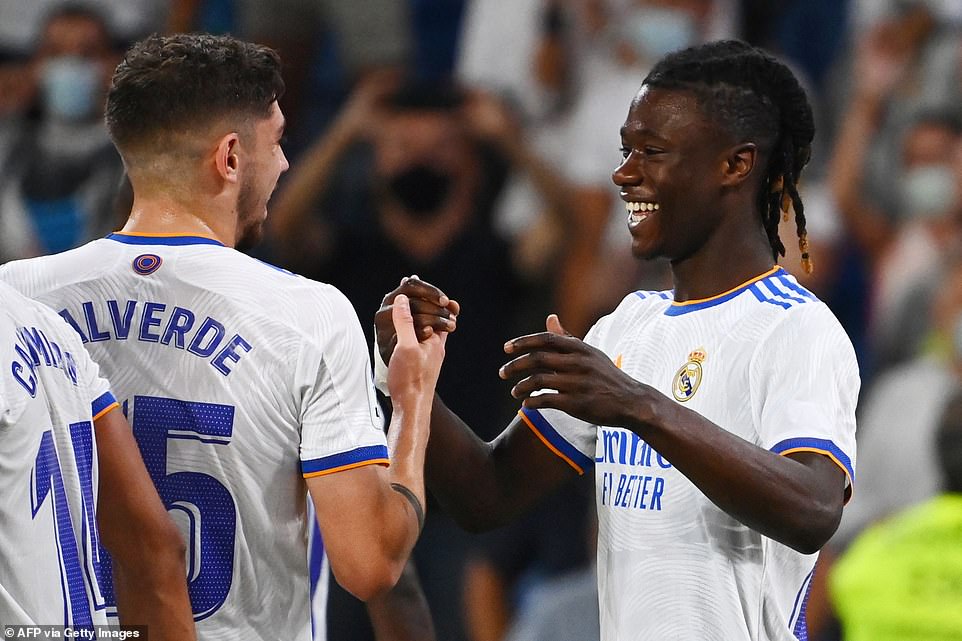 18-year-old midfielder Eduardo Camavinga, who joined Real from Rennes, scored six minutes after coming on for his debut 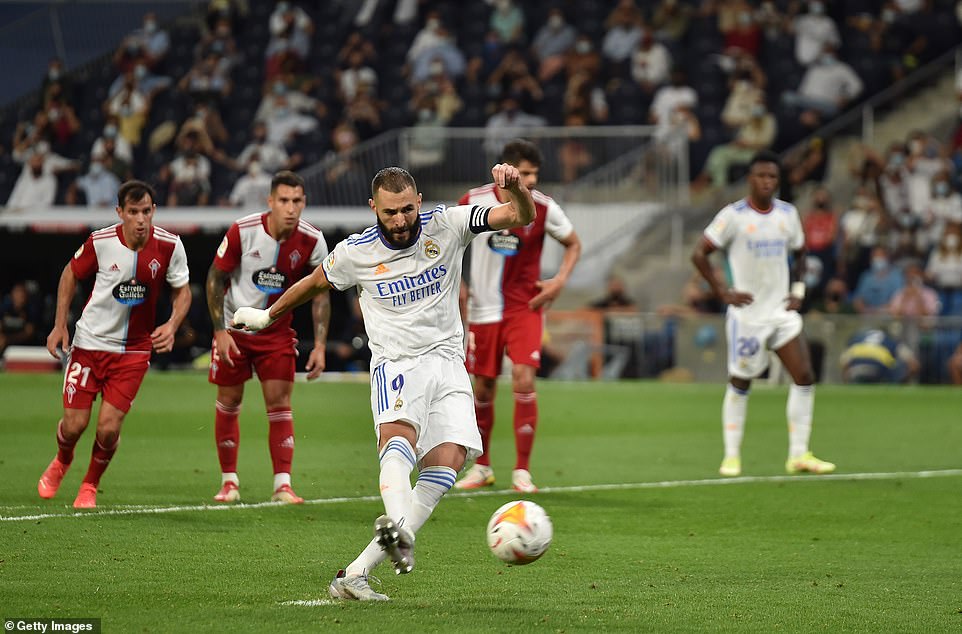 Benzema scored Real Madrid’s fifth goal from the penalty spot late on, with the striker completing his hat-trick

The night started with a sombre tribute to all those linked to the club, including former president Lorenzo Sainz, who had lost their lives to Covid. When the football started Madrid’s football was fitting tribute to the hugely respected former president.

The Celta Vigo president had snubbed the chance to be in the stadium. Carlos Mouriño opted not to take his place next to Florentino Perez because he believes Real Madrid have swiped 12-year-old starlet Bryan Bugarin from his club.

Mouriño missed his team taking the lead after just four minutes with Santi Mina scoring after Miguel Gutierrez had given the ball away and indecision from Nacho and rashness from Casemiro meant the forward had the time and space to shoot past Thibaut Courtois. 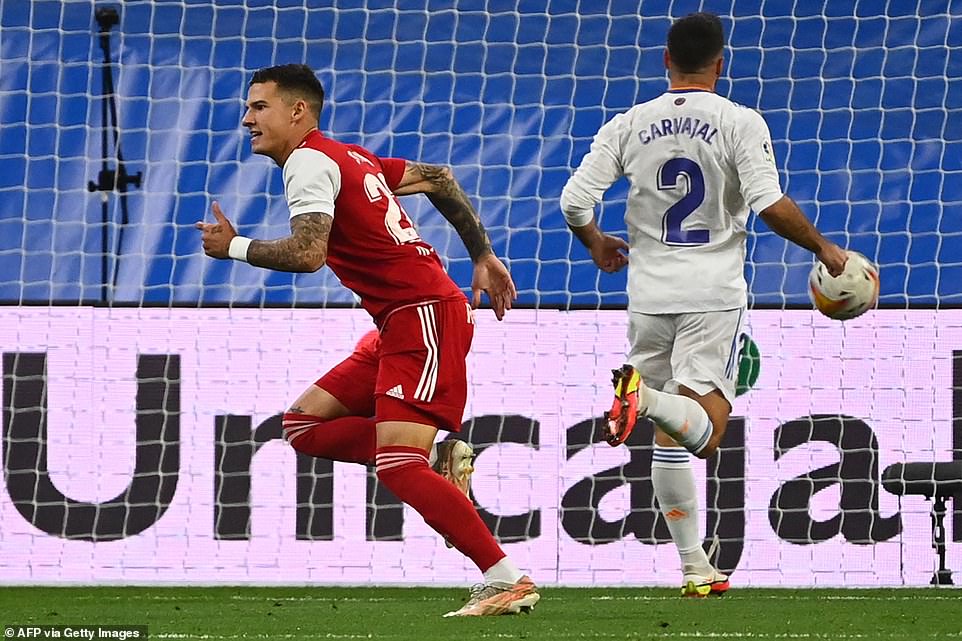 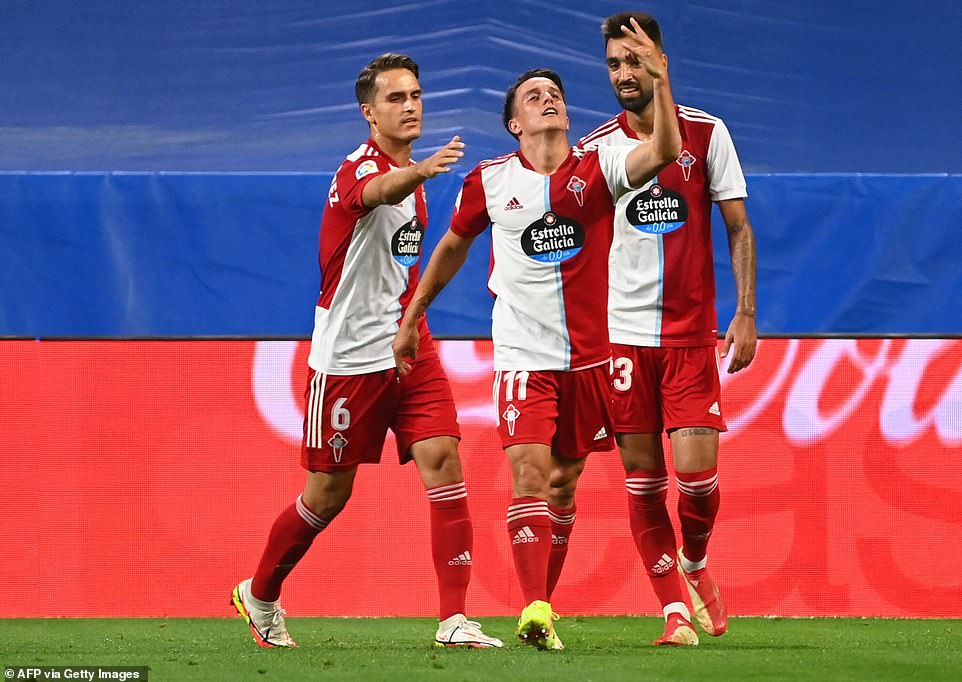 Franco Cervi (centre) celebrates his goal, which restored Celta Vigo’s lead only for Benzema to score another equaliser

Madrid levelled and who else but Benzema to get the first Madrid goal back in the told stadium. He fired past Matias Dituro from Fede Valverde’s cross. But although it was no more than Madrid’s first half football deserved they were behind again before the break when Nacho erred again and Cervi buried the chance to send Celta in ahead at the break.

Madrid were level 40 seconds into the second half. Miguel Gutierrez floated a cross from the right and Benzmea headed it past Dituro. The cross was accurate but lacked pace and yet the French forward put the power into it to draw Madrid level.

On 54 minutes came the moment of the match and of Real Madrid’s season so far. Fans are back in stadiums in Spain at last and no one has made the most of it quite like Vinicius diving into celebrating supporters after his cool finish past Dituro from Benzema’s perfect ball over the top.

Courtois immediately had to make a double save from Iago Aspas and Augusto Solari as Celta served notice of how fragile the home team’s defence still was. But with livewire Vinicius at the other end Madrid looked to have more goals in them. Nestor Araujo was booked for trying to block the Brazilian’s run. 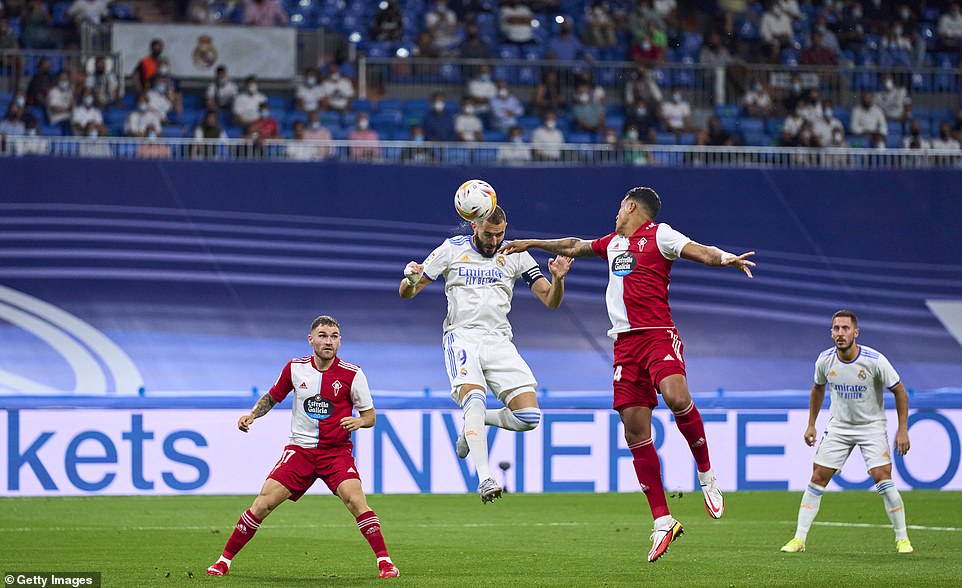 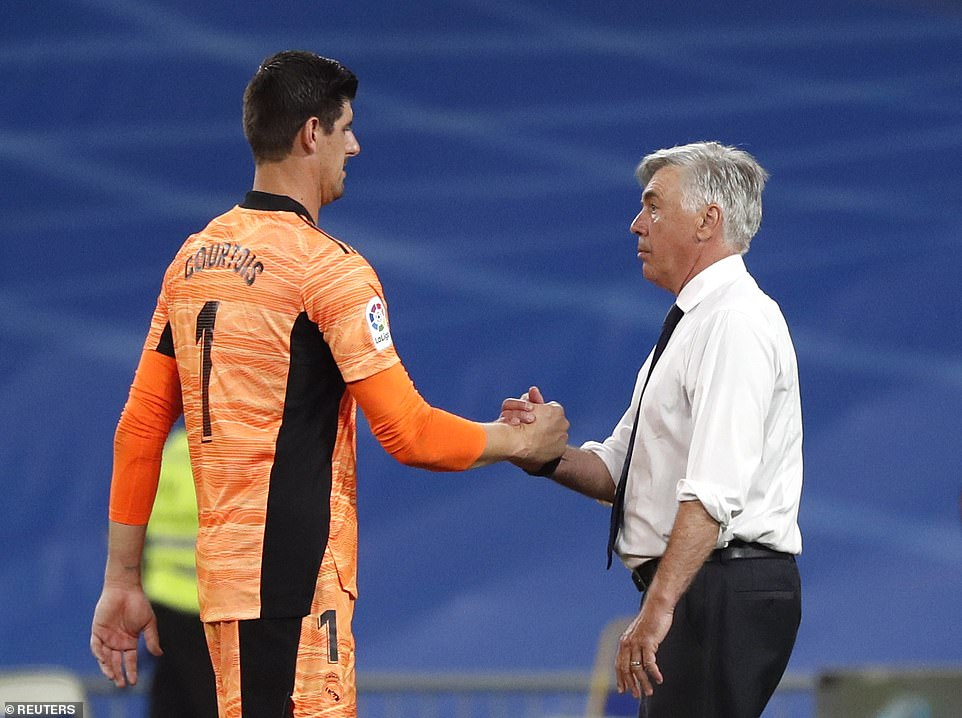 And after a mix-up at the back it was Vinicius who had his shot saved by Dituro.

Camavinga was now on for Eden Hazard and he followed in on Modric’s effort to score the fourth.

Madrid still have defensive issues but with Vinicius unplayable they have more than enough goals for it not to matter. The crowd chanted his name as he was brought down in the area. Benzema stepped to score the penalty and complete his hat-trick and the rout.