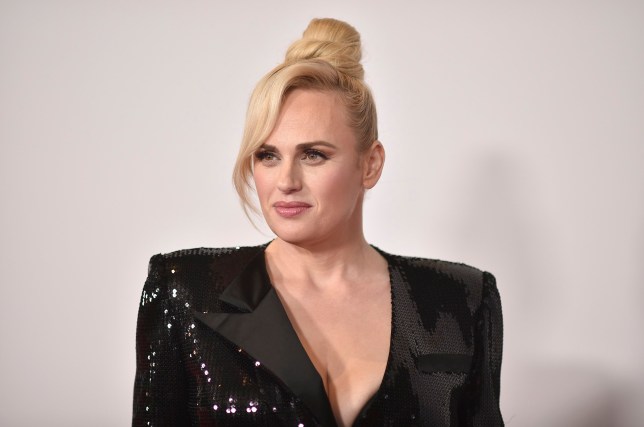 Rebel is here for the simple joy and effectiveness of walking (Picture: Richard Shotwell/Invision/AP)

Rebel Wilson has revealed the main way she shed weight during her self-described ‘Year of Health’ in 2020 – and it’s something basic that people overlook time and again.

The 41-year-old Bridesmaids star, who lost more than 30kg as she pursued a complete lifestyle overhaul, admitted that her secret weapon was ‘moderate walking’.

In an interview segment curated for Apple Fitness+ and its Time to Walk series, the actress recalled: ‘The doctor said to me, “Rebel, the best way for you to lose unwanted body fat is just simply walking.”

‘Doesn’t have to be high-intensity, doesn’t have to be uphill, just moderate walking an hour a day. And if you can do that, for you, for your body type, it’s, like, the best way to lose unwanted body fat.’

The actress had checked into an Austrian health retreat ahead of her health-kick in 2020, sharing that she received high-tech tests and treatments ‘designed to basically give your whole system a restart’.

However, that didn’t stop her doctor from giving her the basic tip of walking, which Rebel found ‘so interesting’.

Rebel’s ‘Year of Health’ was a big success for her (Picture: Getty Images)

The star previously joked she wasn’t sorry for ‘shamelessly’ posting photos on Instagram, both to celebrate and hold herself to account (Picture: Instagram/rebelwilson)

‘You come to this amazing place that has all the best high-tech stuff in the world for health, and then the thing that they recommend is something that you could do anywhere in the world, and you don’t have to have anything to be able to do it apart from the ability just to go for a walk.’

The star said she found the ‘simple solution’ suggested by the medic ‘really comforting’.

Rebel previously went public with her fertility struggles, having frozen her eggs and admitted that her desire to become a mother saw her prioritise her health.

The star also claimed that her team weren’t too happy to find out she was planning to embark on a weight loss journey.

Speaking on BBC Breakfast in December, Rebel explained how she got ‘a lot of pushback’ from her management when she told them she wanted ‘physically transform and change my life’.

‘They were like why? Why would you wanna do that? Because I was earning millions of dollars being the funny fat girl and being that person.’

The Aussie has also revealed that her journey was never ‘about a number or a dress size, or anything like that’, but rather her health.

‘It was just about being the healthiest version of me and I dedicated all of 2020 to doing that, and I’m proud of myself.’