She keeps her legions of followers entertained with her sizzling posts.

And Rita Ora looked incredible as she shared a series of bikini snaps her Instagram on Monday.

The singer, 30, showcased her jaw-dropping figure in a blue and white two-piece with a floral print. 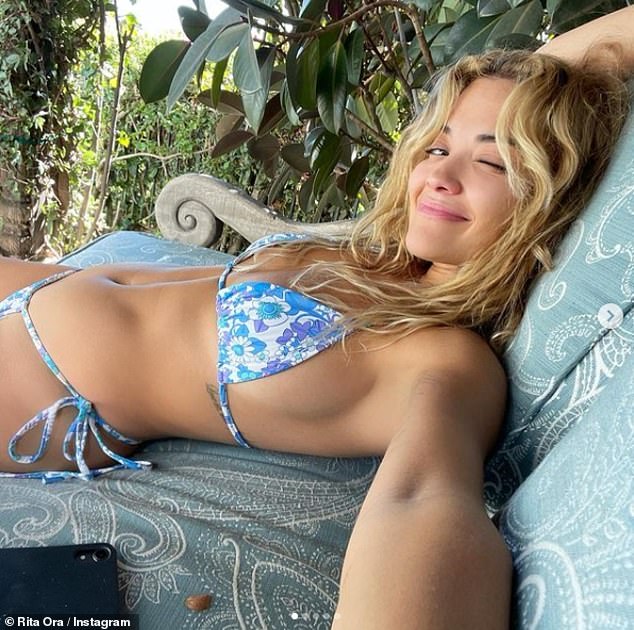 Stunning: Rita Ora looked incredible as she shared a series of sizzling bikini snaps to her Instagram on Monday

The hitmaker also sported a gold necklace while she let her blonde locks fall loose down her shoulders.

Showcasing her sun-kissed tan, the Masked Singer judge struck a series of playful poses for the camera.