Rita Ora stepped out with Ashley Benson for a day at New York Fashion Week.

Rita elevated her height with black and white lace up high heels and held a red slouchy bag with a chain in her hand. 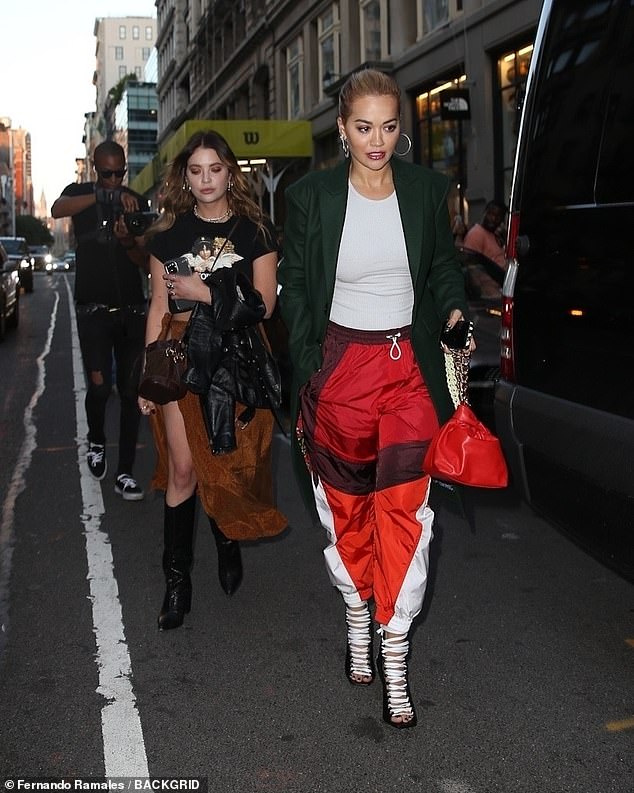 BFFs: Rita Ora, 30, showed off her unique sense of style as she stepped out with Ashley Benson, 31,  for a day at New York Fashion Week

The Pretty Little Liars actress slung a black leather jacket over her arm and had a small brown bag across her body.

Ashley let her long caramel locks flow in the breeze, while the Hot Right Now hitmaker slicked her platinum locks back into a ponytail.

Rita wore shining silver hoops in her lobes and had a flawlessly applied layer of make up complete with a purple smokey eye and pink lipgloss.

Ashley wore a flurry of rings on her fingers, a silver choker and her make up had an edgy vibe to it, with black kohl eyeliner in her waterline. 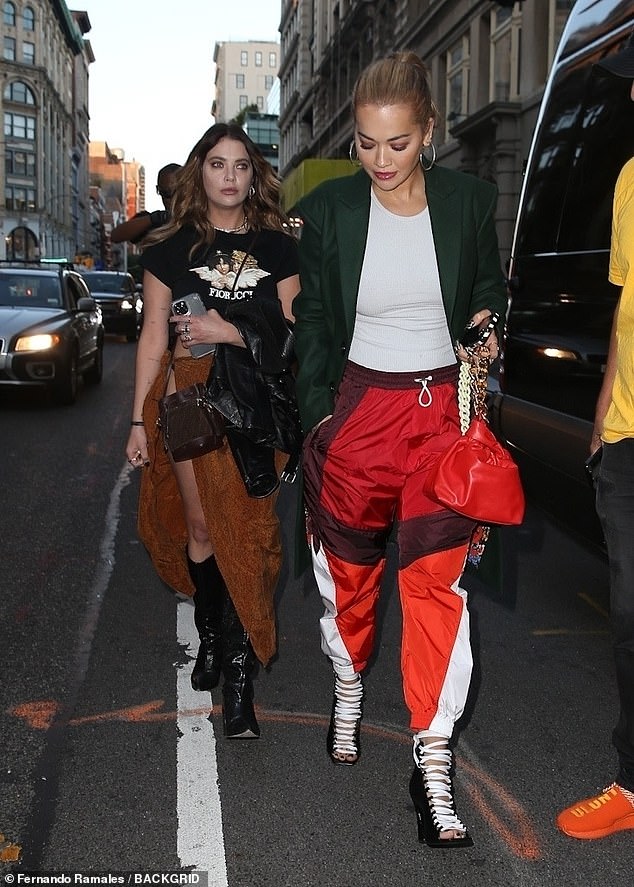 Like many other high profile celebrities, the two entertainers are in the Big Apple for New York Fashion Week.

On Wednesday she was seen boarding a private flight in Van Nuys, California with Kristen Stewart and Ashley Benson to fly across the country for the bi-annual event.

Rita is featured on one of the four covers of The Daily Front Row as the media company rolls out its Fashion Media Awards issue.

She recently re-posted her black and white cover and said: ‘Thank you Daily Front Row!!! This is an honour,’ before adding star emojis and, ‘Style Icon,’ with a starry eyed and smiley face emoji.

She will be celebrated as a 2021 Style Icon honoree at an event next week.

The outing comes as after it was reported that Rita is poised to return to the UK for the first time in nine months to reprise her role as a panellist on hit ITV show The Masked Singer. 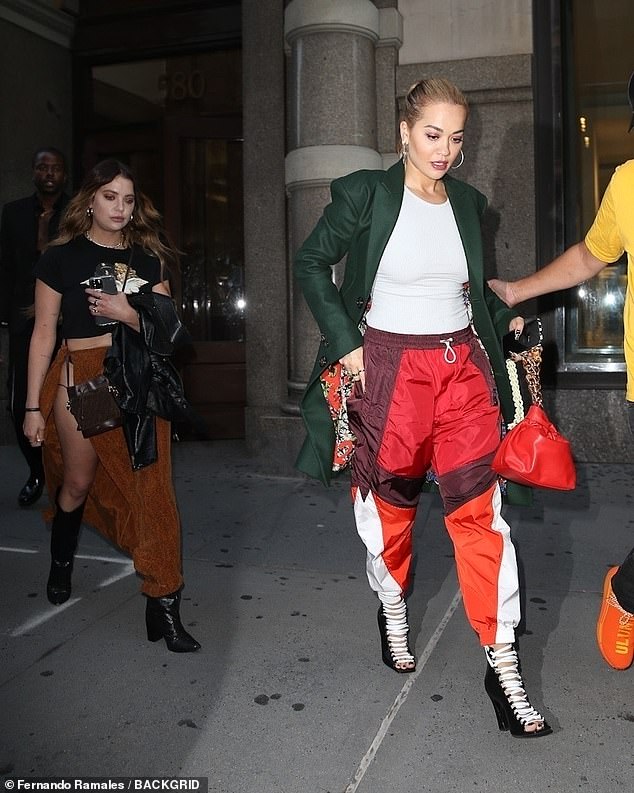 The beleaguered star left Britain in January after signing up for The Voice Australia, and has since relocated to Los Angeles with new boyfriend Taika Waititi.

But she will be back in the United Kingdom for two weeks of filming in October, her first appearance in the UK since drawing criticism for hosting her 30th birthday party at the height of Britain’s second national lockdown in November 2020.

A source told The Sun: ‘She loves doing the show and though she has set up a new life in LA, she was determined to still take part. 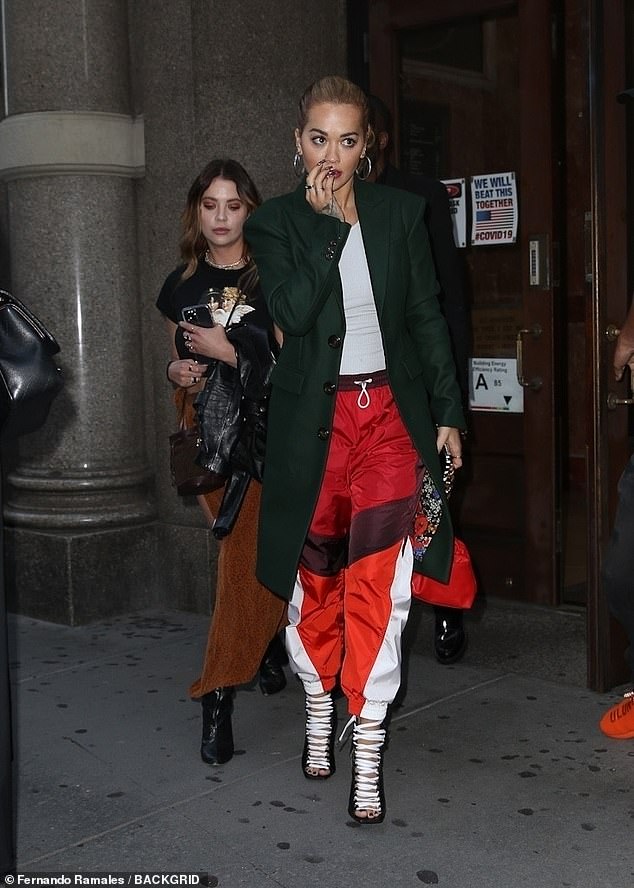 Outing: Rita elevated her height with lace up high heels and held a red slouchy bag with a chain in her hand while The Pretty Little Liars actress slung a black leather jacket over her arm and had a small brown bag across her body

‘She has been out of the UK for the whole of 2021 but she won’t be back for long because at the moment the trip is only scheduled for a fortnight.

‘There will be strict Covid rules on set but she’s hoping to see some family and friends while she’s here. It’s really important to her.’ 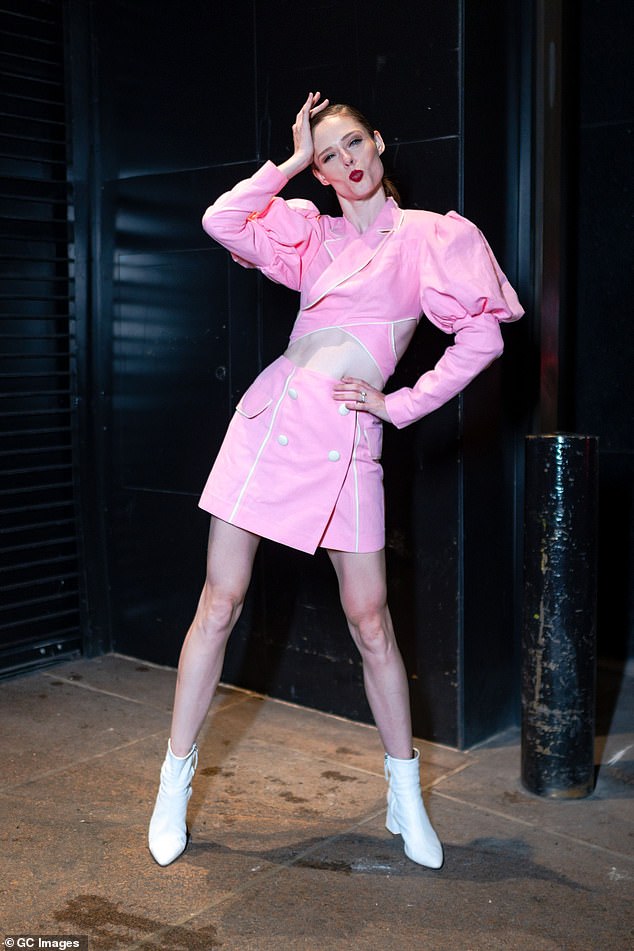 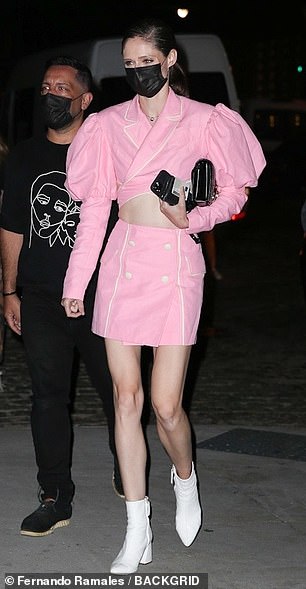 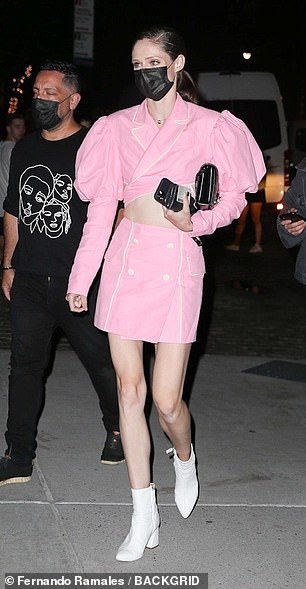 Glam: The model looked stunning in a pink co-ord which flashed her midriff 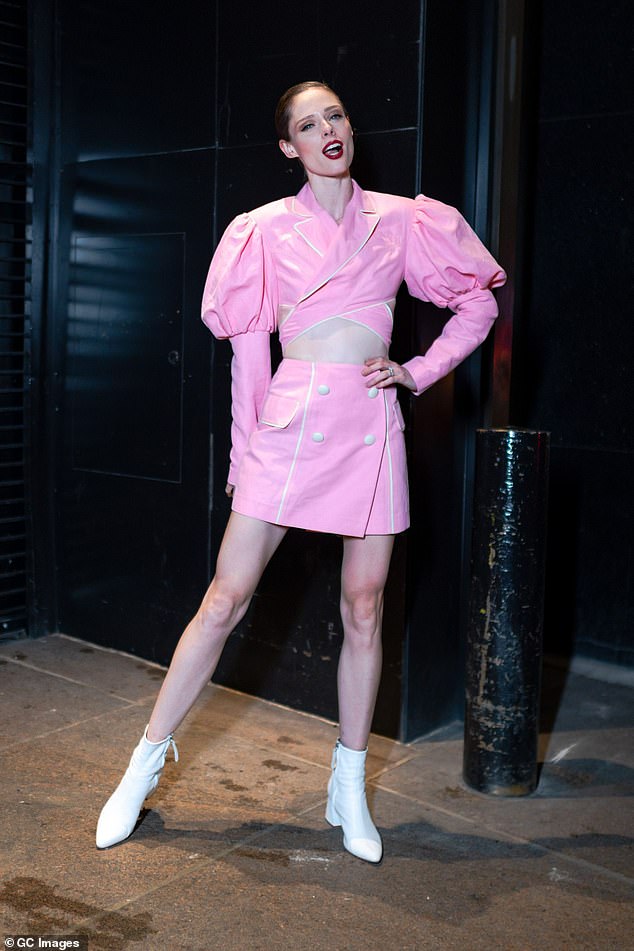 Work it! She certainly knew how to work her angles as she posed for snaps