Rita Simons has revealed she considered ‘throwing herself down the stairs’ amid her battle with depression.

The former EastEnders star revealed she was struggling to cope with the breakdown of her 14-year marriage to husband  Theo Silveston and it ‘ate her up’ keeping the news quiet.

She told The Sun: ‘It was all kind of lumped into one big mess and I was very ill a lot of the time. I lost a lot of weight. And I wasn’t telling people about the marriage because although my kids knew, I didn’t want them reading about it. That just ate me up, not being able to tell people what was really going on.’ 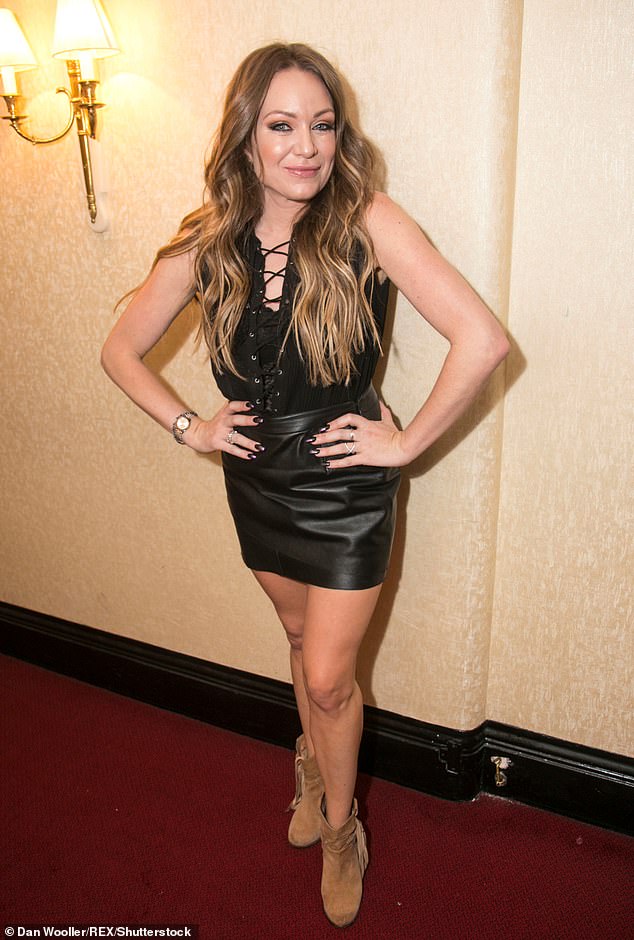 ‘I wanted to throw myself down the stairs’: Rita Simons reveals she considered hospitalising herself as she battled depression after her divorce from husband Theo Silveston

Revealing her rock bottom moment, she recalled one night during a performance of The House On Cold Hill in 2019: ‘There were some stairs on the set that I came on stage on, quite high at the top.

‘And I thought I could just chuck myself down. I didn’t want to die. I just wanted to hurt myself enough to go to hospital and have someone look after me. That was scary.’ 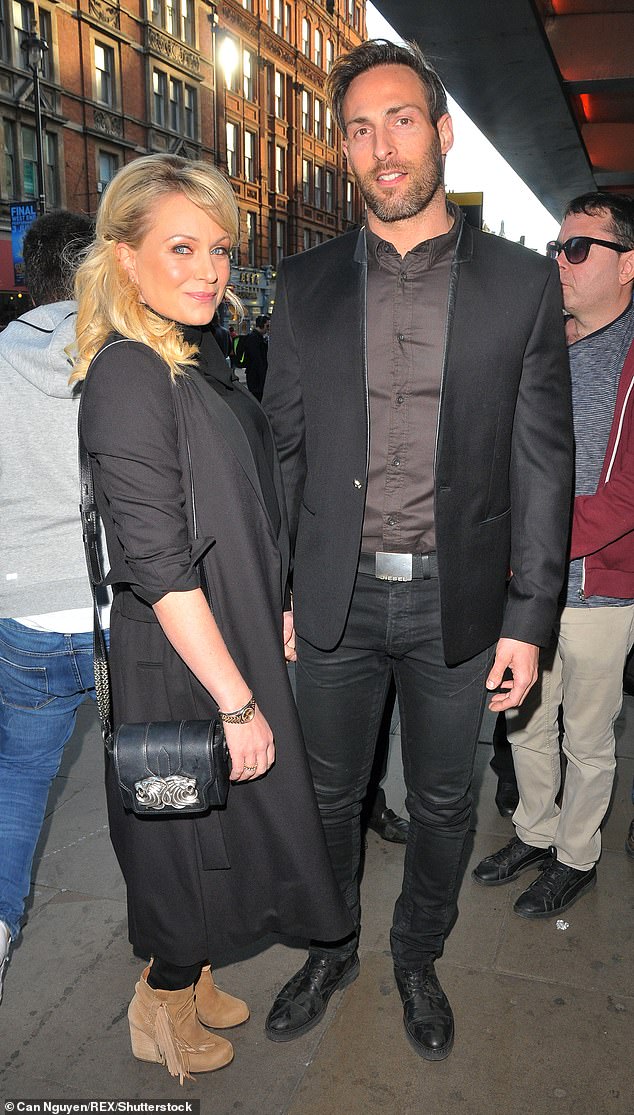 End of the road: The former EastEnders actress said she became ‘aggressive, hardened and defensive’ following the stressful split (pictured with Theo in 2017)

Rita – who is mother to twin daughters Jaimee and Maiya, 15 – and hairdresser Theo admitted she struggled to get out of bed when she was at her worst.

She said: ‘When I look back, I used to be quite aggressive, hardened and defensive, like I was on guard all the time.

‘If something bad happened, I’d be the first to go, ‘Raagh!’, and start screaming.’

Rita said she used to challenge her anger at the gym where she took up boxing, insisting she doesn’t lose her temper today and that the time away from her marriage has ‘softened’ her.

Reflecting on some of her lowest moments, the former I’m A Celebrity… Get Me Out of Here! campmate said: ‘It was a deep sadness, I would say a depression. I couldn’t see the wood for the trees.’

While the star, who has battled anxiety and OCD from around the age of seven, knew she should take some time out, she kept herself busy with work, signing up to appear in West End musical Everybody’s Talking About Jamie and pantomime Sleeping Beauty after leaving EastEnders as Roxy Mitchell in 2017.

Rita is still friends with Theo today but described their divorce process as ‘cold’ and ‘clinical’.

She has now found love with Ben Harlow who she toured with for a year Legally Blonde: The Musical in 2017, with the performer describing him as ‘the loveliest man on the planet’.

For confidential support call the Samaritans on 116 123 or visit a local Samaritans branch, see www.samaritans.org for details. 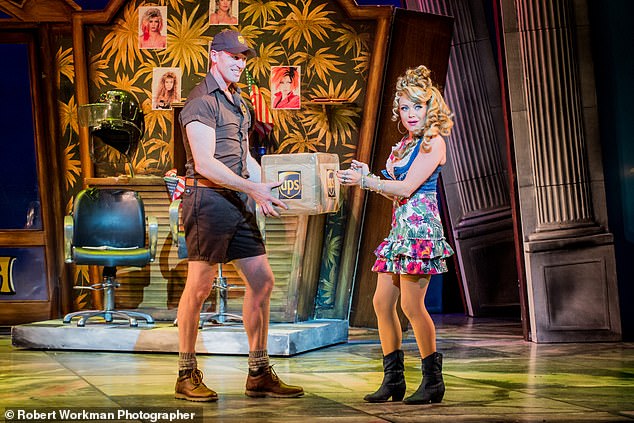 New beginnings: She has now found love with Ben Harlow who she toured with for a year Legally Blonde: The Musical in 2017