Riverdale actress Camila Mendes shared in a new interview that ‘you can use fame as an act of revenge.’

The 27-year-old posed for a sensational glamour spread in Elle and dished about the upsides and shortcomings of being a celebrity.

‘Fame is great as a tool for saying: “Look at me now.” And I definitely felt that way in the beginning of my career,’ she candidly revealed. 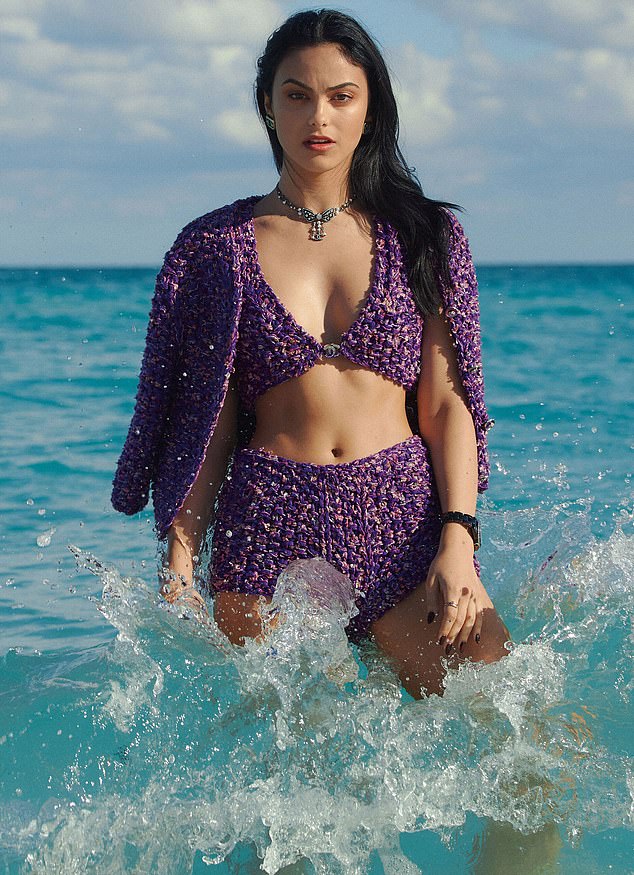 Candor: Riverdale actress Camila Mendes shared in a new interview with Elle magazine that ‘you can use fame as an act of revenge’

‘I was like: “Hey, all the exes that screwed me over! All the friendships where we had a falling out! Look! Being separated from you has actually been very good for me!”‘

She added: ‘But at the end of the day, that is not real. Fame is pretty meaningless. There’s not much value there in terms of how you’re actually doing in your life, or how fulfilled you feel in your own life, or even how good your work is, right?’