Rochelle Humes looked effortlessly chic as she arrived at ITV Palooza in London on Tuesday night.

The media personality, 32, went braless beneath a stunning green tweed suit for the event, held at Royal Festival Hall.

The ensemble paid homage to the 60s as it consisted of a double breasted blazer and matching flared trousers as she went topless underneath. 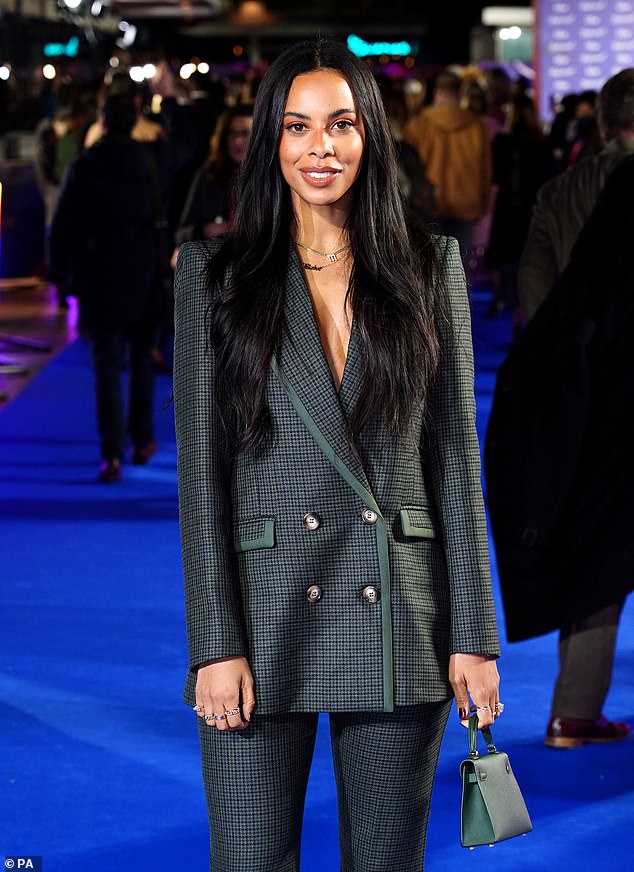 Rochelle styled her sleek raven tresses in soft waves which fell over her shoulders while she posed up a storm at the glamorous affair.

She carried her belongings in a trendy green micro bag which she held in her hand.

Highlighting her natural beauty, she opted for a subtle make up look consisting of gold eyeshadow, and a neutral lip colour. 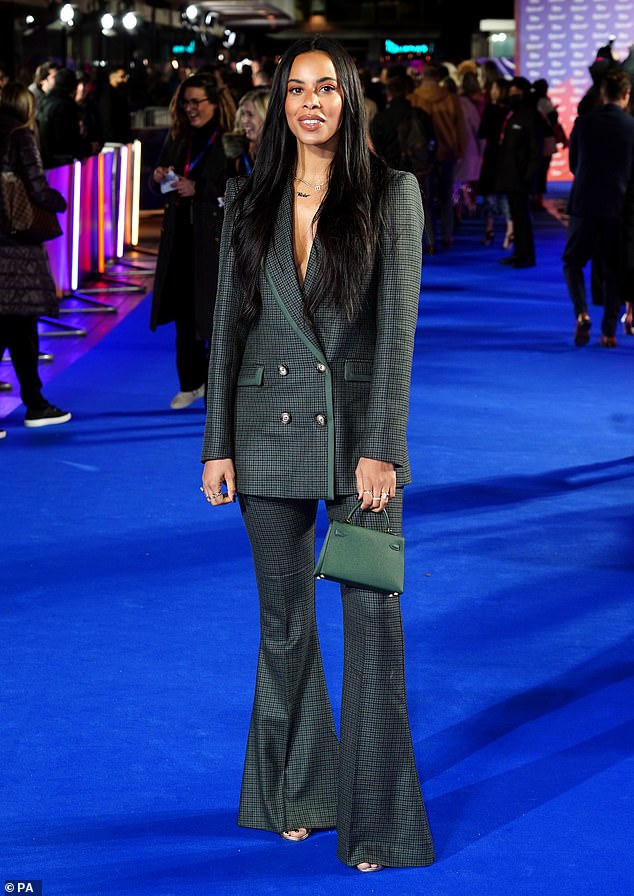 Looking good: The media personality wore a stunning green tweed suit for the event which is being held at Royal Festival Hall

The former Saturdays star attended the annual event which is held as a commercial and programming showcase for new ITV ventures and returning shows ahead of the coming season.

The event was not held last year due to the pandemic.

Rochelle recently hit back at claims that she was ‘too posh to push’ following her ‘gruesome’ three C-sections.

Revealing that she had been left ‘really offended’ when someone directed the comment at her in the past, Rochelle said: ‘I thought I was going to have a natural birth, I thought that was what I was supposed to do.’

Speaking to Kate Ferdinand on her My Little Coco Podcast, Rochelle explained: ‘It didn’t happen that way, but I was OK with that. What I wasn’t ready for was the negative connotations that come with having a C-section.’

She went on: ‘I’ve been in situations before where people have said, ”Oh, are you too posh to push?” 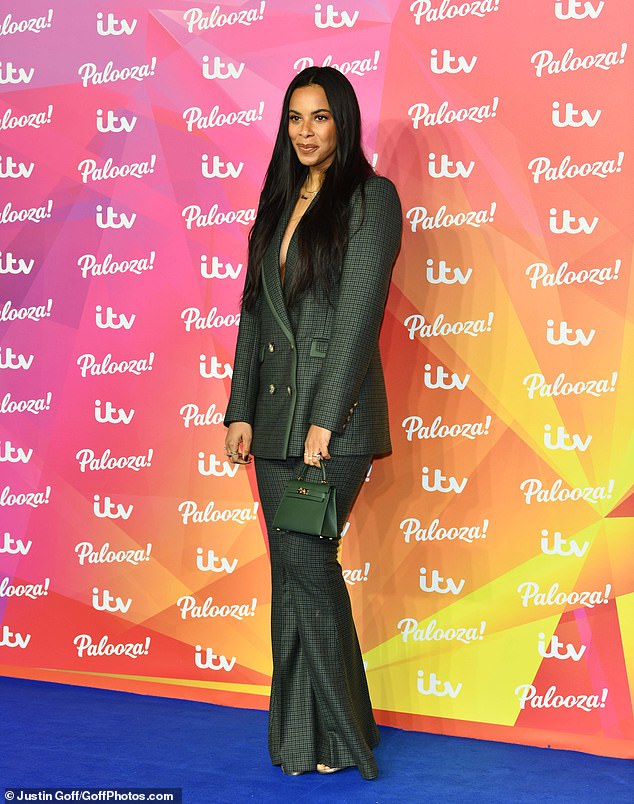 Amazing: The ensemble paid homage to the 60s as it consisted of a double breasted blazer and matching flared trousers as she went topless underneath