Roma boss Jose Mourinho sparked a social media hunt after revealing he had been injured by a player in training.

‘The Special One’ took to Instagram to inform his followers of the incident during Friday’s training session.

Mourinho posted a video of himself receiving medical attention, accompanied by a playful caption. 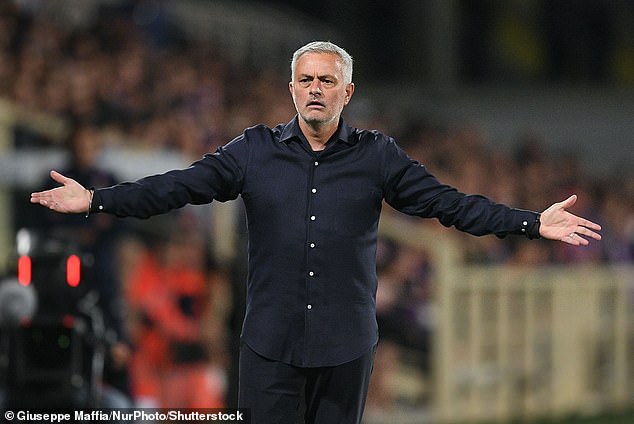 And while the former Chelsea, Manchester United and Tottenham boss teased at the identity of the perpetrator, a closed-mouth emoji suggested he wouldn’t be divulging any further clues as to who left him seeking treatment to his damaged left foot.

He wrote: ‘If you see me limping or wearing flip flops you know that a player K kicked me ….K is RK or MK?.’

The 59-year-old’s caption was followed by a series of laughing face emojis as he clearly saw the funny side of the clash.

Mourinho’s teasing words suggested the culprit may be either defenders Rick Karsdorp or Marash Kumbulla. 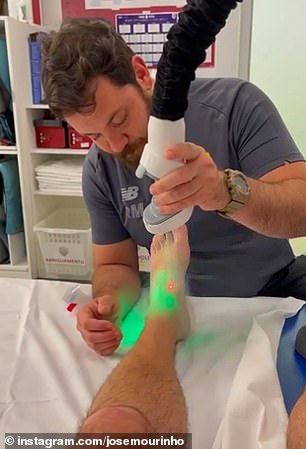 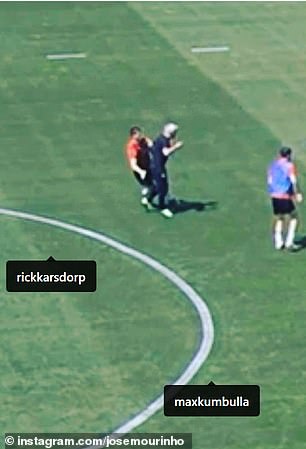 The amusing post went down well with his 2.7million followers and even prompted the coach’s former treble-winning Inter Milan goalkeeper Julio Cesar to reply: “You’re a doubt for the final!”

He said: ‘After @rickkarsdorp being bullied on social media I have to post this picture and say @maxkumbulla is guilty.’

Although Mourinho made light of the incident, the set back was hardly ideal in the build up to the Europa Conference League final against Feyenoord on May 25.