For a fleeting 20 minutes or so, it looked as if Rory McIlroy was going to conjure up a final-round comeback for the ages at the Abu Dhabi HSBC Championship yesterday.

He could feel it. The crowd could feel it. Any of his peers who bothered looking at a leaderboard would have felt it too. What a rich irony it would have been, given the many ways over the years that McIlroy has contrived to snatch a near miss from the jaws of victory at this event that he has never won.

Alas, the moments passed and by the end the Northern Irishman was left with the rather more familiar feeling of disappointment that invariably accompanies his walk from the 18th green at this season opener. 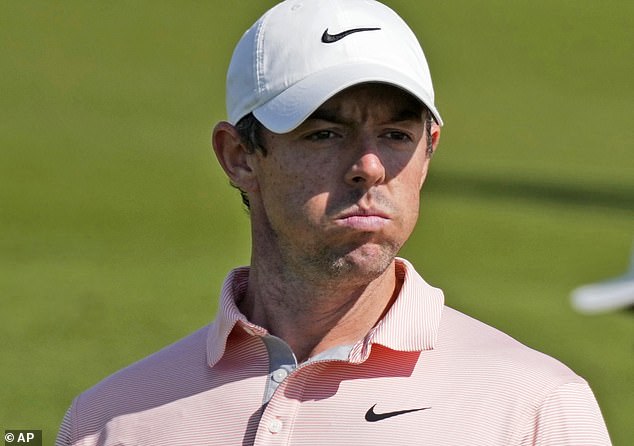 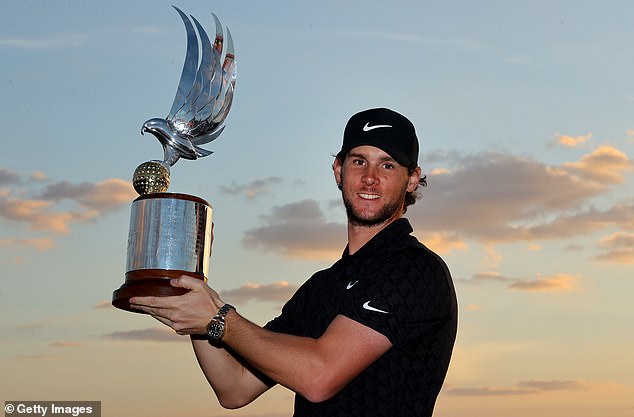 Six under par for 13 holes and in a highly improbable tie for second place, having only made the cut on the limit on Friday evening, McIlroy believed that if he could play the tortuous final five holes into a stiff breeze in two under, he would post a number that no one would catch.

As it turned out, no one would have topped it either, the only trouble being that McIlroy became another victim of that brutal sequence, dropping three shots instead for ‘only’ a 69. A top three was downgraded to a top 12.

All the ingredients had been there for 13 holes: great shots, a fluky birdie putt that dropped from 50ft and a holed second shot from 141 yards for an eagle at the ninth.

‘I knew I had a chance at that stage.’

A bogey at the 14th punctured the atmosphere, while another at the 17th killed it dead. Going for broke at the 18th, he found only the water hazard.

McIlroy admitted that he was feeling ‘more negatives than positives’ at the close, as he contemplated the short drive to Dubai for this week’s event. Late bogeys will do that to you. 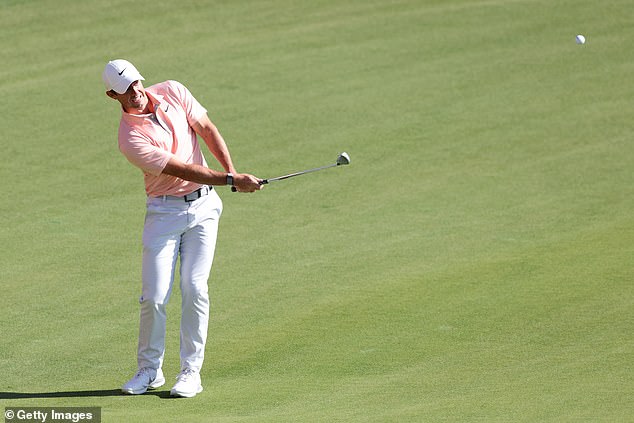 Nevertheless, there were plenty of encouraging signs as he moves on to an Emirates course and a Desert Classic tournament where he claimed his first pro victory in 2009 and also won in 2015.

The leaderboard at the start of play had a strong British/Irish feel but pacemaker Scott Jamieson from Scotland was clearly a bag of nerves while Shane Lowry never recovered from a disastrous triple bogey at the first.

Instead, the precious win, together with the £1million first prize, went to Belgian Thomas Pieters, an outstanding Ryder Cup rookie in 2016 who has rebuilt his career over the past 12 months. The 29-year-old shot 72 to win by a stroke from Spaniard Rafa Cabrera-Bello and Shubhankar Sharma from India.

Tyrrell Hatton bounced back from his horrendous nine at the 18th on Saturday that ended his chance of a successful defence. He even birdied the 18th for a 67 to be the leading Brit alongside Ian Poulter and another Englishman, James Morrison, in sixth place.

Not that his concluding birdie changed Hatton’s opinion of the finishing hole, which he described as the worst he had ever played following his third round. ‘I’d still blow it up,’ he said.

In fact, the new venue as a whole drew a rather lukewarm reception from the stars. Hatton said he might not show up in 2023, while McIlroy smiled ruefully when told it was due to be staged here at Yas Links for another three years. ‘See you in 2026,’ he quipped. 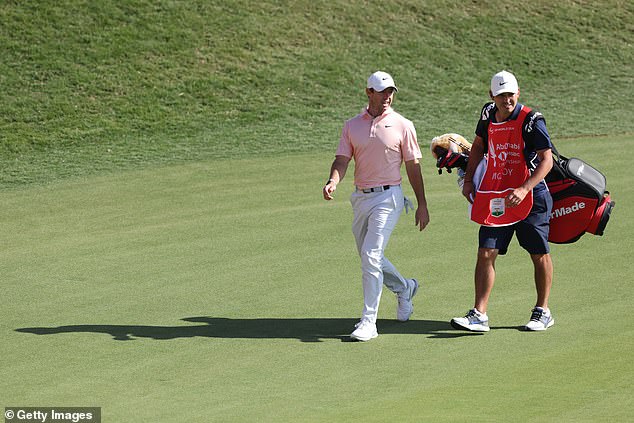