European captain Padraig Harrington has named Henrik Stenson as his fifth vice-captain for the Ryder Cup, which gets under way at Whistling Straits next Friday.

Stenson has made five appearances in the contest as a player and been on the winning side three times, most recently in Paris in 2018 when he won all three of his matches after being given a wild card by captain Thomas Bjorn. 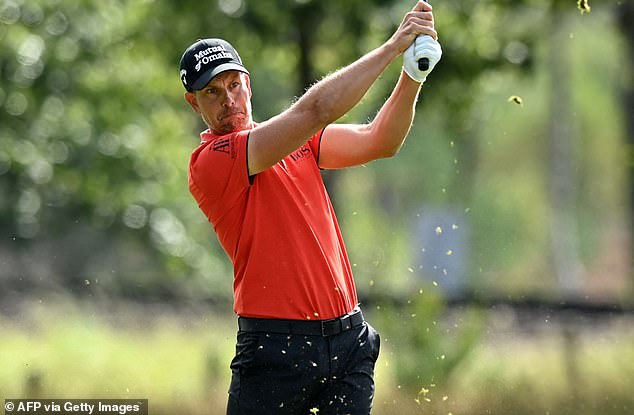 Stenson said: ‘It’s a great honour to get the call and to be involved with Team Europe.

‘I’ve been part of five Ryder Cup teams in the past and to be given the opportunity as a vice-captain to help Europe’s quest to retain the Ryder Cup is exciting.

‘Padraig called me on Monday morning and it was not a long conversation. I accepted straight away and I assured him that myself, along with the other vice-captains are there to help and assist him and the team in any way we can.

‘We have a very strong team. It’s a mix of huge experience along with three guys who will take on their first Ryder Cup – and that’s a great combination. We have strength in depth so I’m looking forward to getting out there and seeing the boys perform. 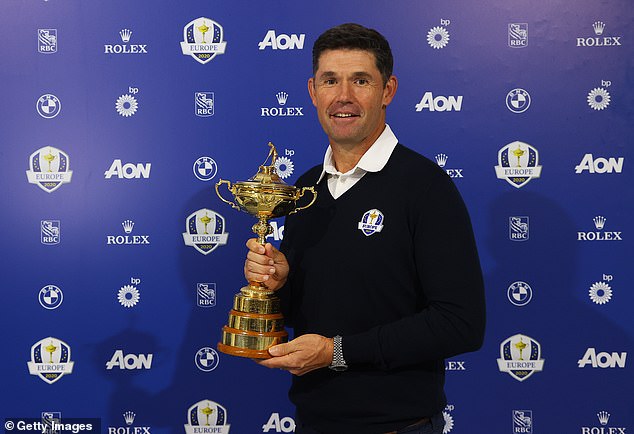 ‘It’s no secret that winning on away soil is always a little bit harder, but the boys are ready for that challenge. It’s all going to come down to how well we play during the week but I have every faith in our team.’

Harrington, who selected Sergio Garcia, Ian Poulter and Shane Lowry as his wild cards on Sunday, said: ‘Henrik will bring so much to the week in all aspects both on and off the course.

‘Everyone is aware that the Ryder Cup can be a tense week at times too, so Henrik’s renowned wit and sense of fun will benefit our team room immensely. It will also be helpful to have the cool head of the ‘Ice Man’ around should any stressful situation emerge.’