Would it feel like a true Ryder Cup without Ian Poulter, eyes bulging, revelling in the manic atmosphere and having a target on his back?

As long ago as last March, Europe’s captain Padraig Harrington wasn’t prepared to contemplate the unthinkable.

‘He took me out to dinner and spelled out what he wanted from me,’ revealed the Postman.

‘Paddy said: “Look, I need you to go out and play good golf this summer, I want you to be part of the team again for all the value that you bring.” I left that dinner and I knew what I had to do.’ 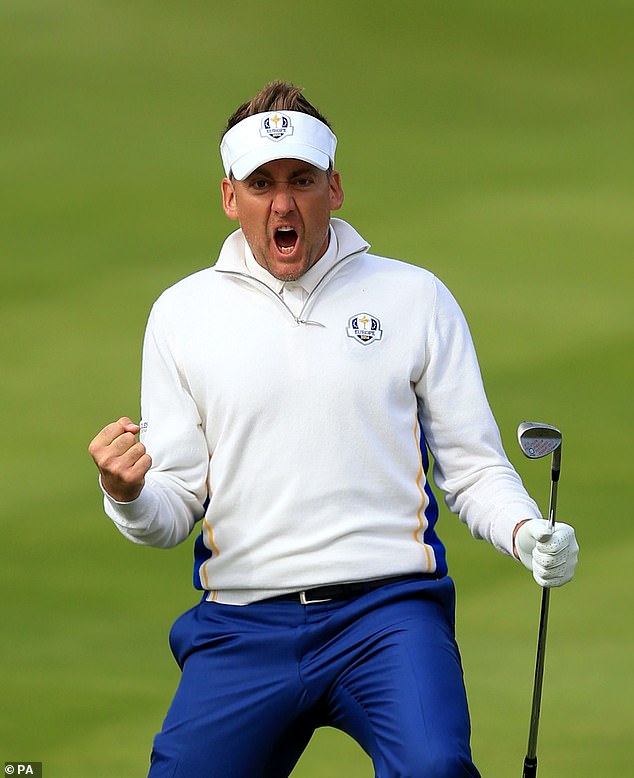 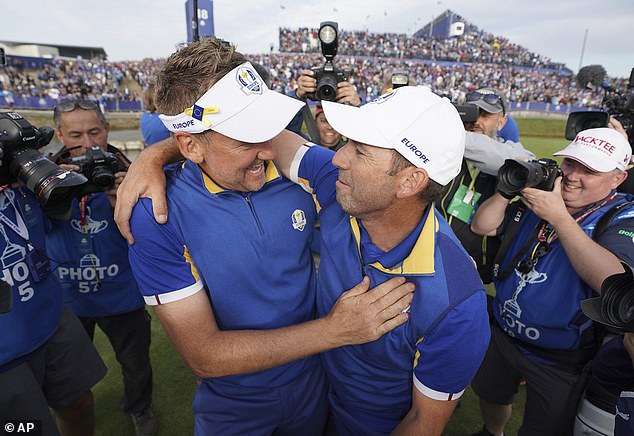 Poulter, nicknamed ‘The Postman’, (left) is in Europe’s Ryder Cup squad as a captain’s pick

Twelve top 40 finishes in 15 starts was good enough for Harrington to remain steadfast in his belief that, at the age of 45, Poulter can deliver once more. Not even a late run from another Ryder Cup legend in Justin Rose could dissuade him.

‘I’m not sure what the secret is, to be honest, but I come into the team room with the mindset of adrenalin, determination and passion above all,’ he said.

‘I can be as selfish as the next golfer when it comes to 72 hole tournaments but that week I’m happy to put my arm around the shoulders of my team-mates and give everything for the other 11 players in the room.

‘I think I can also play with anyone. I can play foursomes and fourballs and I’ve delivered most of my points when it comes round to the singles. I have that confidence, experience and belief that I can justify my pick. What can I say? I just love the Ryder Cup.’

It’s fair to say the Americans are going to set up the Whistling Straits course in a way that they hope will neuter Poulter’s gifts. You can tell by their picks that this will be a track for the bombers of the game, with holes stretched to their full length and wide-open fairways.

You think Poulter’s bothered? That would hardly be the warrior we know now, would it? ‘I’m not worried about that,’ he said. ‘You still have to get the ball in the hole. That’s what match play is about. I’m fourth on putting stats this year. If you look at the pure putting stats over the years, you’ll see that I’ve holed quite a few, and right now I feel comfortable with a putter in my hand.

‘And we don’t know how the course is going to play. It’s right on a lake, so is it going to be windy as it has been in the past when the USPGA has been staged there? It’s late September, don’t forget. If it’s windy, is that going to suit the Americans, like it would suit most of our players? 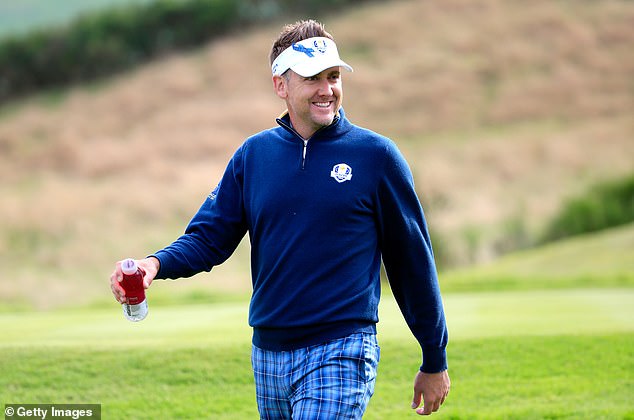 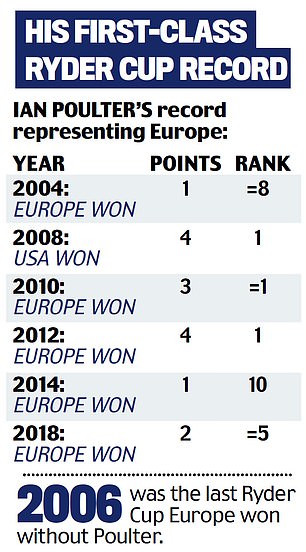 ‘Don’t get me wrong, the players they have, they’re nearly all in the world’s top 20, so they’re a really stacked team. So we’re the underdogs. But, as we’ve seen in quite a few Ryder Cups, we never mind being the underdogs.’

It’s nine years now since the Miracle of Medinah and the Ryder Cup that identified Poulter as Europe’s talisman and America’s nemesis. Nine years since surely the greatest single performance in the competition’s history, when he reversed the home side’s seemingly unstoppable momentum virtually all by himself on Saturday afternoon to set up the incredible final day.

Accordingly, he knows he’ll be in for some special treatment from an audience that will be nearly all American. He sounds like he’d be disappointed if it was any other way.

‘I’ve had a target on my back for so long and it’s always the same, the trick is to feed off the energy of those rooting against you,’ he said.

‘It’s pretty self-motivating, to be honest, when you hear that energy being expended in a way to motivate their team.

‘We know it’s going to be a bit different this time as our fans can’t get there but I’m still expecting to see quite a few ex-pats and people cheering for Euro blue. They’ll find a way. 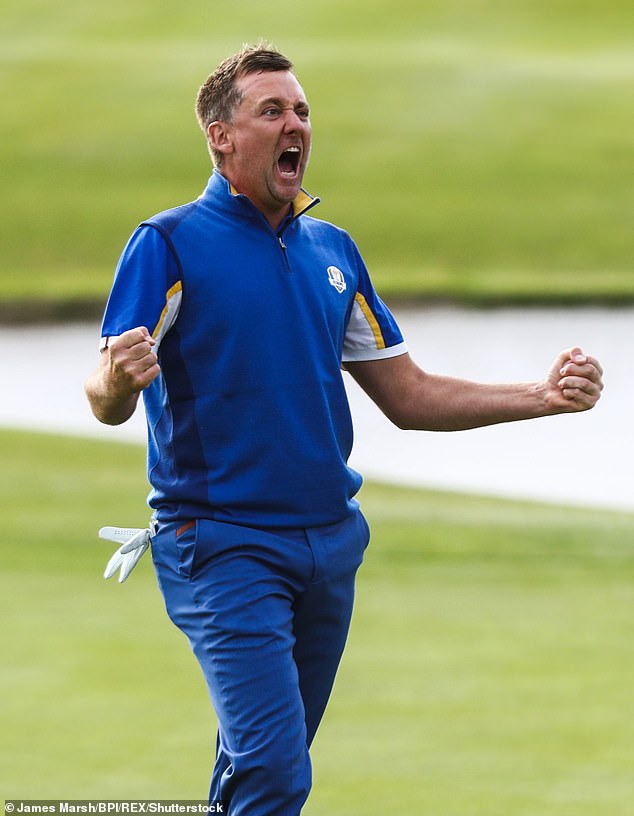 ‘As for the home fans, we saw with our girls in their brilliant Solheim Cup victory that there’s a way of making that support work for you rather than it being draining.

‘I look around at the experience we’ve got and I feel confident we can follow their example.’

Harrington was rather stretching the point on Sunday when he said Poulter was playing the best golf of his life but he’s certainly shown plenty of consistency this summer to deliver on the captain’s words to him last March and justify his inclusion.

This will be his first American Ryder Cup since Medinah and perhaps his final turn as a player. Win or lose, you can guarantee that he won’t go quietly.