House Of Gucci was nominated for the group’s top prize of best movie cast. It will compete for that honor against Belfast, CODA, King Richard and Don’t Look Up.

The SAG Awards, voted on by members of the SAG-AFTRA acting union, are scheduled to be handed out at a ceremony in Los Angeles on February 27. 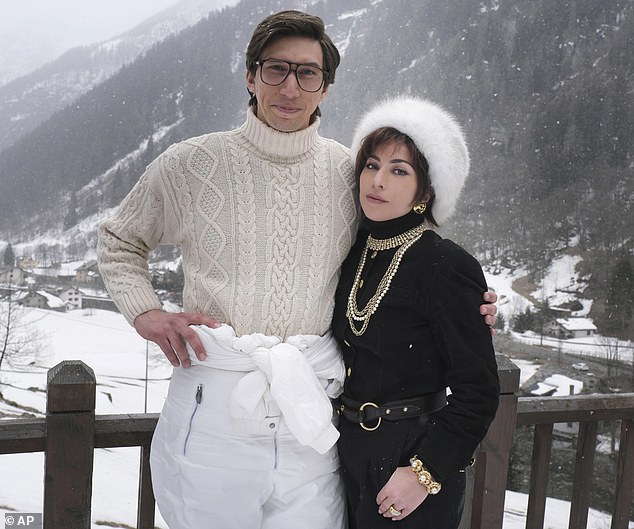 The results are closely watched because actors form the largest voting group in the Academy of Motion Picture Arts and Sciences, the organization that will present the Oscars in March.

Netflix Inc scored the most SAG movie nominations of any film studio, with seven in total.

The nominees were announced Wednesday by actors Vanessa Hudgens and Rosario Dawson on Instagram Live.

While the nominations were conducted virtually due to the surge in COVID-19 cases, the streamed announcement still represented one of the most meaningful mornings in an awards season largely snuffed out by the pandemic. 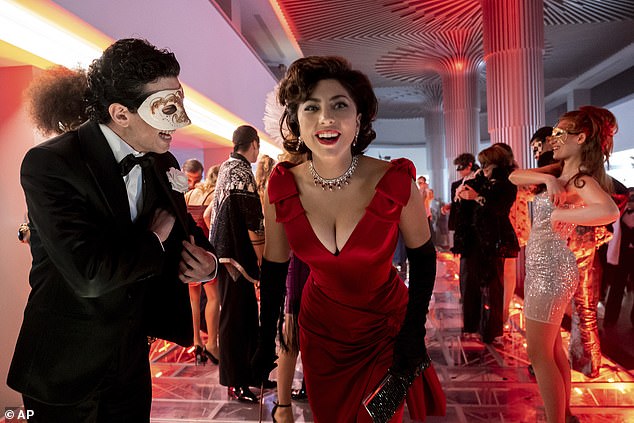 She made it: Will Smith, Lady Gaga (pictured) and Ben Affleck landed individual nominations for the 28th Screen Actors Guild Awards. 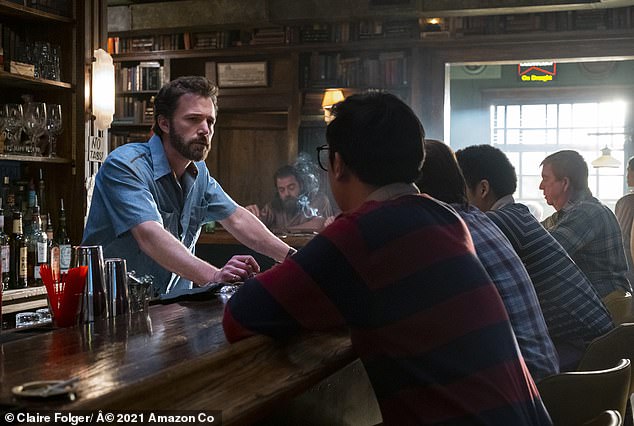 A standout film for him: Ben Affleck, left, was nominated; seen with his co-stars in the movie

Joining Belfast and CODA for best ensemble were the casts for House of Gucci, Don’t Look Up and King Richard.

Notably left out were the casts of Steven Spielberg’s West Side Story (which did land a supporting nod for Ariana DeBose) and Jane Campion’s The Power of the Dog.

The Golden Globes, usually the kickoff party in the final stretch leading up to the Academy Awards, made barely a peep. 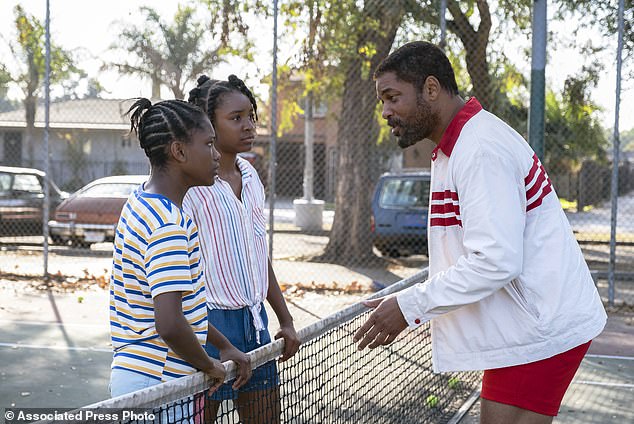 Ace: Will Smith, right, was singled out too; seen with Demi Singleton, left, and Saniyya Sidney in a scene from King Richard 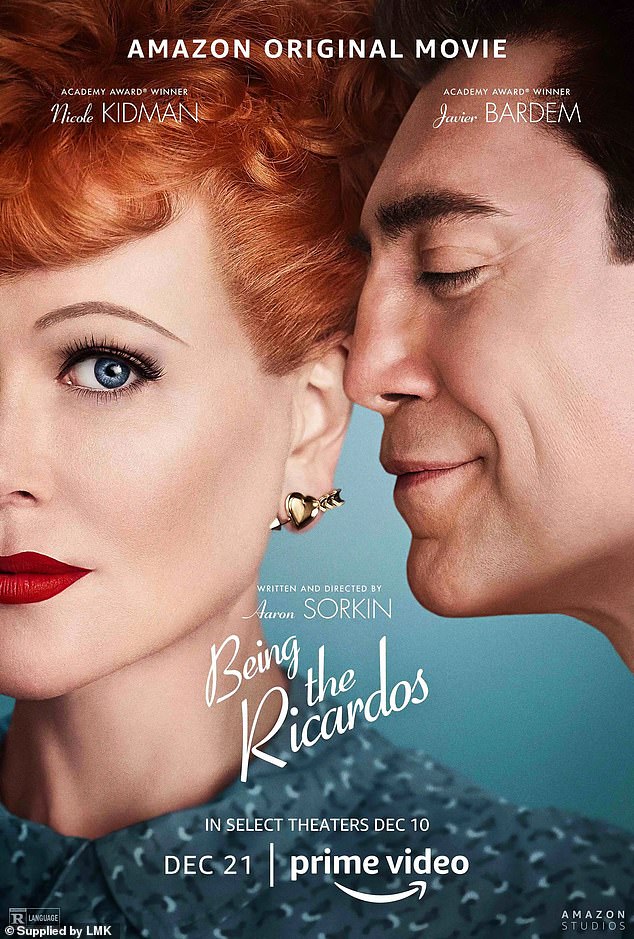 They stood out: Both Nicole Kidman and Javier Bardem were nominated for their work in the film Being The Ricardos

They were unceremoniously announced Sunday on Twitter in a private ceremony due to Hollywood’s boycott of the beleaguered Hollywood Foreign Press Association over diversity and ethical issues.

The Omicron surge also prompted the Critics Choice Awards to postpone its January 9 in-person gala. For the second year, Oscar season has gone virtual – and struggled to make much noise.

The nominees for best male lead actor are: Will Smith (‘King Richard’), Cumberbatch, Denzel Washington (‘The Tragedy of Macbeth’), Andrew Garfield (‘Tick, Tick … Boom!’) and Javier Bardem (‘Being the Ricardos’). 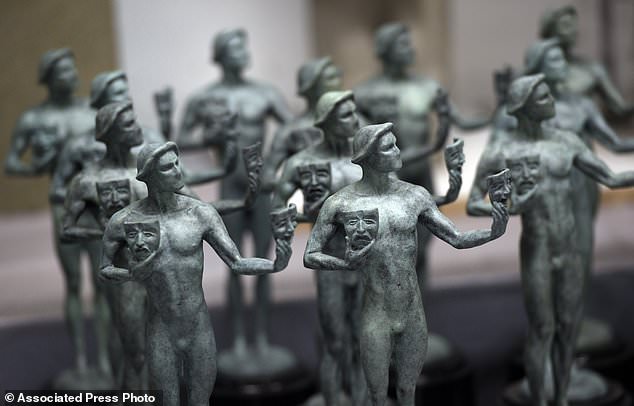 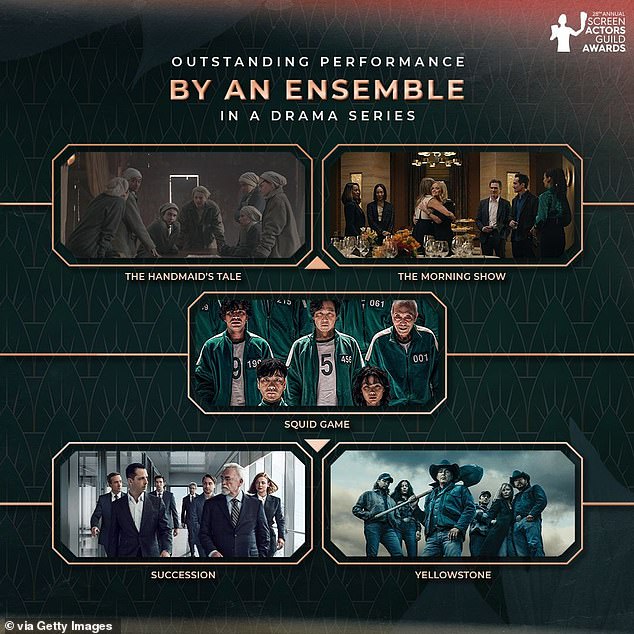 The TV shows were announced too: The Best Ensemble for a Drama Series went to The Handmaid’s Tale, The Morning Show, Squid Game, Succession and Yellowstone

Up for best female lead are: Lady Gaga (‘House of Gucci’), Jessica Chastain (‘The Eyes of Tammy Faye’), Olivia Colman (‘The Lost Daughter’), Nicole Kidman (‘Being the Ricardos’) and Jennifer Hudson (‘Respect’).

The SAG Awards, presented by the actors guild SAG-AFTRA, are among the most reliable Oscar bellwethers. Seldom does a movie or performance not nominated by the screen actors end up winning at the Academy Awards.

Actors make up the biggest percentage of the film academy, so their choices have the largest sway. 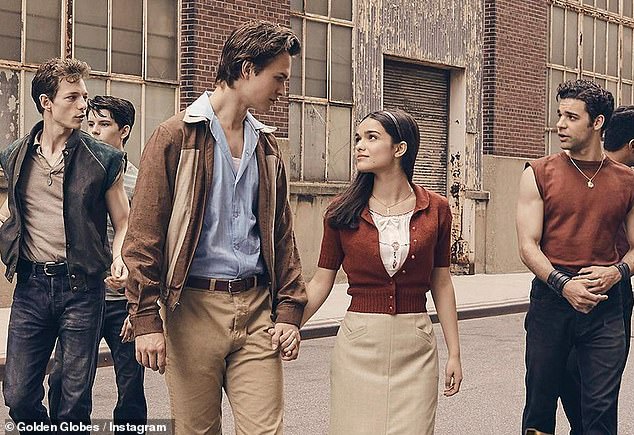 Somewhat overlooked: Notably left out were the casts of Steven Spielberg’s West Side Story (which did land a supporting nod for Ariana DeBose); seen center are Ansel Elgort and Rachel Zegler

But last year, SAG and the academy diverged more than usual.

Only one of its acting winners – Daniel Kaluuya (‘Judas and the Black Messiah’) – repeated at the Oscars. (The other SAG winners were Chadwick Boseman and Viola Davis in ‘Ma Rainey’s Black Bottom,’ and Yuh-Jung Youn in ‘Minari.’)

The Aaron Sorkin courtroom drama ‘The Trial of the Chicago 7’ won best ensemble at a virtual SAG Awards while Chloé Zhao’s ‘Nomadland’ – which included many nonprofessional actors and went unnominated for ensemble – triumphed at the Oscars.

The 28th annual SAG Awards are to be held February 27 and will be broadcast on TNT and TBS. The Oscars are scheduled for March 27. 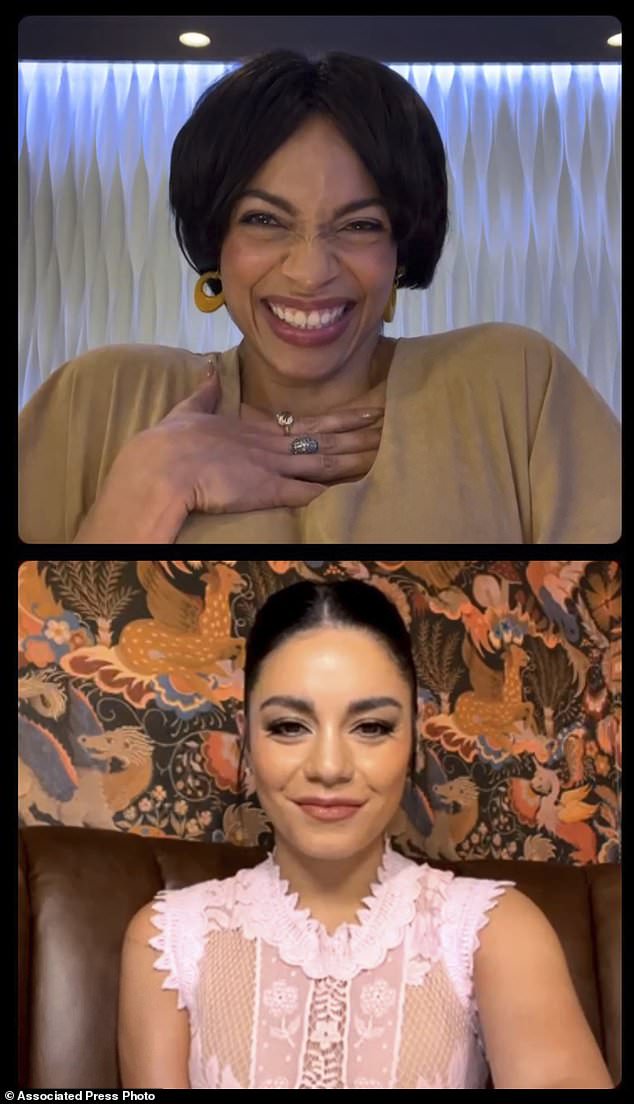 They did a great job: Rosario Dawson, top, and Vanessa Hudgens, bottom, present the nominees for the 28th SAG Awards

Oscar Isaac (‘Scenes From a Marriage’)

Outstanding Performance by a Male Actor in a Comedy Series

Steve Martin (‘Only Murders in the Building’)

Martin Short (‘Only Murders in the Building’)

Outstanding Performance by a Female Actor in a Comedy Series

Outstanding Performance by an Ensemble in a Comedy Series

‘Only Murders in the Building’ (Hulu)

Outstanding Performance by a Male Actor in a Drama Series

Outstanding Performance by a Female Actor in a Drama Series

Outstanding Performance by an Ensemble in a Drama Series

‘The Morning Show’ (Apple TV Plus)

Outstanding Performance by a Female Actor in a Supporting Role

Kirsten Dunst (‘The Power of the Dog’)

Outstanding Performance by a Male Actor in a Supporting Role

Kodi Smit-McPhee (‘The Power of the Dog’)

Outstanding Performance by a Female Actor in a Leading Role

Nicole Kidman (‘Being the Ricardos’)

Outstanding Performance by a Male Actor in a Leading Role

Javier Bardem (‘Being the Ricardos’)

Benedict Cumberbatch (‘The Power of the Dog’)

Denzel Washington (‘The Tragedy of Macbeth’)

Outstanding Performance by a Cast in a Motion Picture

Outstanding Action Performance by a Stunt Ensemble in a Motion Picture

‘Shang-Chi and the Legend of the Ten Rings’

Outstanding Action Performance by a Stunt Ensemble in a Television Series

‘The Falcon and the Winter Soldier’